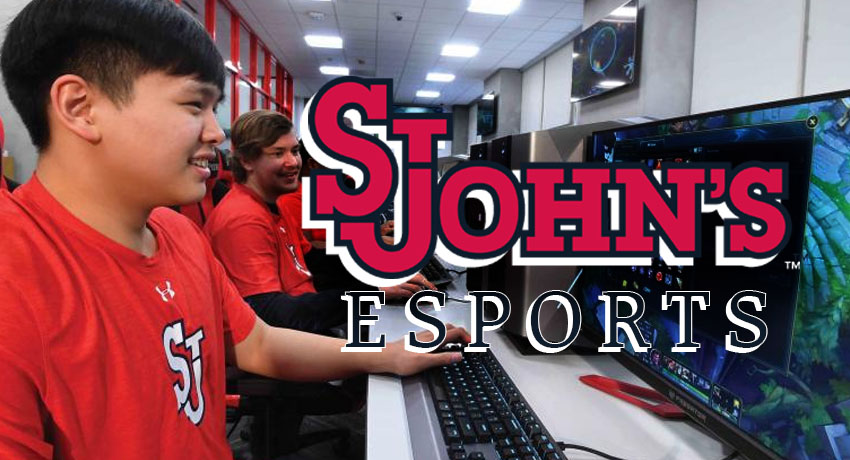 It’s 5:30 p.m. on a Wednesday afternoon. On the picturesque Queens campus of St. John’s University, collegiate esports students spill out of academic buildings, looking forward to dinner and a chance to relax. But in a brightly-lit room inside the main library, a group of undergrads barely notice the passage of time. 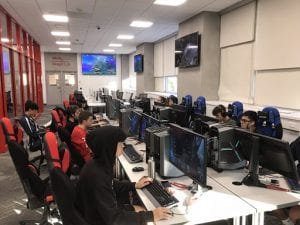 “Crestron has been a longtime partner with St. John’s,” says Crestron representative Ron Epstein. “Our technologies are all throughout the classrooms, buildings, and non-classroom areas on campus. We have a technology called DM NVX, an AV-over-IP technology that offers a pixel-perfect picture quality, video quality, audio quality, and offers basically no latency at all—and obviously, in gaming, latency or lag is an absolute killer.”

St. John’s has taken Crestron’s techno-ball and run with it. They use a mixture of classroom tech and gaming-specific hardware to develop its dedicated esports space.

“A big push for us last year was taking a full-on leap into esports gaming,” says SJU instructional technology assistant Nicholas Skrotzki. “Our CIO had met with a couple other schools within the Big East [athletic conference], and they had all expressed interest in doing esports competitions. And we needed the space to do it. So the idea came up to recycle this old computer lab into a new space for customized equipment and customized emerging technologies, and we said, ‘hey, why not?’” 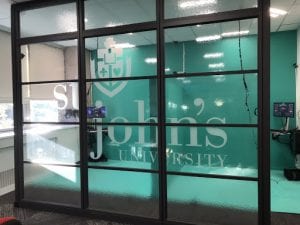 “Old” is hardly a word that applies to this esports facility. The facility features a dozen top-of-the-line gaming stations, each furnished with 144 Hz monitors, headsets, and ergonomic chairs.

Next door, a work-in-progress area contains 15 custom-built game stations designed by Maingear. In this room, every computer cabinet have the SJU crest. Each station is equipped with an Oculus Rift virtual reality headset, and the monitors can be adjusted to optimize space for VR-immersed students. These stations can stream directly onto screens in the other room and vice-versa. 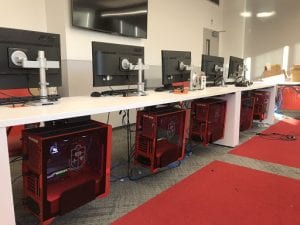 All of the computers in the esports facility come with the three titles important to the St. John’s University Red Storm: Overwatch, League of Legends and Rocket League. Students can download additional games to the stations, but only those ranked Teen or below by the Entertainment Software Rating Board.

“Not at this time, for Counter-Strike,” says Skrotzki. SJU is gung-ho about esports, but some of the faculty members at the Catholic university are uncomfortable with the realistic violence of the popular first-person shooter. 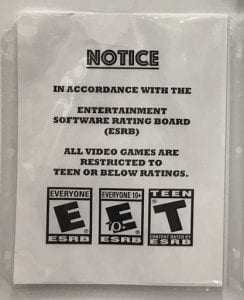 “Most of our player base is limited to League, Overwatch and Fortnite,” says TechComm student worker Zoe Wong.

Wong, a sophomore, is the manager of St. John’s League of Legends team.

“To be able to come here and play with your friends and sit right next to them, I think it adds a lot to the whole community aspect,” says Wong. “And it demonstrates that esports, or gaming in general, isn’t just a really isolated thing—you can enjoy it with friends.”

Indeed, as the light dims outside, the Technology Commons only grows more crowded. One student approaches Skrotzki and his boss, associate director of academic technology Gary Young, to request an additional one-hour time block at his station.

“Everything in this space is free,” says Young.

An Answer to Esports Growth

Across from this gaggle of gamers, a group of students posts up at the Commons’ bank of non-gaming computers. Their activities are backdropped by a stack of whirring 3-D printers in the glass-walled room next door.

SJU’s meticulously designed esports facility reflects the rapid growth in collegiate esports over the last few years. Though the NCAA declined to expand into esports earlier this year, organizations such as ESL (Big East’s esports partner), the National Association of Collegiate Esports, Tespa and Collegiate Starleague administer leagues for all major esports. In January, Wired reported that US colleges had given out $15 million in esports scholarships over the past year.

“We’ve had a lot of conversations with other colleges that are looking to grow their program, or start their programs, because obviously not every college has one,” says Epstein. “These schools are looking at it beyond just a perspective of, ‘hey, let’s give the kids a place to play video games.’ They’re looking at it as a revenue generator, like athletics. There will be scholarships, there will be programs built around it, they’ll have sports management classes based around esports.” 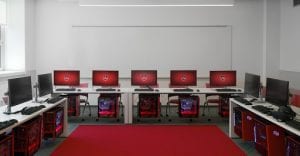 Bolstered by the positive student response, St. John’s esports facility will soon expand to include new forms of gaming and entertainment. Skrotzki mentions plans to repurpose part of the nearby D’Angelo Center into an area for console esports. He noted that students had used the center to run Super Smash Bros. Melee tournaments prior to the opening of the university-sponsored esports facility. “What kind of spurred this idea for this esports gaming area is that you’ll find students here who are dedicated, who bring in the old CRT TVs for Smash.”

But the dream project, says Skrotzki, is room 238. The one with the virtual reality headsets and the vinyl-decal SJU crests.

Written and photographed by Alexander Lee 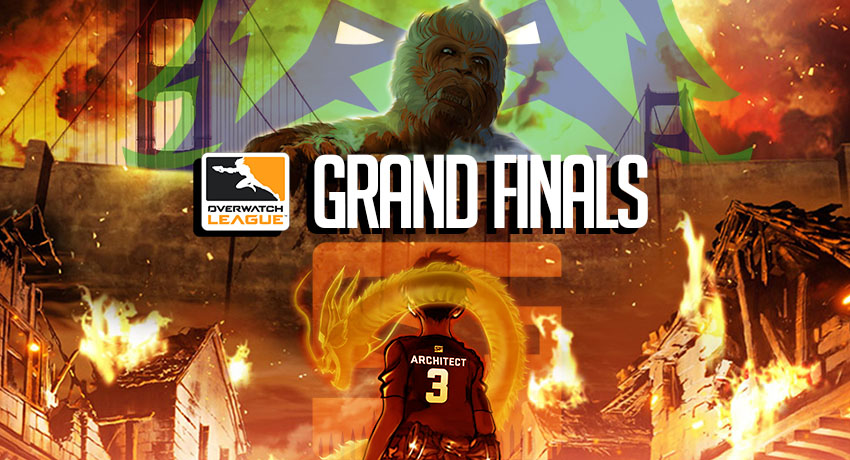 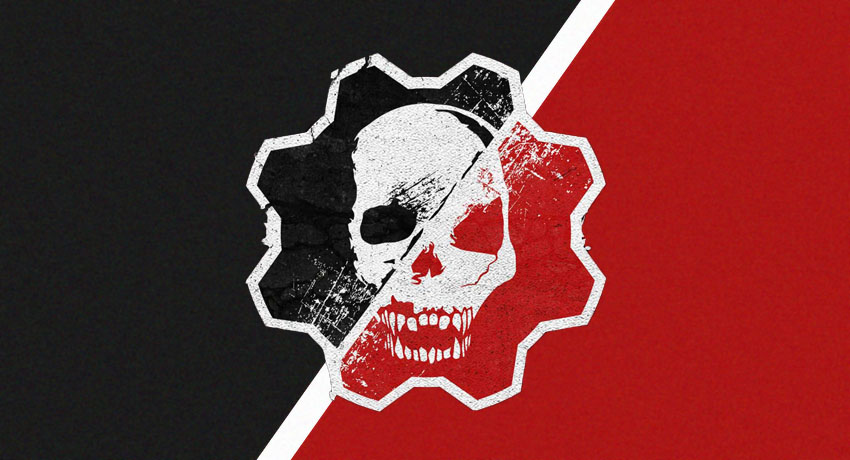