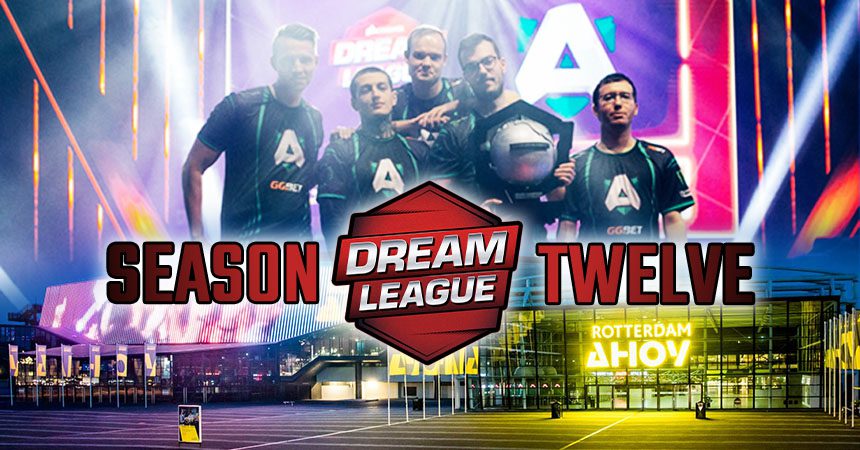 DreamLeague Season 12 was held in the same space as its FPS counterpart, but that’s where the similarities ended. Both are of course very different games to begin with and the raucous audience of the latter contrasted sharply with Dota 2’s much smaller, quieter one.

Another notable difference was found in the prize pools. Where the Counter-Strike teams competed for $100,000 USD, Dota 2’s squads were playing for part of a $250,000 USD pot. This seems odd until you take online viewership into account. Here the MOBA would end up doubling CS:GO’s numbers.

DreamLeague’s setup also included a panel and casters to discuss and commentate the games. There would be quite a lot for them to unpack.

Beforehand, a casual glance at the participating rosters might have suggested this event would be between European powerhouses Alliance and Team Liquid. After all, these were the two teams who had come out on top during the region’s MDL Chengdu Major qualifier earlier in the month.

And while Alliance indeed made quick work of their opponents, Liquid ran into trouble early. Having to concede first place in their group to Ninjas in Pyjamas, they started day two in the lower bracket. And their problems didn’t end there as, after defeating FlyToMoon, they were themselves eliminated by North American qualifier squad Demon Slayers.

Prior to this tournament, nobody had heard of this team. They’d gone 0-2 in groups the previous day, but now had not only eliminated Team Liquid, but direct invitee J.Storm before them. Only veteran Peter “ppd” Dager’s Ninjas in Pyjamas now stood between them and the Grand Finals.

On Championship Sunday, nobody in the arena knew what to expect of the newcomers. Would the nerves of a new squad at their first LAN get the better of them, as they had on day one? Or would they continue their giant-slaying ways?

The first game versus NiP was certainly not their strongest, but in the second DS mid-laner Danny “iAnnihilate” Cote put the team on his Queen of Pain’s shoulders and blinked it to the finish line with an 18-0-23 record. A smoke gank turned a 35 minute-long deficit into a finals spot in the teams’ last meeting.

To the surprise of many, the Grand Finals would be between powerhouse Alliance and newcomers Demon Slayers Even though Alliance had not dropped a game of their own yet, the hype surrounding their challengers had put the audience squarely in the Demon Slayers’ corner. And for a moment it seemed like their faith would be rewarded. 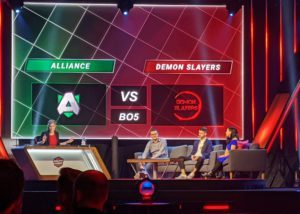 The Grand Finals between powerhouse Alliance and newcomers Demon Slayers.

The best-of-five started with an aggressive match, which clocked sixteen deaths by the ten-minute mark. After killing the enemy Lifestealer, an Alliance attempt at taking Rosh saw them instead give up four kills and the Aegis. Not about to let that happen again, they tried to play it safe during their next go at it but were outmaneuvered by Demon Slayers once more. Winning the resulting team fight, the latter took over the game. They simply refused to die in any of the following fights and destroyed the Radiant Ancient easily.

Game two would be a much slower affair. A combination of bad luck and misplays from the DS side saw Alliance get ahead early. With their team having stronger scaling, this should have been an easy win. The Demon Slayers again managed to turn things around in a team fight, however. It took them half the time of the previous game to close this one out.

Alliance stayed cool though. Their next draft was a little more focussed on the early game and combined comfort picks with easily executable synergies. Demon Slayers from their end went with a very magic damage heavy line up. This would prove problematic, as the Alliance cores really only needed a Black King Bar to counter the entire DS team. Though the latter did show some cheeky plays, they gave away too much during these encounters. Eventually, they ran out of responses to the likes of a farmed Linus “Limmp” Blomdin Templar Assassin and a similarly fed Nikolay “Nikobaby” Nikolov Gyrocopter.

Having learned their lesson, the North Americans would pick a more varied draft in game four. Initially, this seemed to work, with Alliance’s play feeling too scared at times. They managed to get their wins where it counted though, taking out the biggest threats on the DS team in consecutive team fights. From there, Nikobaby’s Juggernaut would not be stopped, putting the series on 2-2.

Alliance’s slow and steady play continued on match point. DS had a more mobile line-up and both sides managed kills on the other. But like before, Alliance weathered the storm until they were just too big to fail. Which they didn’t, taking the game, the series and the tournament.

It was a more than deserved win. Still, Demon Slayers could leave the arena with their heads held high. Not only did they defeat several professional squads, but they had taken the tournament winners to five games as well. In a time when there’s a lot of discussion about the viability of lower-tier teams, they showed us that the talent is definitely there. We just need to foster it.

DreamHack has announced that season thirteen of DreamLeague will take place in Leipzig, Germany, from January 18th through 26th, 2020. This edition will count as a Major, making it the country’s first Dota Pro Circuit event in 2 years. The accompanying Minor will be organized by WePlay in Bukovel, Ukraine, the week prior. 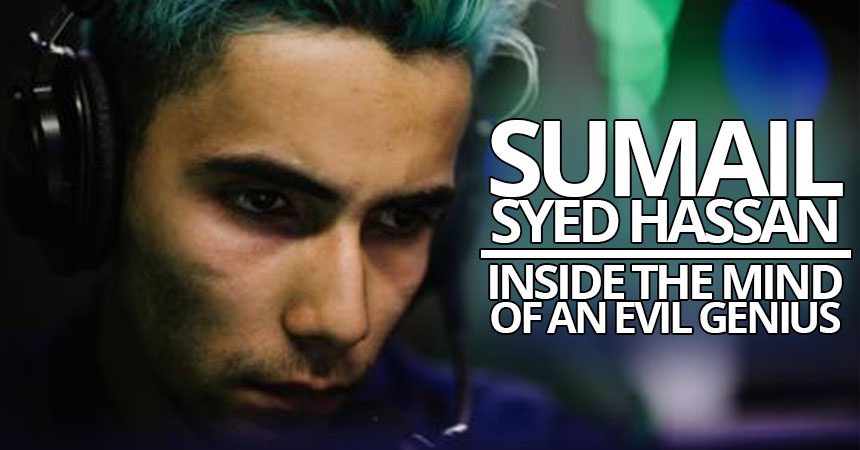 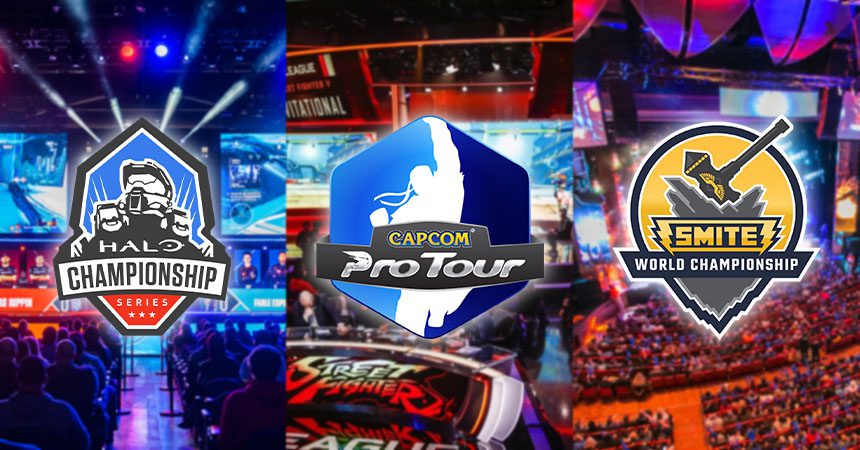