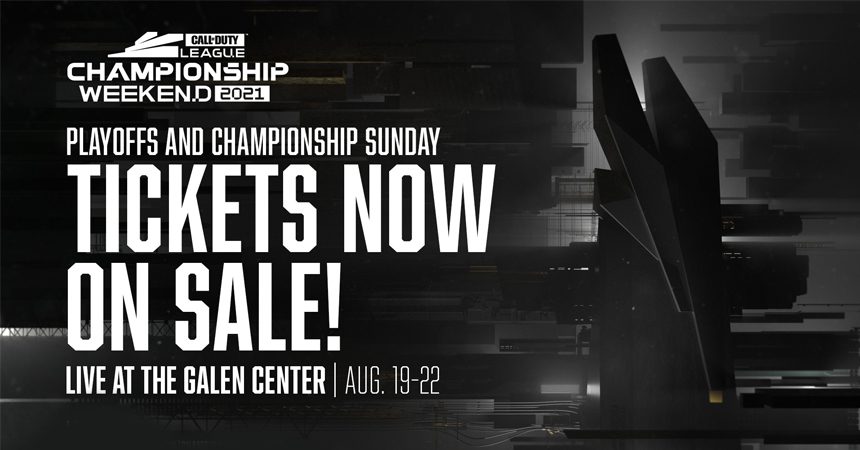 Activision has finally announced the dates for the Call of Duty League 2021 Championship Weekend, which will take place from August 19 to August 22, in the Galen Center, in Los Angeles. The Championship weekend marks the end of the 2021 Call of Duty League esports season. The eight top-ranked teams in the regular season battle in a playoff tournament for a $2.5 million prize pool, with the winner taking $1.2 million.

After one year of online play because of the COVID-19 pandemic, the 2021 champions returns to offline action. And on top of that, Activision announced the return of live audiences, starting with the Call of Duty League Stage 5 Major and with tickets for the CDL Championship Weekend already on sale. Although all fans must wear masks and anyone under the age of 13 is not permitted to attend the event.

Only the top eight teams in the regular season will qualify for the 2021 Call of Duty League Championship Weekend. Seeding into the bracket is based on CDL Points that each team earned throughout the 2021 season.

The top six teams get seeded into the Winners Round, with the first and second place teams qualifying directly to Winners Round 2. Seventh and eighth seed will start in the elimination bracket and face the losers from Winners Round. Each match is a best-of-five series, however, Elimination Rounds are played in a one-and-out format. Finally, the last two teams will compete in a best-of-nine series on Call of Duty League Championship Sunday.

In most Call of Duty esports matches, two teams compete in three separate game modes – Hardpoint, Search & Destroy, and Control – and winning a game earns a team one match point.
In Hardpoint, the first team to 250 points wins or the team with the most points when the game timer reaches zero. Teams must rush to secure a section of the map, the Hardpoint, while battling the opposing team. Teams earn one point for every second they own the location, which moves to a new area every 60 seconds.

In Search & Destroy, teams must detonate or defuse the bomb in one of two locations or eliminate the opposing enemies. S&D is the only mode in the Call of Duty League that doesn’t feature respawning. Teams alternate between attacking (planting the bomb) and defending (defusing). The first team to reach six wins in the mode, wins the match.

Finally, in Control, a mode that combines elements from the previous ones, teams must capture or defend two zones on the map within a time limit or eliminate all respawns of the opposing team. Each team gets a collective 30 lives per round, which ends by capturing both zones on offense, running out the clock on defense, or eliminating all the opposing team’s lives. Control is played across three rounds. 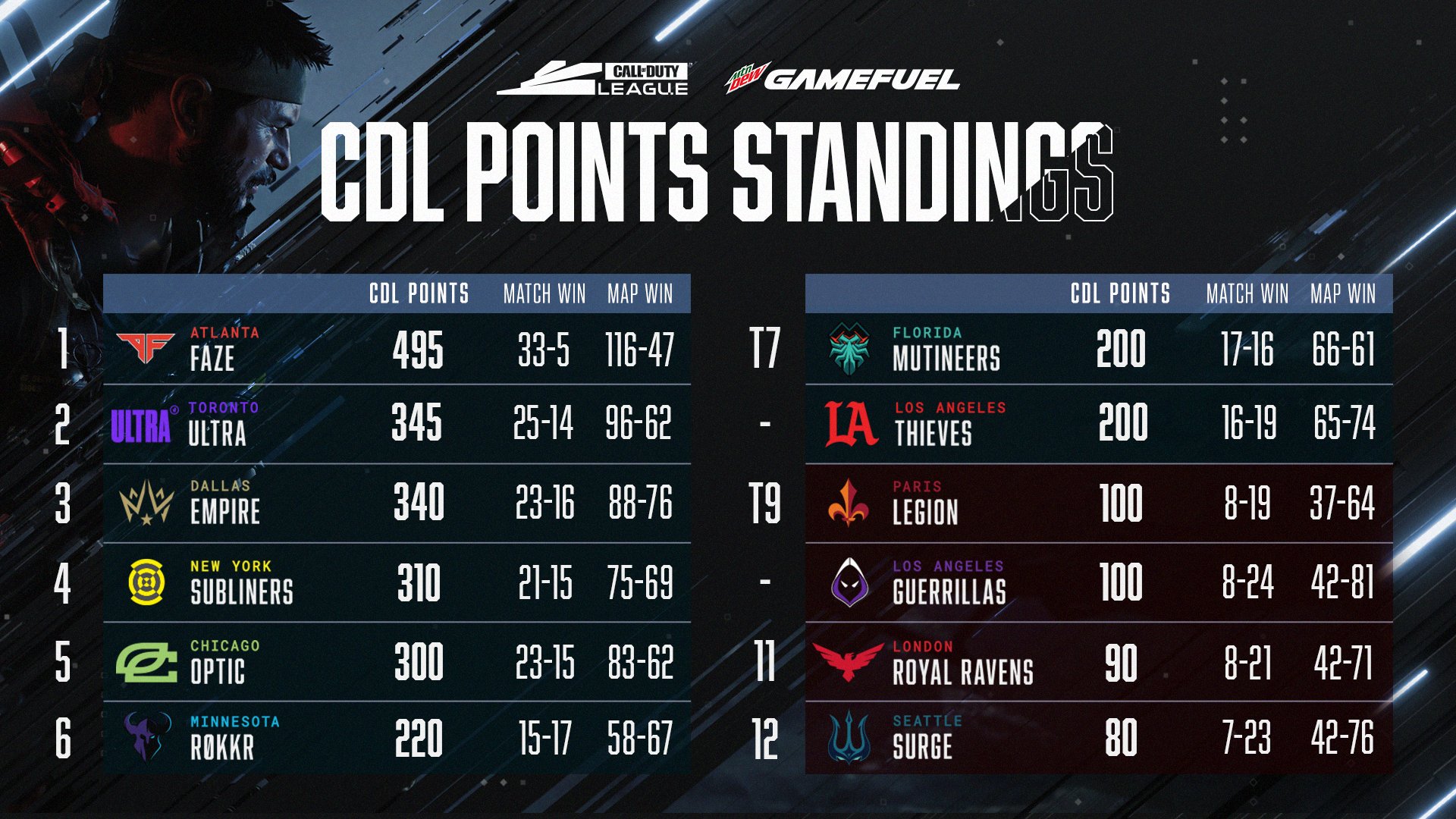 The Call of Duty League regular season is drawing to its conclusion, with Stage 5 being played in July. The top-five teams in the league – Atlanta FaZe, Dallas Empire, Toronto Ultra, New York Subliners, and OpTic Chicago – already guaranteed their spot in the playoffs. This event will be crucial in determining who makes it into the CDL Championship 2021.

The Atlanta FaZe have been dominating throughout the season, and entered as favorites during Stage 5. The team currently leads the league, with 485 CDL Points and an impressive 32-4 record, and has virtually guaranteed the first seed.

It seems that the battle for the second seed will be intense until the very end, as the Dallas Empire and Toronto Ultra fight for the position, with 330 and 325 CDL Points respectively. The Minnesota Rokkr, Los Angeles Thieves, and Florida Mutineers currently complete the Top 8 of the regular season.

The final stage of the regular season started on July 8 with the New York Subliners Home Series. This is the last chance for CDL teams to clinch the last three spots and an entry in the 2021 Championship Weekend.

The Atlanta FaZe, OpTic Chicago, and the Los Angeles Thieves got off to a hot start in the Call of Duty League Stage 5, with two wins each in the first series. But Atlanta remains a powerhouse and currently leads Group A in the final stage. After these two victories, the team reached the astounding mark of 12 consecutive wins.

CDL Stage 5 Major will conclude on August 1 and takes place in Texas at the Esports Stadium Arlington. This will be the first Call of Duty esports event in the 2021 schedule to allow live audiences. 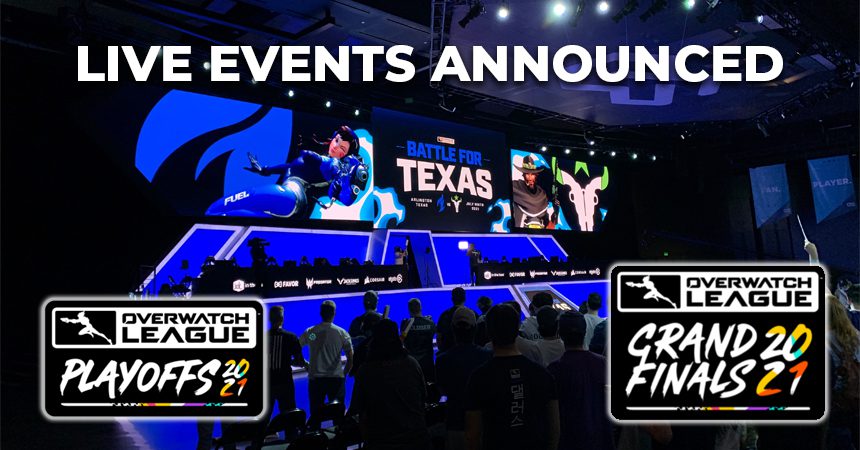 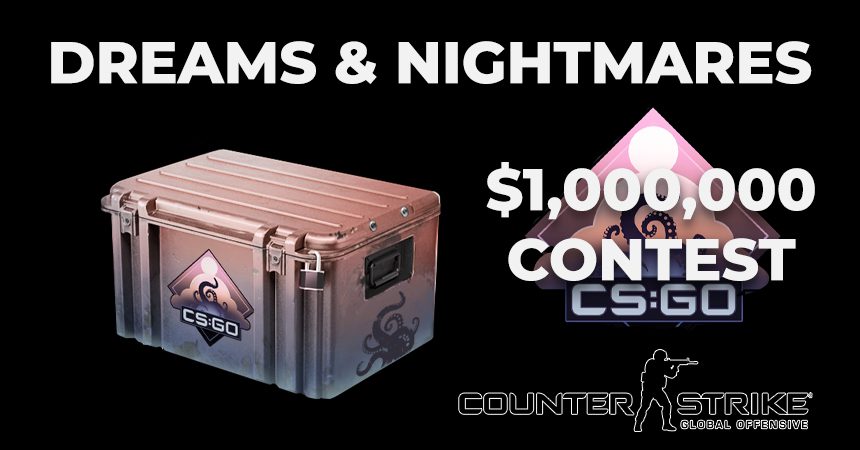