Cloud9 have won the first-ever LCS Mid-Season Showdown after defeating Team Liquid with a 3-2 scoreline. The Spring Split League of Legends esports leaders and MSS Champions will now represent North America at the Mid-Season Invitational in Group C.

CLOUD9 DEFEAT TEAM LIQUID 3-2 AND ARE YOUR BACK TO BACK #LCS SPRING SPLIT AND FIRST EVER MID SEASON SHOWDOWN CHAMPIONS!

Cloud9 started with a loss in game one of the series. In under 11 minutes, they had 4 kills and a 2,000 gold lead. However, they failed to maintain the early game advantage as the game progressed. Nicolaj “Jensen” Jensen on the Viktor carried TL to victory in game one. After winning a decisive fight for the elder dragon, TL closed out game one in 48 minutes.

C9 bounced back quickly in game two with a dominant win. Luka “Perkz” Perkovic’s Orianna combined with the Kai’Sa on Jasper “Zven” Svenningsen proved too difficult for TL to handle. C9 began the game with their second first blood kill on Barney “Alphari” Morris. After a decisive team fight in the river that went in their favor, they marched on to take down Team Liquid’s Nexus, leveling out the series between both teams.

Furthermore, game three of the series was a close one as both teams refused to go down without a fight. However, a shock wave from Jensen’s Orianna in a late team fight for dragon ultimately decided the game. This win set Team Liquid on match point to become Spring Split champions, as they needed one more to lift the LCS Mid-Season Showdown trophy. Unfortunately for them, Zven’s Kai’Sa combined with Perkz on Zoe destroyed their hopes. Cloud9 ended game four with baron empowered minions tearing the base in under 39 minutes.

After winning game four, C9 had all the momentum they needed to win the series. They started off game five with a perfect game plan to kill Barney “Alphari” Morris once again. After this, they maintained early game pressure and map control and put on their best performance in game five of the series. They ended the series in under 27 minutes with a 15,000 gold lead and no towers lost. Zven played Tristana and never died in this game with Perkz getting a kill participation of 16 for his team using Sylas. 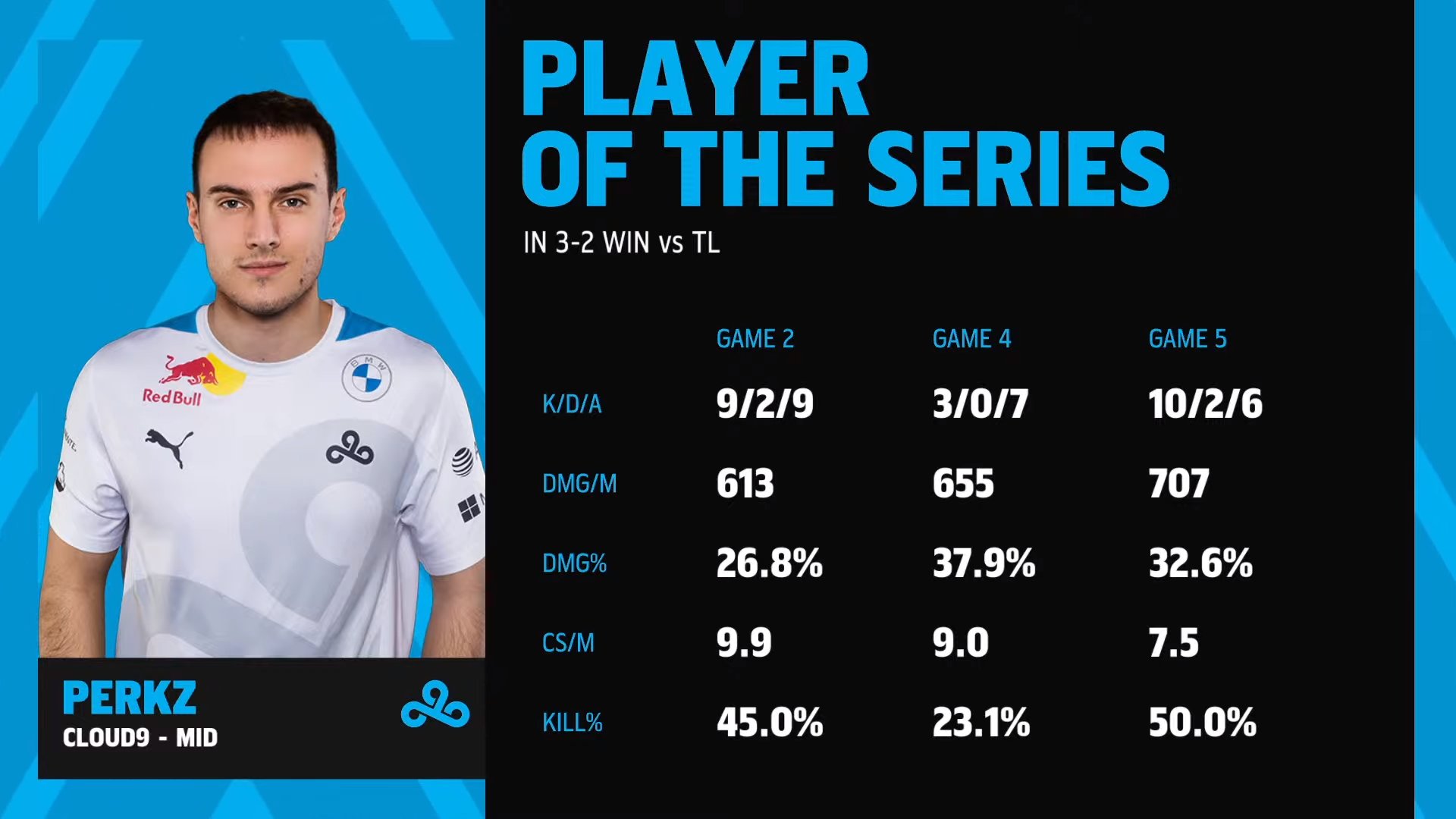 Perkz’s performance throughout the series earned him the MVP award for the LCS Spring Split Mid-Season Showdown finals. He finished the series with 36 kills and 34 assists.

Cloud9’s LCS MSS win means they will be the North American team at the 2021 Mid-Season Invitational. Even though NA has long struggled to achieve international success as a region, this roster has a chance to change the narratives. However, NA is behind the other regions as players throughout the MSS played the League of Legends esports event on Patch 11.5. In an interview with Travis Gafford, Perkz expressed his disappointment with this issue.

“We’re going to be behind heading into MSI, whichever team takes it, because the other teams have already been practicing on the patch so that’s kind of annoying,” Perkz said.

Despite this discrepancy, the veteran mid-laner is confident in his abilities and understanding of the meta. Cloud9 face a tough battle in Group C as they are paired with LCK and World Champion DAMWON Gaming, alongside LLA and LJL representatives. MSI will begin on May 6 at the Laugardalshöll indoor sporting arena in Rekyjavik, Iceland.