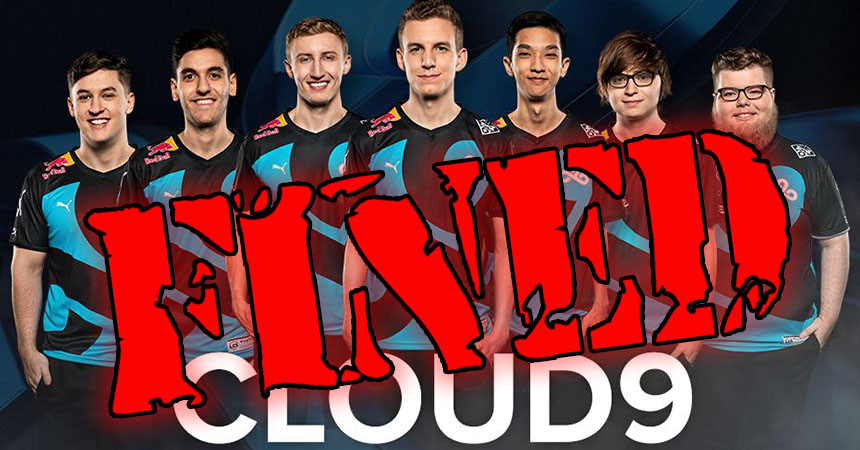 Major esports company Cloud9 was recently fined by Riot Games for violating League of Legends Championship Series rules. Specifically, Cloud9 issued company stocks to their players in lieu of proper payments. A total of seven players received partial ownership through a company stock plan. In addition to that, Cloud9 didn’t notify Riot about these transactions when asked for contract paperwork. As a result, a fine of $330 thousand, likely much more, now applies to Cloud9.

Riot has issued a competitive ruling against Cloud9:

“Over the course of sixteen months, Cloud9 issued equity through its employee stock plan to a total of seven players in violation of League rules.”https://t.co/BVoncfcbFS

In June 2019, Riot claims they were made aware of several companies engaging in improper player contracts. As a response, the League operations launched a week-long period for companies to submit summary sheets. Cloud9 submitted the required documents on June 24 to Riot via email. However, the submitted grants of Restricted Stock Units were not reflected in the rest of the documents. According to Riot, papers mentioning the RSUs as “other agreements between the team owner and players/coach relating to the release, trade, termination, trade or assignment of the player.” were unavailable.

RSU documents came in properly but the accompanying documents ignored it. The League admits their lack of acting sooner was a clerical error on their part for not catching on. Internal processes in the League are revised so a second review is now necessary and summary sheets specifically reference equity grants.

Now that League of Legends is in its off-season, enforcing the ruling became a priority. The investigation reveals that Cloud9 players bargained for RSUs instead of salary or received RSUs as a gift. There was no reference to these RSUs in the summary sheets initially provided. Investigations also found that neither the players nor their representatives thought that this was against the rules.

Cloud9’s statements led the League to believe “the explanation boiled down to the idea that one hand didn’t know what the other hand was doing.” The company’s ownership states they were unaware of LCS Official Rules including Rule 2.5, which prohibits owners, directly or indirectly, to be part of the team roster. With this ruling, Cloud9 illegally awarded company ownership to seven players. Rule 2.5 came to effect in November 2017 as companies began long-term partnerships to ensure situations like this wouldn’t occur. 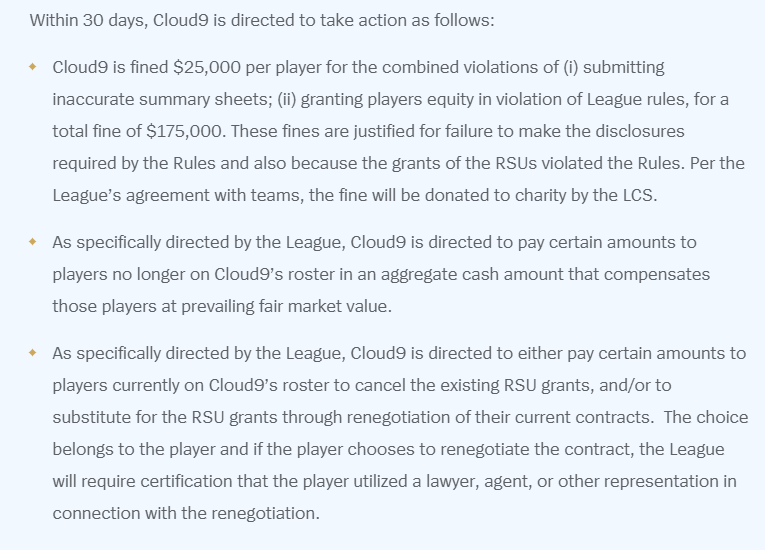 Penalties for Cloud9 include a $175 thousand fine donated to charity by the LCS, cash compensation to players no longer on the roster and fair substitutions to players in order to void the RSUs. According to the League, the total fines estimate valuation between $330 thousand to $605 thousand based on whether or not Cloud9 chooses to extend player contracts instead of monetary compensation.

Coming off of a weak performance at the League of Legends World Championship 2019, fans believe this ends the year on a bad note. The recent roster changes on their League of Legends team might be what the organization needs to bring itself back. 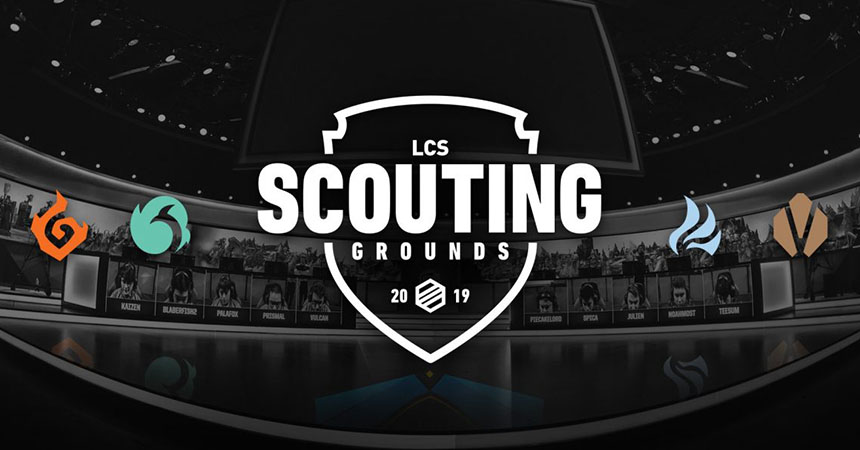 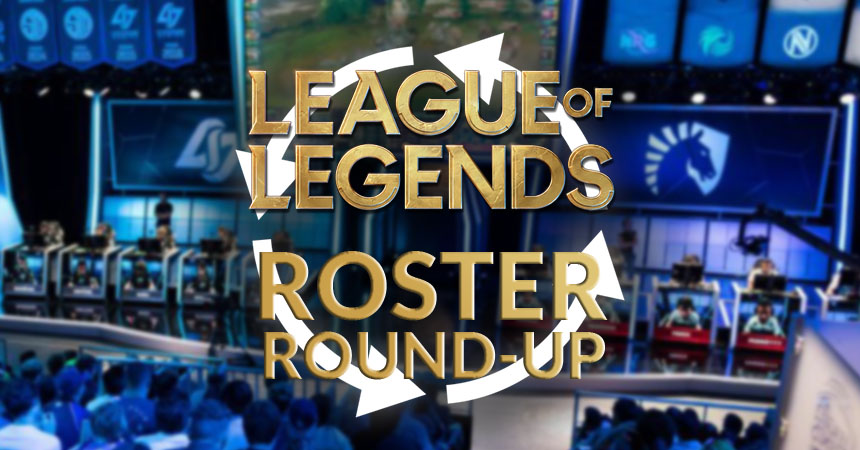