The League of Legends Championship Series Regional Finals gauntlet came to a nerve-racking game five conclusion. Clutch Gaming (CG) came into the gauntlet having to pass through every team in it.

They’ve looked competitive against even Team Liquid and they’re going to Worlds. They’ve shown their strength on unique picks that define the team and they will be a unique presence on the World’s scene.

Clutch Gaming Sluggish at the Start

To start off the series, in game one, CG brought out a Neeko mid and pre-rework Pantheon, hoping to force team fight wins by utilizing their large AoE ultimates. Team SoloMid (TSM) countered by banking on Sona and Tahm Kench in combination with Azir to scale if CG were incapable of pushing their lead.

The game was very close until the end, with TSM taking a massive early lead at the Rift Herald and CG staying relevant by finding team fight wins but CG fell just short and allowed TSM to win. 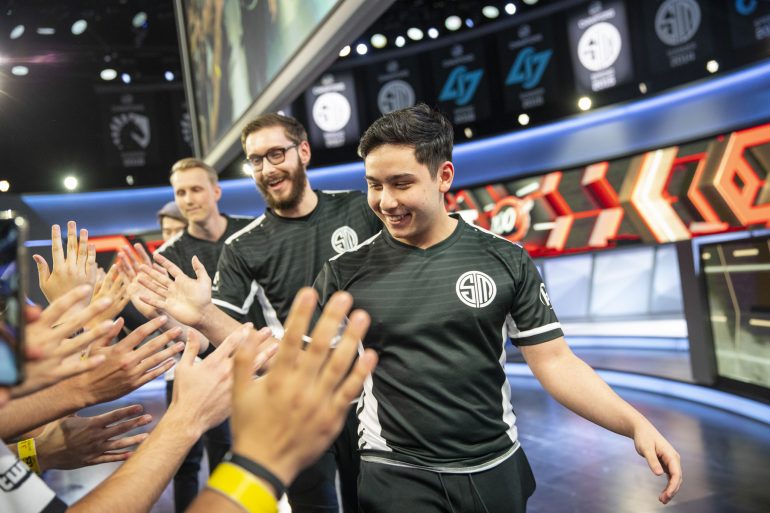 CG denied the same draft from TSM for game two, banning the Sona, Jayce, and Azir. They then pivoted to use Gangplank in combination with Irelia to take the pressure to TSM. TSM countered by drafting strong solo lanes, blind picking the Sylas and using Aatrox to gain leads. TSM capitalized on their strategy, using their solo lanes to gain a 2k gold lead early on.

Even though TSM made massive fumbles throughout the game, CG made a single mistake in the later stage and lost soon after.

CG Picks up the Pace as TSM Slows

For the third game, TSM continued to put Spica on Sejuani and kept their Aatrox and Sylas from Game Two to continue making aggressive roams through the map. CG decided to switch their draft, putting Irelia in the top lane and using Tanner “Damonte” Damonte’s signature Qiyana pick to put control back into their hands.

With the new draft and without a huge early deficit, CG cleanly closed out the third game by finding an advantage top in the early game and pushing it to the max.

Game four brought with it another Clutch Gaming comfort pick, Skarner. CG instantly took Skarner and rounded out their draft with Ezreal and Gnar. This created a team fighting composition that they have experience with.

TSM responded with a Xayah/Rakan bot lane and the Azir mid to bank on scaling once again. CG kept the game steady in the early game and easily beat TSM past it. TSM tried to force the Baron and CG punished it and closed the game soon after.

TSM banned four champions from CG in game five, taking Skarner as their first pick. They rounded out their composition with Corki, setting themselves to scale well into the late game. CG challenged this scaling, however, taking a surprise Kog’maw in addition to Irelia. They used their scaling advantage as well as Huni’s immaculate Irelia play to force TSM between bot and Baron. This soon created an opening for CG to close the series.

Both teams had moments of brilliance during the series. However, from game one to five it was clear that CG had the edge throughout. They’ve condemned TSM to disappoint their fans and they made history as the second team to run the whole gauntlet.

CG has shown their exciting high tempo play; fans should be hopeful and anxiously waiting for their play at Worlds, which got some changes in November.