The Dota 2 Winter 2020 Update adds new seasonal quests and a new Grandmaster tier to hero levels. The Grandmaster tier now allows Dota Plus subscribers to reach level 30 on their heroes. Players can also purchase a new cosmetic treasure with their Dota Plus shards.

Valve had promised a seasonal update for December 1. Surprisingly, the game company stuck close to its deadline and released Dota 2’s Winter update on time. The new update even adds a Grandmaster tier for heroes. 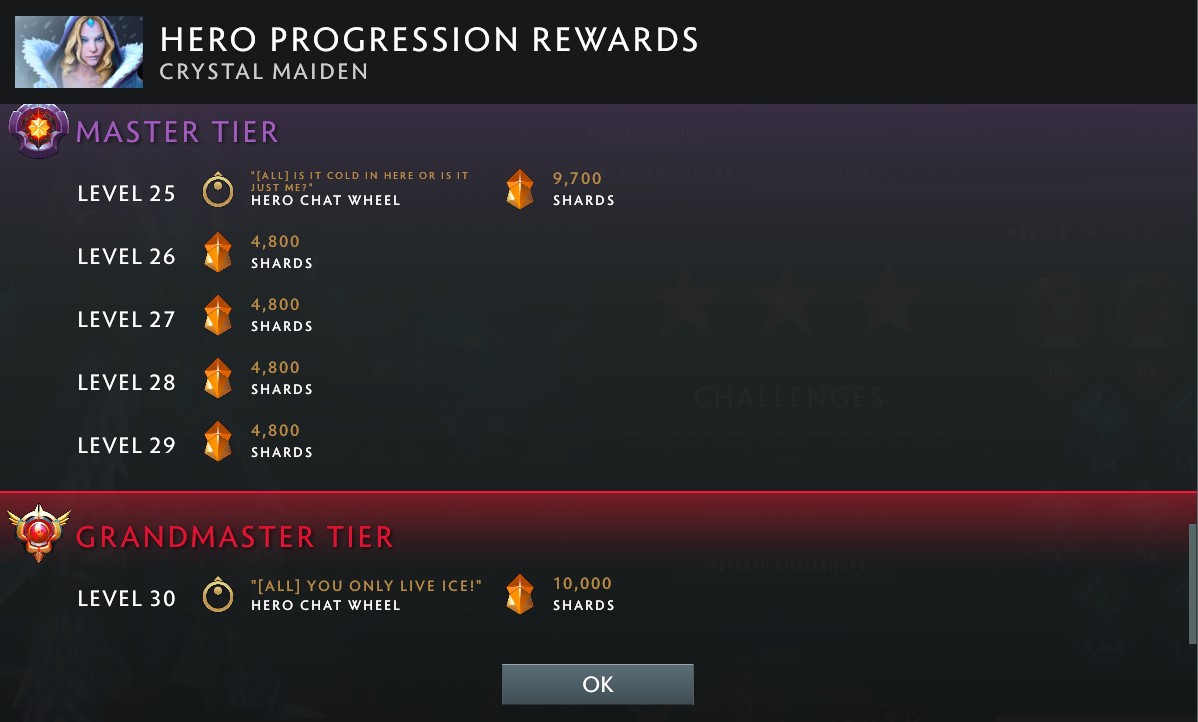 Dota Plus subscribers can now reach level 30 on their favorite heroes (previously level 25). Reaching the Grandmaster tier unlocks new chat wheel voice lines for that particular hero. Any hero challenges completed as a Grandmaster will now reward Dota shards instead of Hero XP.

Several new Dota Plus quests now provide up to 115,200 shards over the course of the season. The Dota Plus Winter season will end on March 1st, 2021.

Some of Valve’s latest Dota 2 updates have been aimed at pushing Dota 2 players towards Dota Plus. Dota Plus is a subscription service for in-game Dota 2 content that includes both cosmetics or exclusive features for subscribers.

The Silver, Gold and Platinum tier guild rewards have also been changed for the current season.

The Dota 2 2020 Winter Update is mostly for Dota Plus subscribers. There is a bigger update in the works which will release mid-December. This next update will add the new Dota 2 hero and several patch updates to the game.

Just Error and the overhyped bandwagon of Sumail's new team