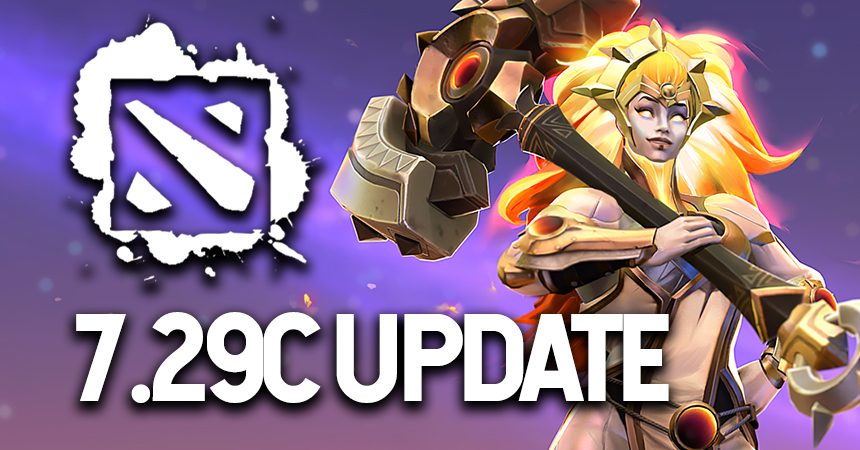 Valve released the brand new Dota 2 7.29c update, which focuses on changing heroes such as Dawnbreaker and Beastmaster, as well as making a few item changes.

With a game like Dota 2 or League of Legends, even small changes can have a drastic impact. This is why the community is always on the lookout for gameplay updates such as this one. Many heroes received a movement speed update, but some of them were also in dire need of other changes. Some items also received nerfs, due to their recent performances.

The latest Dota hero, Dawnbreaker, continues to pile up changes. This time, her Celestial Hammer had its mana cost follow a 110/120/130/140 scale instead of a flat 110. Furthermore, her Level 10 Talent and agility received nerfs.

The 7.29c Gameplay Update has been released https://t.co/EAHySyBRXA

Beastmaster took a huge hit in this update since his Wild Axes are no longer compatible with the Scepter buff damage. On the other hand, his Inner Beast attack speed got increased by five points for every scale. Beastmaster’s Level 15 and 20 Talents also received important changes.

Some might say that the Monkey King received the best treatment in the Dota 2 7.29c update. His Level 10 Talents went from a flat buff to a percentage, which always has a huge impact. His Boundless Strike and Tree Dance are much stronger than before.

In addition to heroes receiving changes, five items also got updates. Purchasing the Solar Crest now only grants 55 in attack speed bonus, making it a less powerful option for attackers. The self-mana regen bonus of the Ring of Basilious also got reduced from +0.6 to +0.5.

Both the Sange and Yasha, as well as the Kaya and Sange items lost five points of regen amplification. Finally, the Sentry Ward, useful for its True Sight, will be available again faster after a purchase. Finally, the only general change of this new Dota 2 7.29c update is for the Water Rune. Now, its restore will grant 80/80 HP and Mana.