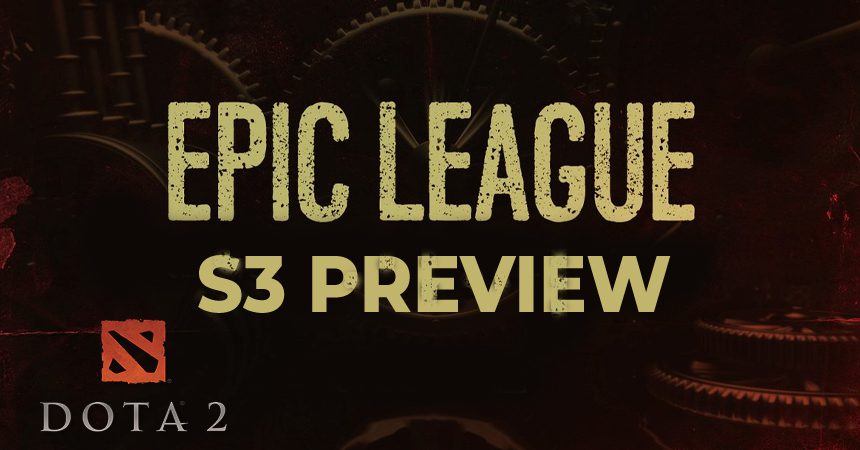 Epic Esports Events recently announced EPIC League Season 3, a Dota 2 tournament to fill the gap between the Dota Pro Circuit (DPC) Season 1 and the Dota 2 Major. This Dota 2 esports tournament will include most of the teams that could not make it to the ONE Esports Singapore Major 2021. 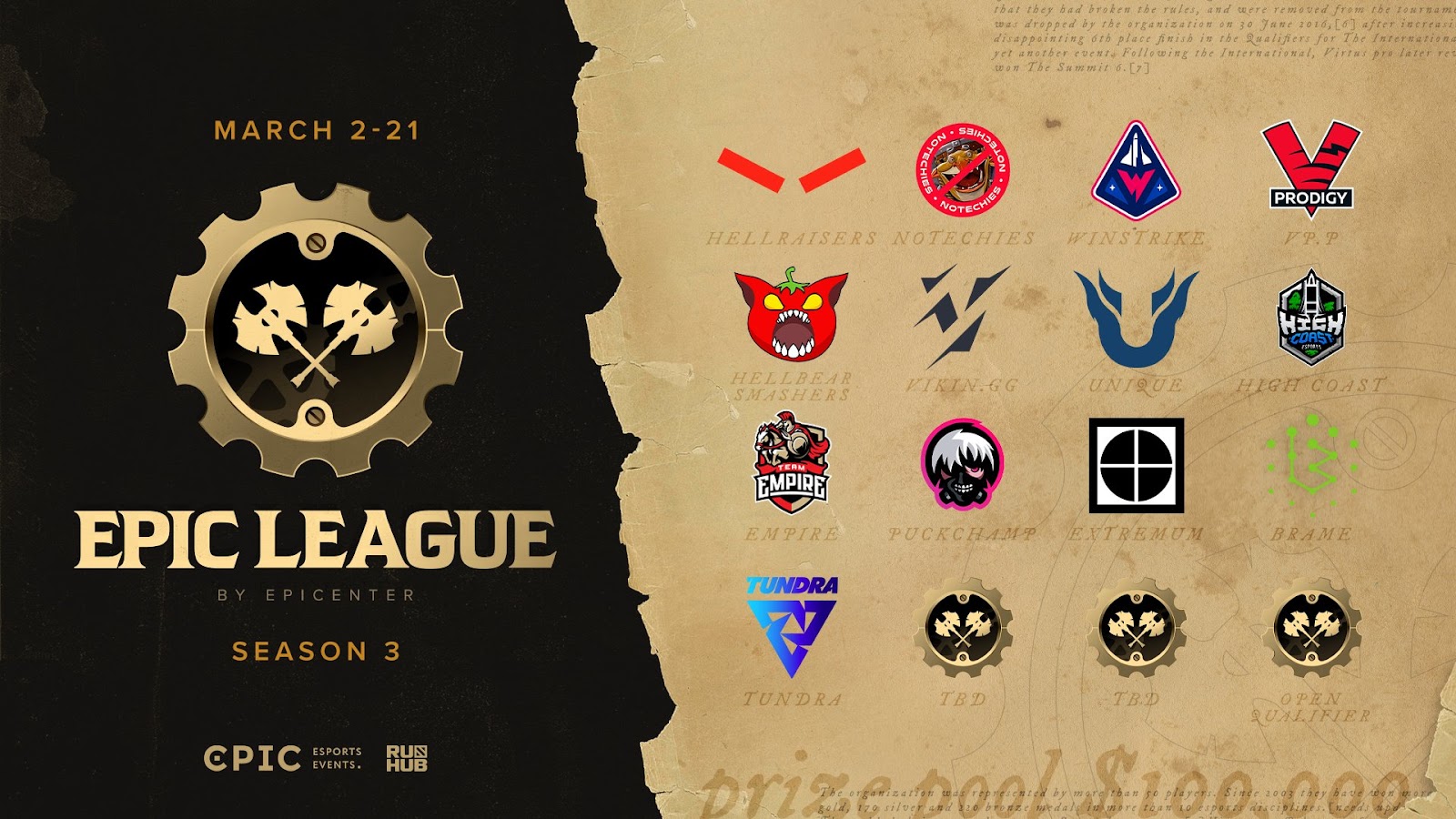 EPIC League Season 3 group stage holds 16 teams competing for a slot in Division 1 of the tournament. 15 teams receive direct invites while one team earns its place via the open qualifier.

The group stage features a Swiss-system format where all matches are best-of-three series. Eight teams that performed the best advance to Division 1 while the bottom half moves to Division 2. Team Spirit, Vikin.gg, Unique, Tundra Esports and VP.Prodigy are the favorites in the group stage.

Division 1 sees the top eight teams play each other in a double-elimination bracket from March 14 to March 21. Among the teams competing for an $85 thousand prize pool, first-place receives the lion’s share.

The eight Division 2 teams are playing for a $15 thousand prize pool. The bottom eight teams from the group stage qualify to Division 2 of the EPIC League Season 3.

Many participants in the EPIC League narrowly missed out on qualifying for the ONE Esports Singapore Major. Several regional segments of DPC Season 1 ended in Dota Pro Circuit tiebreaker matches. Here are some of the favorites in the EPIC League Season 3

Vikin.gg is one of the most storied teams of 2020. While Team Secret set new records winning most tournaments without losing games, Vikin.gg quietly moved up the Dota 2 esports ladder. They even ended 2020 on a positive note. Vikin reached the top four of many tier 1 Dota 2 events and won DOTA Summit 13 Online: EU & CIS and the BTS Pro Series Season 3 EU/CIS.

Vikin.gg has had a very successful 2020. Screengrab via Liquipedia.

Tundra Esports are the favorites to win EPIC League Season 3. The former team mudgolems roster signed this UK-based organization with the hopes of qualifying for the Major. Unfortunately, getting out of an extremely competitive European section was tough. But Tundra Esports still managed to give some of the best teams a run for their money, including victories over Team Liquid. Adrian “Fata” Trinks and the rest of the squad also took Alliance to game 3. However, they lost out to Nikolay “Nikobaby” Nikolov’s unstoppable Troll Warlord. 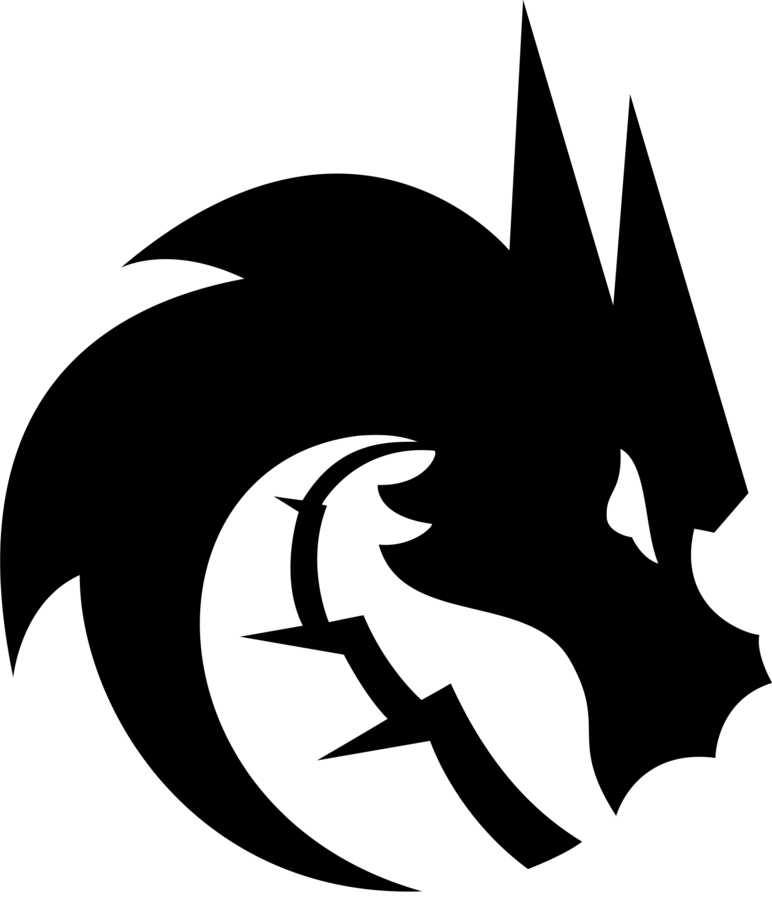 Competing against Tundra Esports will be the CIS heavyweights, Team Spirit. A surprise package for many in the DPC 2021, Team Spirit defeated Natus Vincere and Team Unique. Spirit also took Virtus.pro and Gambit to Game 3. A big reason for the team’s success relies on the players’ execution of the drafts. With proper positioning and a clear idea of what to do in team fights, Spirit’s games are a treat to watch.

However, the roster needs more time together to develop the synergy and coordination that defines some of the best Dota 2 teams. Despite finishing sixth in the ESL CIS DPC tournament, Unique’s victories over NoTechies and Team Empire highlight the team’s potential at EPIC League Season 3.

After a gap of nearly a year, Valve announced the start of the DPC 2021. Teams played in round-robin group stages to determine the best in each region. The best teams can earn their spot in the Singapore Major that will kick off later this month. For now, Dota 2 fans can catch all the EPIC League Season 3 action on Twitch.

How do Esports Teams Make Money? 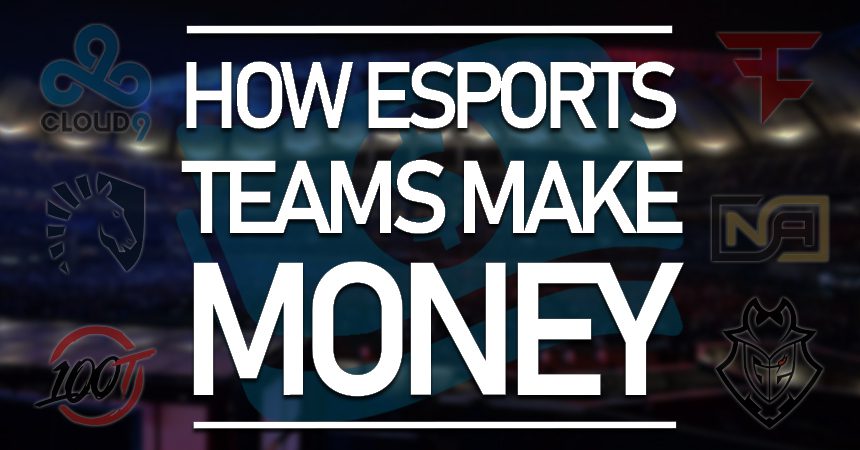