In a continuing effort to produce new content during the COVID-19 outbreak, FOX Sports announced a new partnership to bring eMLS to television. The five-episode event features one player from participating Major League Soccer teams playing FIFA with their esports counterparts. Starting April 19, 4 of the 12 participating teams will face off in a tournament each week. Fans can see the full list of players and which days they’ll be facing off below.

The tournaments will feature a 2-legged matchup system. This results in MLS players from each team facing off against each other, followed by the eMLS players. Everything will be on the line since the event also uses a single-elimination format. After the first four days of competition, the top teams from the previous weeks will face off to see who will be crowned the champion. 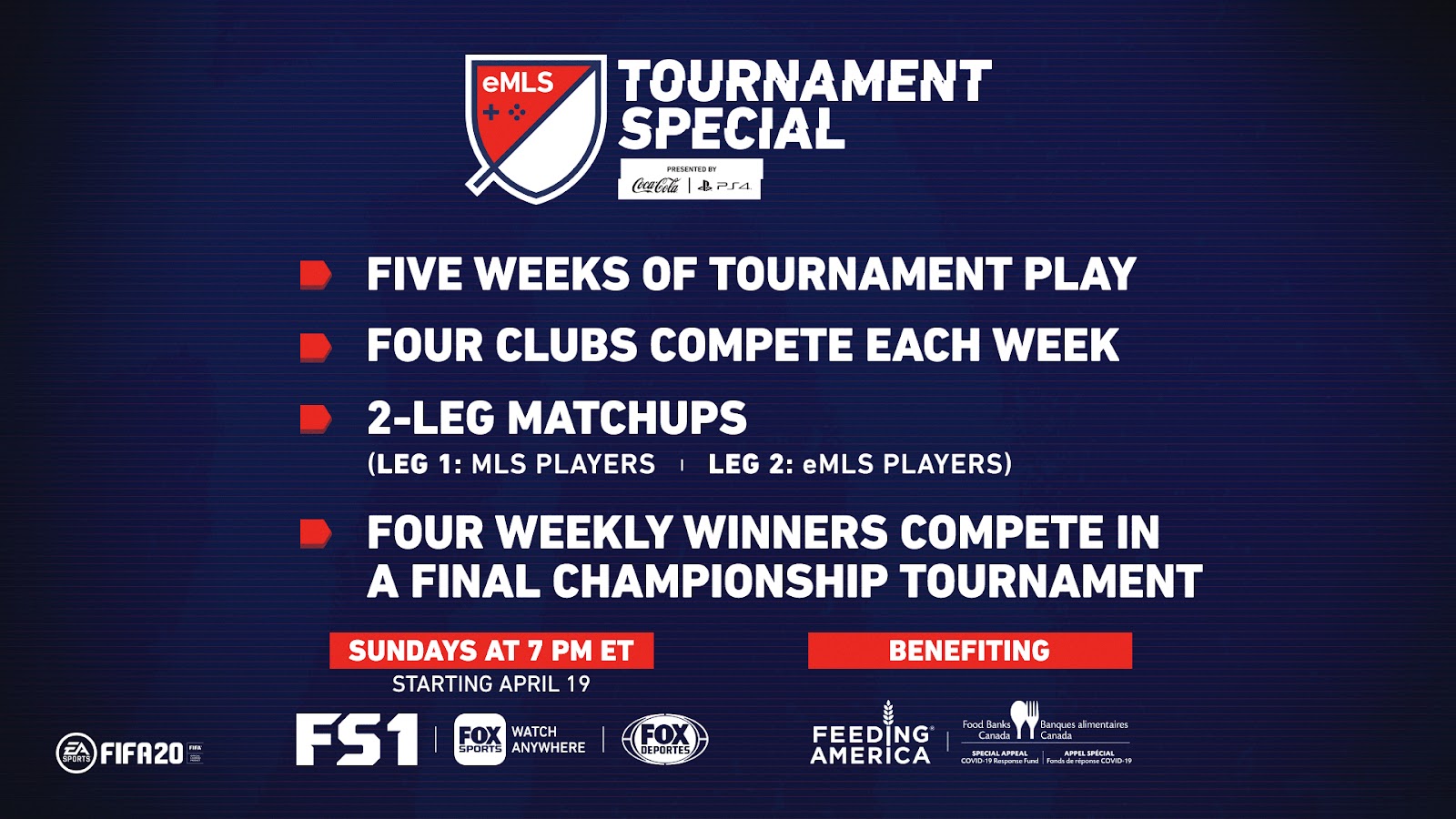 any of my old Counter-Strike 1.6 crew out there and have any old pics of the Forsaken/CS/CPL days? @ESEA need it for a project!

FOX Sports reached out to MLS in order to make the event a reality. MLS ultimately agreed to the event and Camilo Durana, MLS senior vice president of properties and events, gave some insight into the reasoning behind the decision.

“The eMLS Tournament Special represents the spirit of MLS Unites by entertaining fans and giving back to our communities,” said Camilo Durana. “We’re thrilled many of the league’s top players are joining our eMLS participants to compete and also provide benefit for those on the front lines. We are also thankful to FOX Sports and all of our partners for their collaboration on the innovative series that will be both fun to watch and make a difference.”

It’s clear that MLS hopes to reach a younger audience with these events. As mentioned above, Durana said that the series aligns with the goals of MLS Unites, a program focusing on highlighting important messages during the ongoing COVID-19 pandemic. The program is particularly targeted towards helping keep children entertained while under stay-at-home orders. For example, MLS Unites has provided puzzles and tips on how to set up soccer drills on their website. A new television series should help MLS continue to entertain fans of all ages.

FOX Sports appears to have taken a special interest in esports ever since most live sporting events were shut down. Following the massive success of the NASCAR iRacing Pro Invitational, which broke the record for the most-watched esports event on television, FOX Sports seeks additions to its esports portfolio. In addition to airing additional eNASCAR events, the network also aired a Madden tournament earlier this month.

This new series will entertain both MLS fans and the esports community. As long as sporting events aren’t taking place, viewers will likely continue to see esports taking the center stage.