The NBA 2K League has been taking shape, with new teams being announced, more players getting drafted, and more coaching and front office hirings.

One team that could be on the rise is Magic Gaming, featuring Rookie of the Year, Brendan “Reizey” Hill and Cameron “KingCamRoyalty” Ford who led the league in field goal percentage.

The team finished with a 9-7 record, missing the playoffs by the skin of their teeth. The record was tied with Grizz Gaming and they finished one win behind Celtics Crossover Gaming, Kings Guard Gaming, Pacers Gaming and eventual champion, the expansion T-Wolves Gaming.

Edwards talked about how he got into NBA 2K and also discussed what it was like coaching former no.1 overall draft pick, Dimez during his Mavs days,

Among other things, he also talked about the bright future of the aforementioned Reizey. His experience of coaching at “The Fortress” arena in Orlando for THE TICKET tournament was also part of the discussion.

Without further ado, here’s what Jonah Edwards had to say when interviewed by Esportz Reporter, Colin Mieczkowski.

We thank Jonah for taking the time to make this happen.

Colin Mieczkowski: How long have you been a fan of the NBA 2K franchise, and who was your favorite team?

Jonah Edwards: I’ve been playing NBA 2K competitively since around NBA 2K9. I remember the first team I loved on NBA 2K being the Raptors from that era. I had shooters in Kapono and Anthony Parker and Calderon and Bargnani and work out of the post with Jermaine O’Neal. Those were simpler times but it was so much fun.

CM: What were your initial thoughts when you heard that the NBA and 2K were teaming to form a league?

JE: My initial thoughts were how can I get involved? I was a Junior in college at Ball State University and I was in the library when the news broke. I instantly started shelving out my personal brand and started a Twitch channel right away to become readily available. I was also the first person in the community to openly pursue coaching instead of just the playing side.

CM: What was the feeling like when you got the opportunity to become the head coach of Mavs Gaming?

JE: The feeling of joining the Mavs was incredible. I was a fan of the organization before I ever joined and I remember being hired for months before announcing and just working on things silently. It was and still is an incredible experience that humbles me every day.

CM: You coached former no.1 overall draft pick, Dimez. How high do you think his ceiling can get?

JE: I think there’s potential that we have seen Dimez ceiling as he was far and away the best player in the world on NBA 2K17 (and 2K18 really). With that being said, Dimez has seen a large amount of personal growth in the last two years and I think he has developed into a sound leader and someone I’m glad to still be close with, despite leaving the Mavs organization.

CM: You were hired by Magic Gaming in 2018. What has that experience been like for you to transition from one team to another in a fairly short amount of time?

JE: The transition wasn’t easy. Things are vastly different at every NBA organization, but the group at Magic Gaming was deep and extremely committed to making me feel at home.

Being the only person to coach at multiple NBA teams is funny and interesting, but I learned so much from my time in Dallas that it made for a much smoother season 2 and why you saw a lot of growth in Magic Gaming this last year.

CM: How impressed were you with Reid “Reizey” Hill’s first season where he dropped 17 points per game and secured the Rookie of the Year?

JE: I was no more or less impressed than when I met Reid in Dallas during season 1. He was a member of the practice team for us when I was with the Mavs and instantly stood out to me. I took a decent amount of heat for drafting Reid as early as the 9th overall pick.

I never once questioned Reid’s ability to be an elite player and I tried my best to set him up for his success. He was and is capable of even more than he has achieved and I look forward to riding that wave with him in Season 3. 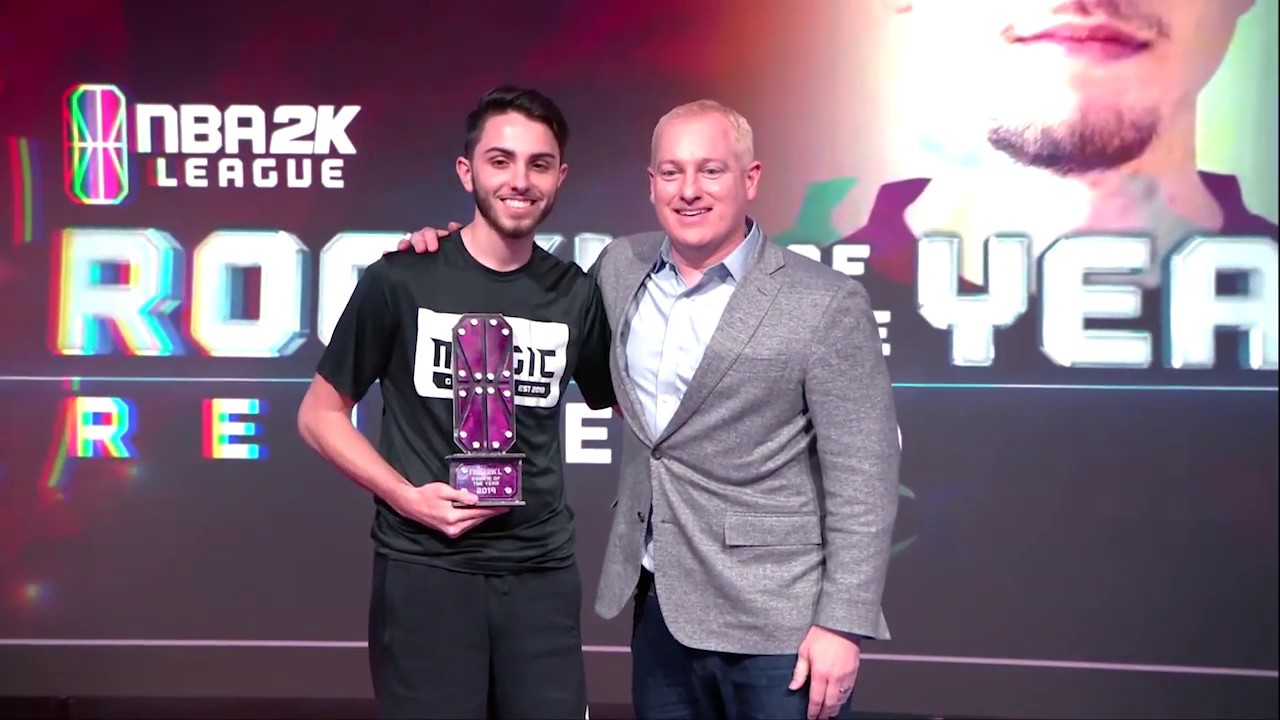 CM: Going back to THE TICKET tournament, what was the atmosphere like in The Fortress at Full Sail University with you guys being the hometown team?

JE: The atmosphere at Full Sail’s Fortress was indescribable. For anyone that’s been to a legitimate esports event, they understand the competitive nature of these events. To be the hometown team was surreal and I’ll never forget the goosebumps I had when we were walking out for the game.

Our performance was absolutely fueled by that crowd and I hope we are lucky enough to host the Orlando fans again this season.

CM: How big do you think the NBA 2K League can get?

JE: The sky is the limit for the NBA 2K League. NBA 2K has over 1.6 Million DAU (daily active users) and this is an esport that’s easier to understand than any others. Most people have an understanding of basketball and that is easily translated.

International expansion is here and I look forward to seeing how the league grows in years to come.

CM: How fun is it to see the NBA and basketball get its own stage in a massive world like Esports?

JE: It’s incredibly fun. I’m super lucky to be apart of it. As a longtime esports fanatic, it’s great to see the game that I always played and loved the most come to this stage.

CM: Finally, what are some of the things that you enjoy about the new NBA 2K20?

JE: I love the fact that I can see jumpshot releases this year. The gameplay is a lot of fun and I think as a coach I’m intrigued by a different system of movement and offball screens actually being a viable option now.

Not only is Jonah Edwards a, self-made, accomplished member of the NBA 2k League, but a powerful advocate for the esports community at large. The community and Esportz Network look forward to see what his future holds and how he plans to further the League.