Strolling through the corner of DreamHack Rotterdam reserved for fighting titles, it’s easy to tell that something different is going on here. Rows of tables filled with bright, old-fashioned screens and a miscellany of electronics fill the space.

Where in other hallways gaming competitions are trying to mimic major sports events, the scene here is more reminiscent of a hacker convention.

A closer look reveals the screens to be CRT television sets, the electronics Nintendo GameCube consoles and their controllers. Originally released in 2001, the GameCube’s games were made with the 4:3 aspect ratio and low latency of these screens in mind.

CRT televisions are still used in Super Smash Bros due to the lack of latency in play. Melee competitions. The controllers too, were designed for a different age, but are cherished enough that the game’s 2018 Ultimate edition came with its own version.

One of the oldest, still active, competitive gaming communities, Smash Bros. has always been a little different. This is not just because of its gear. Nor is it due to its players’ tendency to stick to a single entry in the series, instead of automatically moving on to the latest release.

Smash’s experience first and foremost, a social one. Even at a big tournament like this, players of all levels gather around tables to discuss matches and exchange strategies. Which is not to say that these meetings are not competitive. But, they take place in an atmosphere of calm and camaraderie. Once players get eliminated, they get to hang out with like minded players, watch some good play and have an overall good time.

Counter-intuitively, these social aspects do not really extend outside of the circle of Smashers. Cross-over with other titles, be it DreamHack’s CS:GO or Dota 2 fields or with other fighting games at a competition like EVO, is minimal. This has made the game’s players the odd one out at many such events. It also gives their competitions a very close-knit vibe, no matter how large they get. 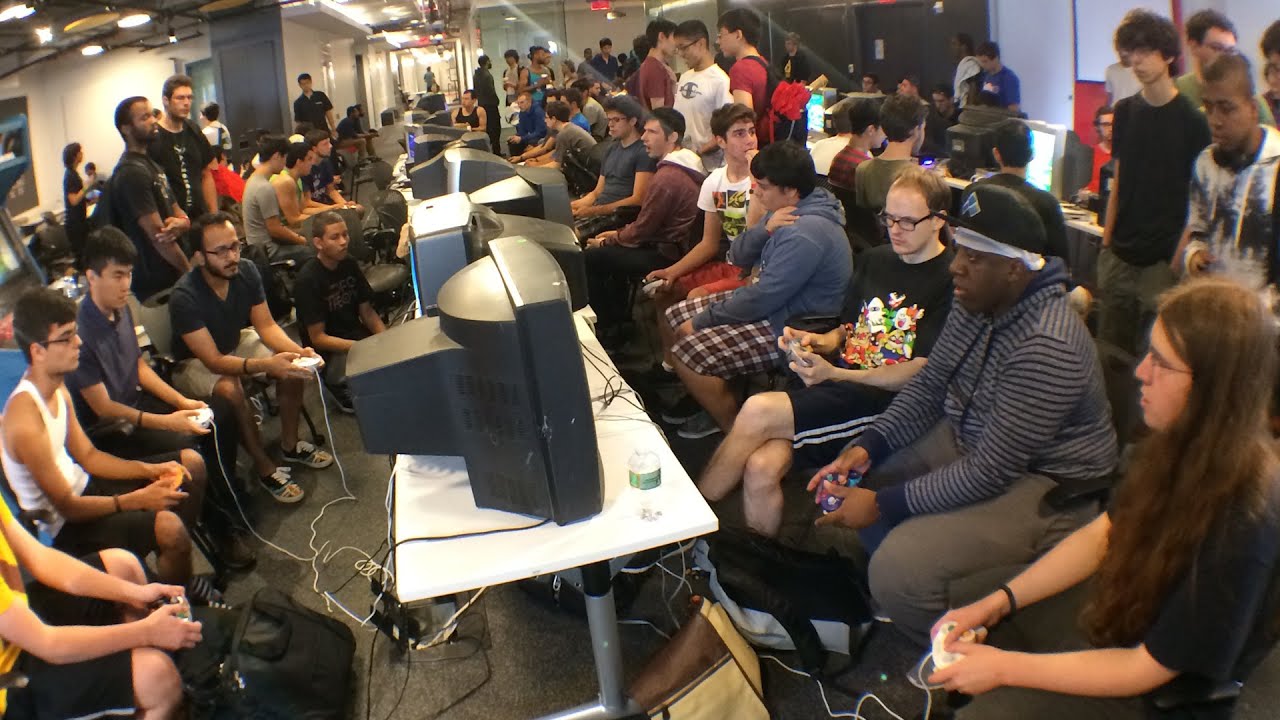 Smash tournaments have a different atmosphere than other esports; Mashable | Youtube

It has always been like this for the game. While 1999’s Super Smash Bros. was popular, its competitive life really started with the sequel Melee in 2001. Few titles had online play at this time, gaming’s adoption of it as a must-have feature, especially on console, still being quite a bit off.

This forced players to search each other out in real life. At first, this was limited to playing together at home or school. Eventually online forums like the Smash World Forums (now Smashboards) would pop up. Here players could discuss news and techniques relating to the game, as well as organize their own tournaments.

These “locals” would generally be small affairs, consisting of only a dozen or so people. Official rule sets, which would aggressively weed out randomness and up the game’s skill ceiling later, did not exist yet. This meant that the level of play was a lot lower. But the love for the game was already strong, with some driving for hours just to hang out with others who enjoyed it as much as they did.

The events would grow increasingly bigger and more professional. In Northern California, the state’s Smash population so big that it was split into two separate, competitive regions, the Tournament Go series would be the first to cross the hundred attendee boundary. Major League Gaming and EVO inclusion would follow shortly after.

While both would drop Melee when its successor came out a few years later and forego Smash competitions altogether in 2012, the culture of local gatherings continued. Through them, the Smash scene kept growing.

In 2013, EVO held a donation drive for breast cancer research. Games that raise the most money would be included in its roster. Melee fans raised over $94,000 for their title to return to the event. Due to the massive success of the game, it was included again the following year.

Melee would only leave the competition again this year, in favor of the newly-released Super Smash Bros. Ultimate. This tournament had 3,500 players participating, making it the series’ largest tournament of all time. It also set a new EVO viewership record. 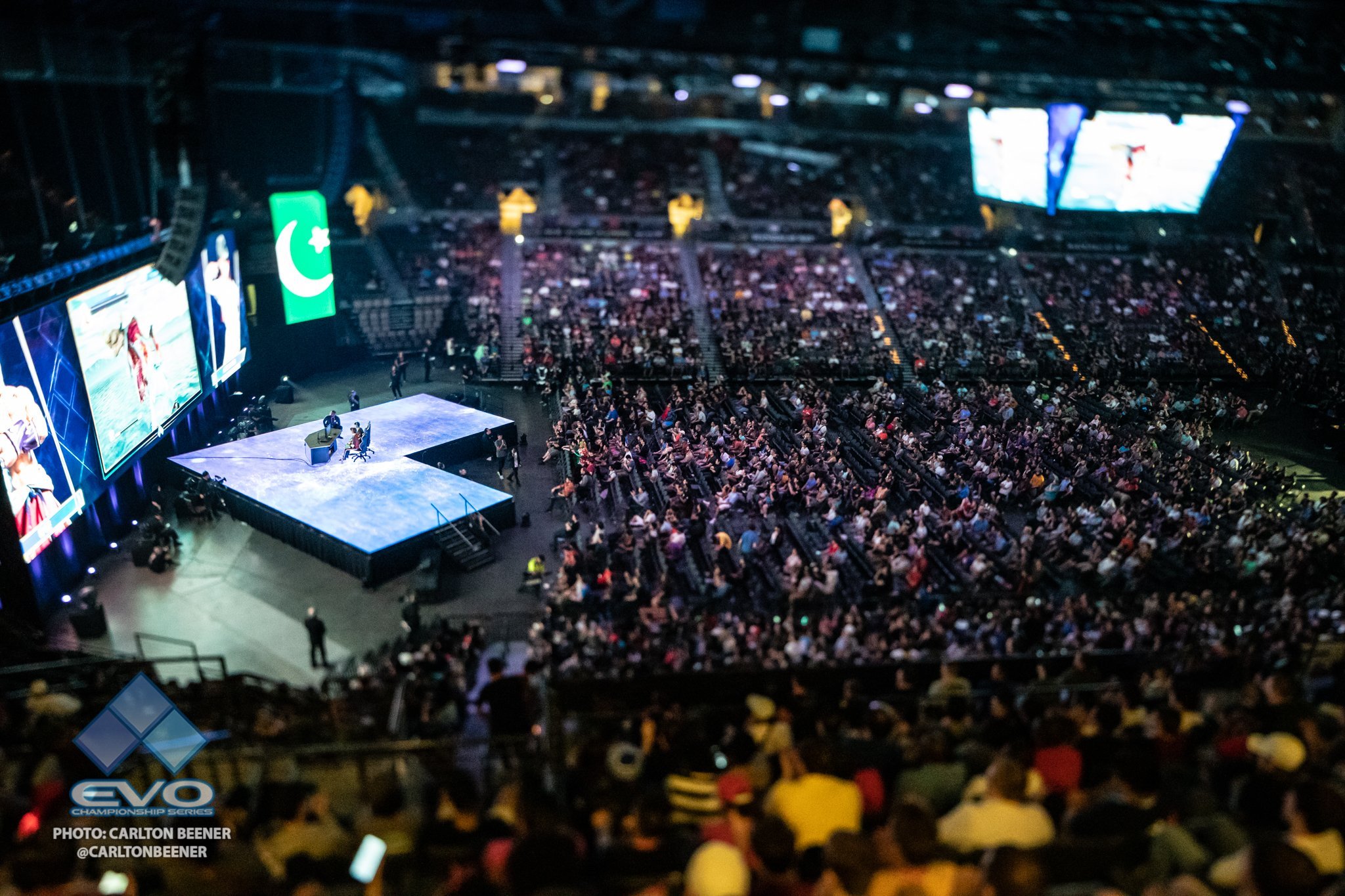 Smash’s story has always been one of such changing tides, but with a single constant. Ask any Smasher where it started for them, it would be with just a bunch of friends, gathered around a television.

Ranked sixth in the world is Virginia native Zain “Zain” Naghmi. He would eventually win both the singles and doubles tournaments in Rotterdam. But, he started with some high school friends and a local at a bar in Arlington, Virginia. Amsah “Amsah” D. Augustuszoon, currently the Dutch number one and one of Zain’s opponents in the doubles finals, started playing in someone’s basement.

Everyone in Rotterdam this day has a similar story. Whatever their origin or background, the game has brought them together. Where in today’s esports success is often measured by the amount of money involved, this is Smash’s true success. This is why the game will endure. Whatever its current troubles, Smash, with its strong local roots, will find a way.

Smashboards can still be found here, with Smash.gg another good place to find upcoming tournaments. For more history about the Smash community, the documentary The Smash Brothers is highly recommended.

Apply for The local roots of Smash Bros. esports
Submit application I changed my mind