For any professional FIFA player, to compete at every FIFA 21 Global Series event and make it to the eWorld Cup stage is the dream. However, the abrupt end to the FIFA 20 Global Series left many pros with a disappointing finish to the season. The Global Series features a long list of tournaments that allow the best competitors in verified regions to go head to head. A win or a good finish at these tournaments helps upgrade player rankings.

The abrupt end to the FIFA 20 season was due to the effect of the coronavirus pandemic. EA Sports decided it was impossible to hold the remaining events for the season. It decided the best course of action was to end the FIFA 20 Global Series events and replace them with alternative events.

EA Sports announced a FIFA 20 Summer Cup Series and then stated they would focus more on remote online tournaments. So instead of an eWorld cup, players got to compete to become regional champions. All offline events were canceled and the FIFA 20 Global Series rankings on March 3 determined where players finished for the season.

EA Sports totally changed the look of FIFA esports for the 2021 season. Rushan Shekar, the League Operations Manager for FIFA Competitive Gaming Entertainment also made these changes known. He explained that they were taking a regional approach to the season. Players will no longer compete for a chance at Global Series playoffs. Instead, they compete for regional playoffs and a chance to become the best in their respective regions. Another important change is the total shift of all tournaments online.

While registration to enter into the FIFA 21 Global Series ended on December 31, only certain countries were qualified to register. Bolivia, India, and Costa Rica became eligible to register for the Global Series. However, there was no addition of a new African country and the Middle East and African region were scrapped.

This means that South African players will join West Asia for regional playoffs but have their own qualifiers. The countries that were part of the Middle East region will join Europe. FIFA 21 Global Series will also remain on PS4 and Xbox One throughout the season.

How to make Regional Playoffs

Instead of the normal Global Series ranking, each region now has its own ranking system. For the FIFA 21 Global Series, there are primarily three ways of earning a regional playoff spot. The first is through Weekend League which is open to all FUT Champions verified players. Then the most important method is the online qualifiers. These qualifiers are already ongoing and will hold at most five times in certain regions. 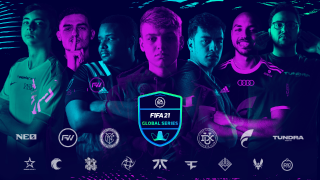 In cases where a player has the required Global Series point for playoffs but also wins their domestic league, the player qualifies through the domestic league. The rankings spot will move to the next highest-ranked player on the regional rankings.

Besides the domestic leagues and online qualifiers, there are other tournaments lined up for the FIFA 21 Global Series season. The eChampions League will return as a regional competition for eligible European pros while South Americans have the CONMEBOL eLibertadores. The FIFA eClub World Cup, FIFA enations Cup, and the FIFA eWorld Cup will also feature in the events for the season. While some of these events like the eClub World Cup already have ongoing qualifiers, the exact dates for many are not known.

The FIFA 21 Global series is a change for all in the esports scene because of the shift from global to regional. Even though there are plans to host all regional winners in a FIFA eWorld Cup, the focus is more on a regional outlook of the esports. EA’s increase of the prize pool to $3 million US dollars across all regional competitions shows the commitment to a new dawn for FIFA esports.