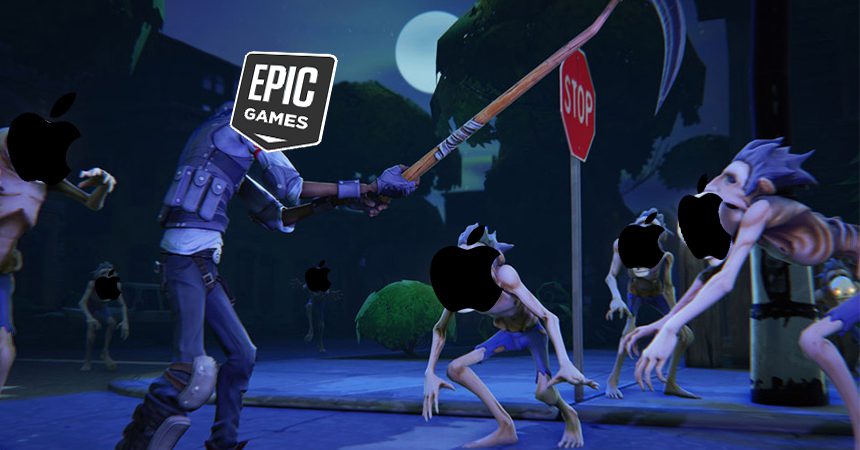 Epic just announced that Fortnite Chapter 2 Season 4 will not be available on Apple devices. Another chapter has been added to the fight between Epic Games and Apple over in-app purchases.

Earlier this month, Fortnite was removed from the App Store for violation of the store’s rules. Epic Games introduced in-app purchases to avoid paying fees to Apple. Of course, Epic Games tried to get back at the American tech company by taking them to court. However, the judge opted to only save Unreal Engine.

Apple then decided to block Fortnite updates and installations in its store until further notices. Epic Games issued an official post defending its position on its website.

Since Fortnite is the source of so much revenue, Apple stated that if Fortnite stops violating App Store rules, it will make the game and its updates available again. Apple is clearly keeping its position clear. “My playground, my rules”.

Legally, Epic broke an agreement it signed when releasing Fortnite on Apple devices. Nonetheless, Epic refused to play by the rules and decided to attack the corporate image. Apple responded saying Epic sent an email with an “invitation for Epic to collude with Apple to maintain their monopoly.” Apple is turning the pressure by framing Epic.

But Epic Games is also making allies in this fight. Since Apple is a tech giant prevalent throughout the world, Epic can’t do it alone. Epic stated that “Apple’s policies are so restrictive that they block gaming services like Microsoft xCloud, NVIDIA GeForce NOW, and Google Stadia from existing on iOS.”

Epic turned a situation where it does not want to share profits to one that fights for the greater good. Although Fortnite Season 4 won’t hit Apple devices, the lawsuit is still making progress. If Epic manages to gather support from different lobbies, especially those against monopolies, this legal battle may become more even. Fortnite Chapter 2 Season 4 launches tomorrow, August 27.

The International 10 smashes records as the largest esports prize pool