G2 Esports took the LEC 2020 Spring Split Championship in a 3-0 stomp, destroying the expectations of Fnatic and the community in the finals.

Heading into LEC Finals, Fnatic came in hot. But all split, G2 experimented with Ramsus “Caps” Winther in the bottom lane. They even lost in the first round to MAD Lions despite being the ones picking the matchup. It was expected to be a nail-biter. 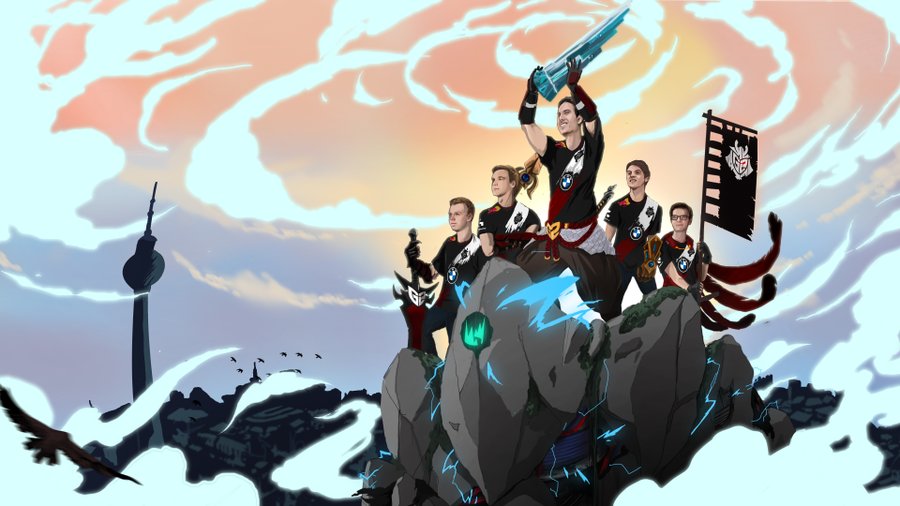 Game 1 kicked off with Fnatic drafting an aggressive composition with G2 planning to scale to the late game, bringing a more defensive early strategy. Fnatic tried to keep up the tempo and force lots of early fights but G2 kept absorbing them. Despite having the weaker early game draft, G2’s midlaner Luka “Perkz” Perković commanded a dominating lead. Having survived the early stages, his Azir was able to rush down Baron Nashor with his team and eventually close out the game in 26 minutes.

In the second game, both teams opted for scaling champions, but it was G2 that took on the role of the early aggressor. G2’s jungler Marcin “Jankos” Jankowski led the way on his Jarvan. After 12 minutes, G2 held a 5-0 kill score against Fnatic. When the Baron spawned at 20 minutes, G2 headed straight for it, forcing Fnatic’s hand. It was Caps’ Kog’Maw that utilized their early gold to shred through Baron and Fnatic’s health bars. The game ended with a 16-2 score at 24 minutes for a dominating G2 victory.

Game three started similarly, with both G2 and Fnatic opting for scaling compositions. However, both teams set up for early skirmishes. Martin “Wunder” Nordahl Hansen obliterated Gabriël “Bwipo” Rau’s Zac with Ornn. By four minutes, Wunder had two solo kills against his opponent. But it was Oscar “Selfmade” Boderek that held Fnatic together. By 21 minutes, the gold count was even but it was Fnatic with three dragons secured. After more skirmishes, it was G2 that pulled ahead after a single misstep by Fnatic’s Tim “Nemesis” Lipovšek. Off that kill, G2 was able to secure Baron buff and snowballed themselves farther than Fnatic could reach. The final game ended 21-10 at 33 minutes.

No one expected the series to end the way it did. Fnatic came in as their team’s best iteration and G2 were still not at peak performance. At the same time, Fnatic’s quality of play plummeted in the finals and G2 reclaimed their former selves. Ever since G2’s acquisition of Caps in 2019, Fnatic has yet to claim a championship title from G2 and it was this split that seemed like Fnatic’s best chance. But once again, G2 proved to be the better team and claimed their third LEC championship in a row.