Esports tournaments have been around for over 40 years. The first-ever esports tournament was held at Stanford University in October 1972. With prize pools up to the millions, tension can get high, making for thrilling gameplay for the fans. But is the success of tournaments due to the games alone? A good caster can change the whole esports experience for viewers.

Traditional sports and esports casting are quite similar in what casters bring to the table each match. There are two types of casting that viewers notice: color and play-by-play casting.

Color casters talk more about the analytics and strategies in the match. These casters focus on teams’ past matches against each other, the different playstyles or in-game performances affected by outside forces (roster changes, in-game patches, etc). Color casters can also focus on individual players and how they perform on certain characters.

Play-by-play casters, on the other hand, focus on the actual gameplay on the screen. As the name implies, they look to explain the action play-by-play. This is so viewers can see the small things that those with veteran knowledge can catch and focus on. 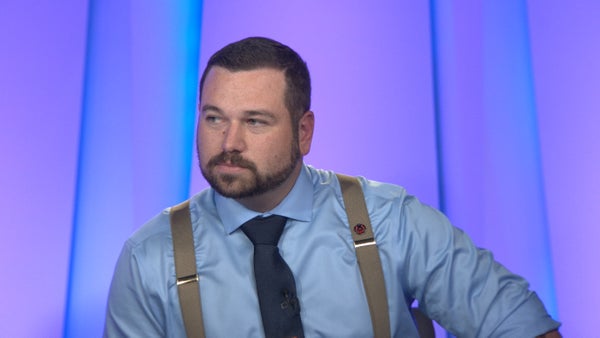 In a recent interview with Gears of War caster Colin “Crow” Clarke, he explains there are really three categories of esports casting. This explanation better fits the role of casting for esports versus traditional sports.

“I look at each caster and their ability to fill one of the three main categories of people who are more likely to tune into a broadcast.” said Colin Clarke. “These three groups consist of the veteran viewer, the new viewer and the developer or sponsor team. [Casters] will most likely never fill all three.”

He believes that most casters should fill two of these roles and that viewers should be able to understand the game. “Casters who fulfill the role of veteran player experience can call the shots, plays and almost sound like geniuses because they know the game on a microscopic level,” Clarke said.

Esports casters who hone in on the new player aspect of the match can simplify it for new viewers. This gives an audience who just found the game or are watching it for the first time a chance to be entertained and taught. In the first parts of a tournament, new viewers may not understand the nuances of high-level play. The fluidity between new viewers and veteran players is essential for entertaining experiences.

“The third type pleases the dev team and sponsors”. Clarke explained. “They are great at representing the product and putting forth an image and a personal charisma or prowess that gravitates the viewers to stay and thus pleases the sponsors/devs. They may never call out the next play, they may not be able to break it down to the new viewer, but they sound good.”

He goes on to mention that the “dev team” caster will look and sound good. These casters also bring a feeling of importance to small things. Goldenboy, MonteCristo and Benson are three casters Clarke points to as this rare caster, who mixes the three types mentioned.

Although viewers listen to in-game casting, these casters also take on tasks to help entertain viewers through commentary. They participate in interviewing players and coaches after matches. Interviews are an integral part of understanding teams and players. These small snippets out of the game give thoughts on what happened or insight into the coming matches. Just like in traditional sports, interviewing players can help humanize and bring an audience closer to the game and teams.

Tournaments also will sometimes hold matches that include both casters and professional players. This adds a bit of fun into a long tournament day and even helps to grow a fanbase for esports casters who may struggle with their charisma alone. In recent years, Riot Games added a few of these caster matches in Worlds and other tournaments for entertainment.

Written and interviewed by Alana Thompson