As more information comes out about VALORANT Act 3, Riot Games surprised fans today with a big announcement. The new update will include a whole new map, Icebox, to join the mix next week.

VALORANT’s new map features a facility in a cold, tundra-like setting. Walls of ice and large freight containers are seen all over the exterior, making for good cover from gunfire. On the inside, different areas like a kitchen and vending machine show that people used to reside here. More important to VALORANT gameplay, there are ziplines to better move around Icebox. The very first horizontal zipline can be seen in a large room that will be a heavily contested area of the map.

Unfortunately, the images shared don’t reveal too much about what gameplay will really be like. What looks to be a large map will definitely need more info shared this week. Since VALORANT Act 3 is scheduled to launch next week, more Icebox details will explain the new map. 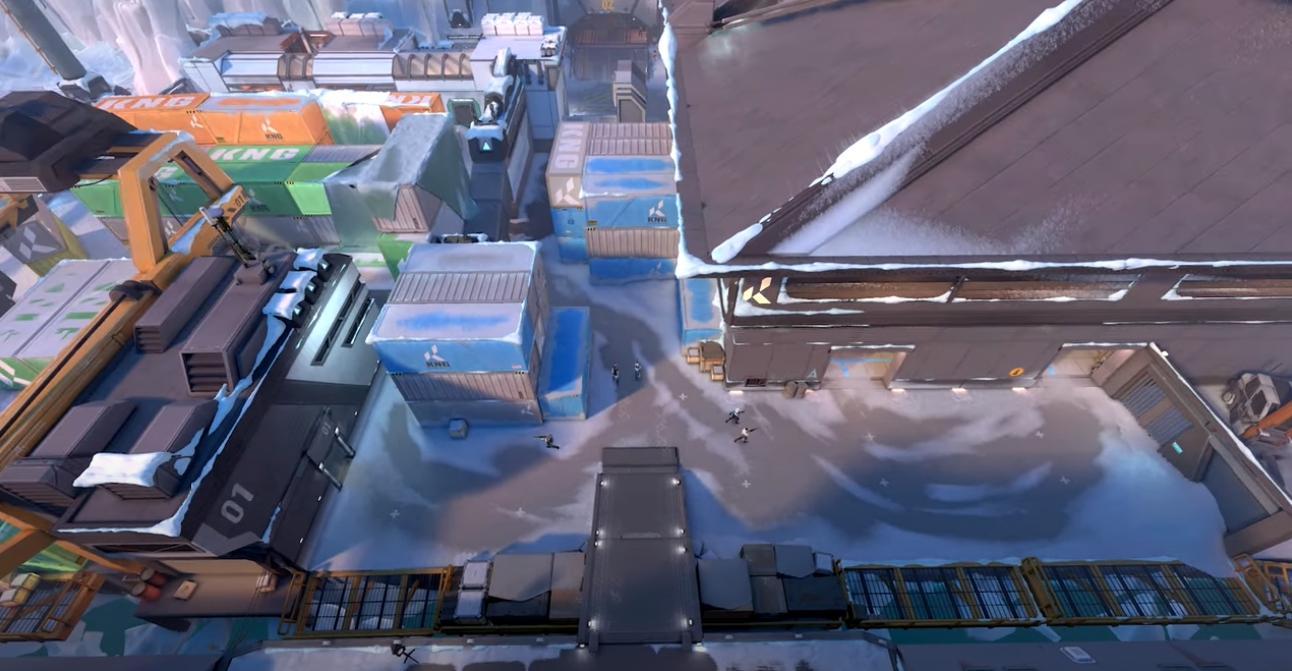 Though the news is a surprise, fans expected something big soon with how much information Riot recently shared. Recent nerfs to the Operator and Jett changed the game and that was just last week. In fact, just yesterday, Riot shared some major ranked and competitive changes coming in VALORANT Act 3.

The game’s social media accounts even teased the new map yesterday. VALORANT’s community quickly gathered insight on the teaser and its meaning. Evidently, the “Пять” in the video means “five” in Russian. Fans connected the dots and realized this meant the fifth map will be an icy setting in Russia. Today’s reveal of Icebox confirms this.

VALORANT once again makes esports news and hypes fans up for Act 3. The game continues to do so with a fast-paced content plan. But since Act 3 is scheduled to release in about a week, fans still await more information. Specifically, a new agent may be announced too. This week will see lots of details about VALORANT Act 3 and the new map, Icebox.

Apply for Icebox, the new VALORANT map in Act 3
Submit application I changed my mind