AUSTRALIA—Multinational architecture company Populous has announced plans for the largest esports complex in the southern hemisphere. In a recent blog post, the company delved into some of the details. Fortress Melbourne, as the venue will be called, is to be 2,700 meters-squared (29,000 foot-squared) and will span across two floors. 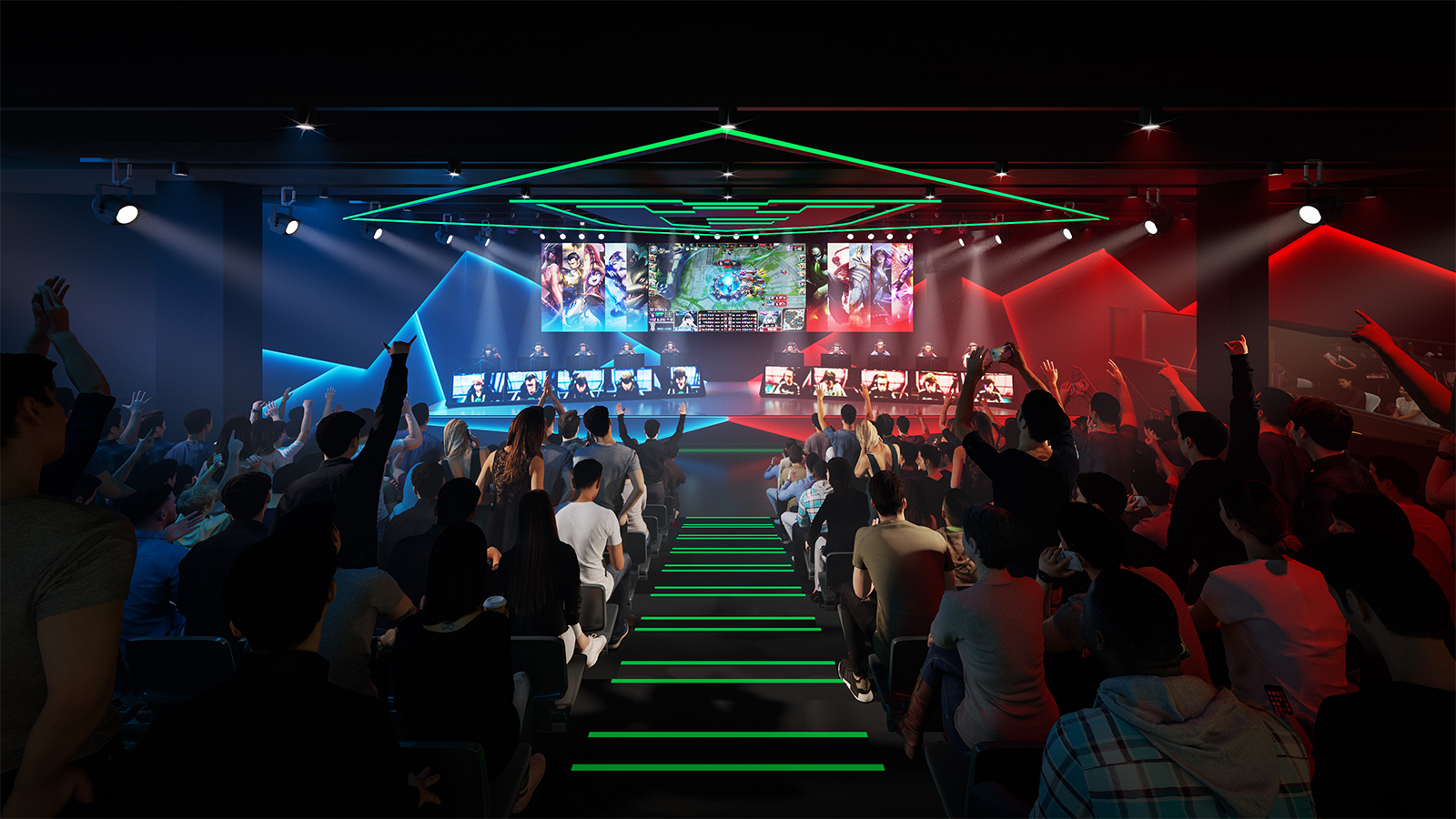 The complex will house a 200 seat stadium, which has been shown in a render by the company. In total, the entire complex will be capable of entertaining a thousand guests at max capacity. In addition to the stadium, the venue will include console gaming suites, a restaurant and two bars. Populous hopes these amenities will appeal to the after-work crowd. Furthermore, casual and competitive gamers alike will be able to play all kinds of games on over 160 gaming PCs. 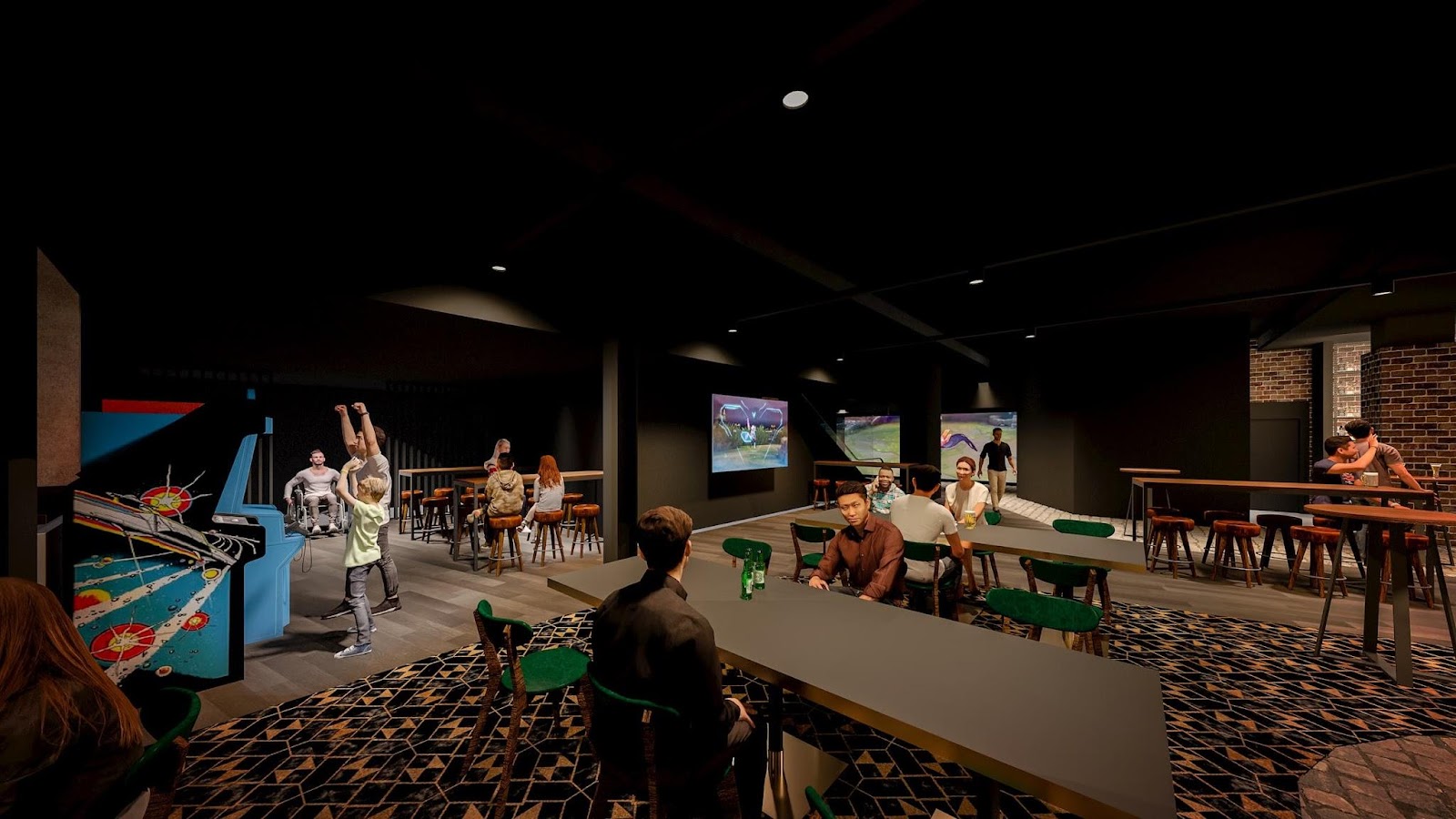 Modern games won’t be the only focus of the complex. There are plans to include retro arcade games as well. Populous intends to build a venue that “celebrates all forms of gaming, from the analogue to cutting edge.” This means the complex will also include virtual reality gaming and “beyond.” These comments show that Populous will continue to improve the venue even after the initial construction is complete. 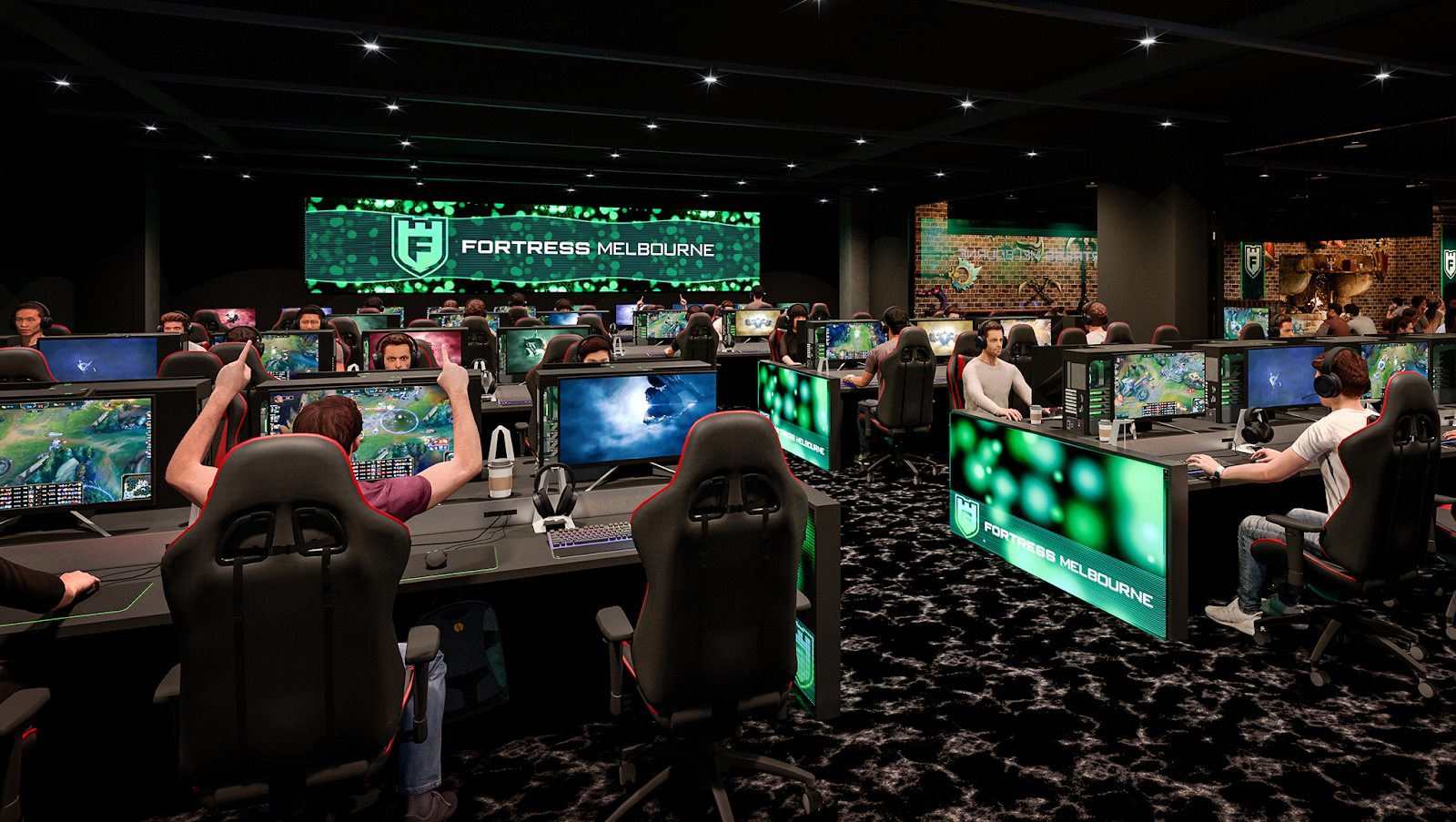 The atmosphere will be set by digital screens and LED lighting that can be customized for events.

“As you enter the venue, you’re taken from the everyday into the hyper-real,” Populous Architect and Project Lead Brayden Goodwin says. “The space provides a sensory experience so you can truly immerse yourself in the game.”

Goodwin also believes that Fortress Melbourne will set the standard for future Esports and gaming venues in Australia.

Venues across the globe

Populous points out the “significant” growth of esports in the past 18 months as a reason behind creating the venue. This also isn’t the first time the company has designed an Esports related project. In 2018, Populous debuted Esports Stadium Arlington as the largest Esports complex in America. With this in mind, it becomes clear that Populous intends to become a leader in Esports venue design across the globe.

Fortress Melbourne is expected to be completed sometime in 2020. The complex will be located at the Emporium in Melbourne, Australia. No events are yet planned to take place at the complex.