“In terms of change, we’re estimating something like 34% retained, 33% improved, and 33% new,” Scruffy summarized. Part of the update will involve a total overhaul of the League of Legends shopping interface. 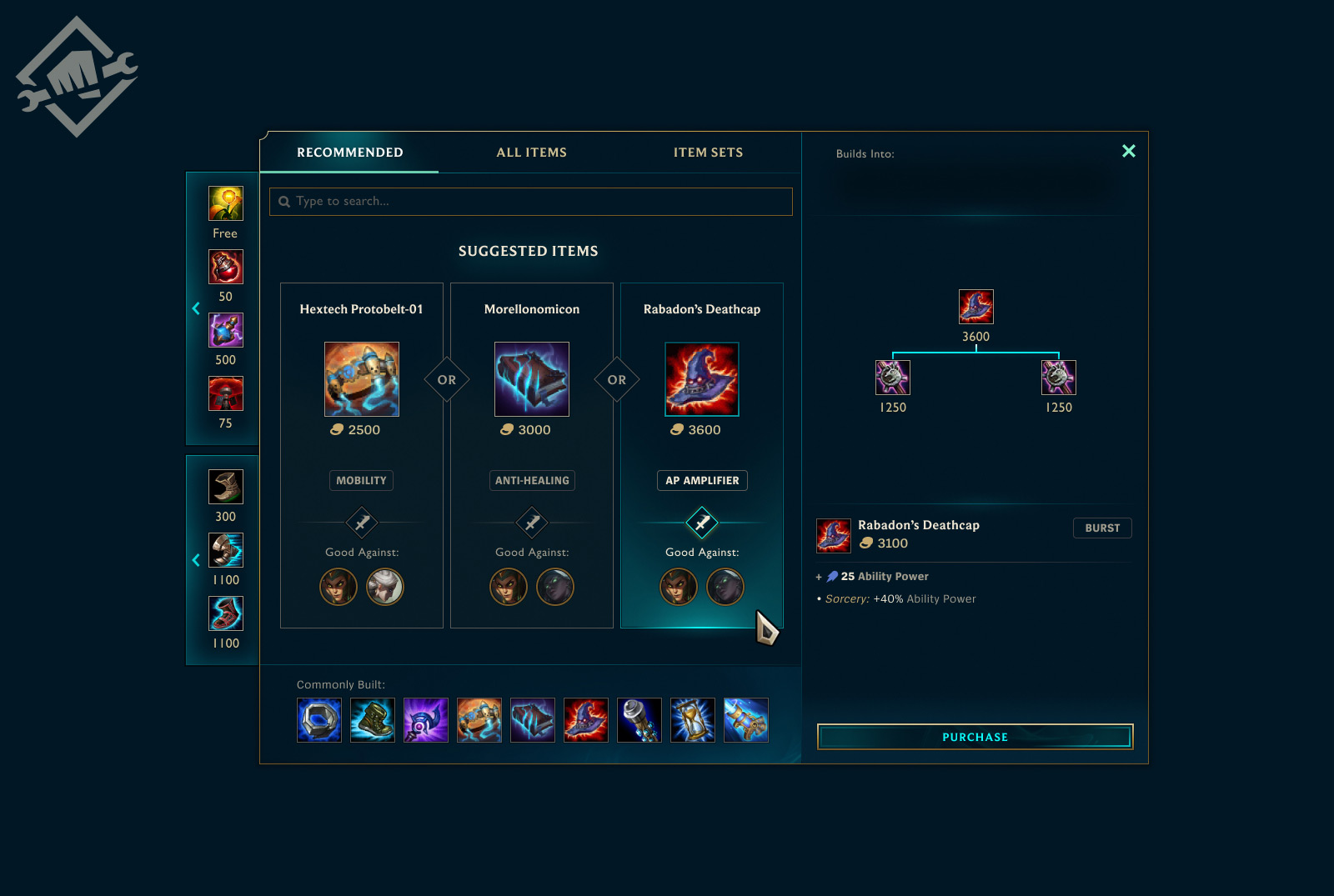 At the moment, MOBAs like League of Legends require vast amounts of research for new players to fully enjoy the game. The rework will have streamlined item recommendations along with basic analysis to go with them. The shop will dynamically provide recommendations depending on the state of the game while the recommendations themselves will be based on data from high ranking players.

Advanced players will have the option to disable this feature, switching to an “All Items” view. 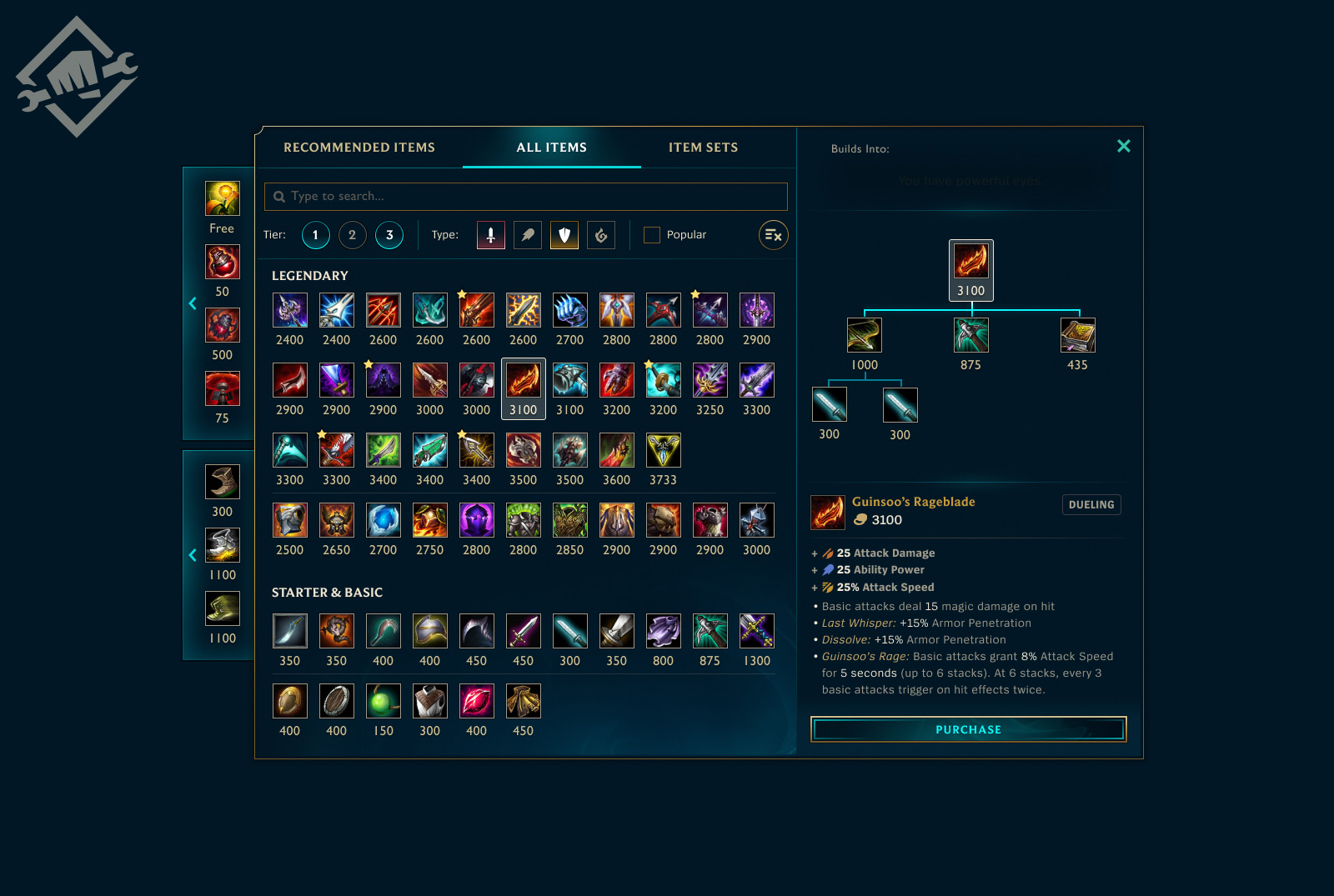 The All Items shop tries to have everything an experienced player needs on one page. Unless they made custom shop layouts, even professional players would spend extra time clicking through the old shop interface. The new layout would have every item in a logical and consistent order. Riot also referenced the usage of their new data capabilities to highlight viable build paths. This would not change the All Items layout but would point the user in a recommended direction.

The rework implies many new items will be made and many old items will be removed. But Riot has yet to show anything more specific in regards to item balance. Instead, they laid out some key design principles moving forward.

Riot will look to remove items that have overlapping purposes. Since the goal is to reduce confusion and clear up room for more unique items, these League of Legends preseason 2021 changes are huge.

Items will now be either a kit augmenting item or an item with a contextual purpose. Kit augments are items that reinforce the champion’s strengths. Additionally, items with contextual purposes will provide assistance in specific situations, like Morellonomicon with its anti-healing ability.

League’s history has a lot of bloated items and effects but these updates will aim to reduce any excessiveness. Riot feels there is too much obscurity in the current system, where certain items have no clear purpose. “We want the item system to move the game closer to its ideal state where all champions have clear weaknesses and counterplay,” said Scruffy.

The item system in League of Legends is incredibly outdated. Even Valve’s Dota 2 has had professional guides integrated with their item shop for years. The stats for League of Legends items are one of the first things to scare off prospective players. Seeing as one of Riot’s biggest strengths is simplifying complicated game titles, it is strange that it has taken over ten years to finally do so. But these League of Legends preseason changes may contribute to the game’s overall longevity.