After an exciting week of esports for the League of Legends World Championship, the groups teams for Worlds 2020 are set. So far, ten of the world’s best teams qualified played against each other to determine which four will make it to Group Stage.

Worlds 2020 began September 25 with teams fighting in groups play-ins for a chance at making it to the actual group stage. Yesterday aired the final matches that saw LGD Gaming and Unicorns of Love triumphant in their battles. The two teams beat Legacy Esports and SuperMassive respectively to secure their spots in.

Although fans expected more competition from the two best-of-five matches, LGD and Unicorns stomped opponents. Legacy and SuperMassive struggled from the start and were swept in 3-0 series. This showed that Europe and China are the two regions to look out for this year.

Conducting the draw for #Worlds2020 will be none other than #LPL legends WeiXiao, MLXG & Clearlove!

Following the initial Worlds 2020 groups teams set on September 14, the fourth spot in each group is now filled. Initially, the top three seeds from the regions of North America, Europe, China, and Korea received guaranteed spots in the group stage. The fourth spot in each group was open for the remaining ten teams to fight over. Smaller regions of  Japan, Southeast Asia, Turkey, Oceania, Brazil, Latin America, and the Commonwealth of Independent States sent teams to participate.

Between these regions and fourth seed teams from NA, LEC, LPL, and LCK, only four remain. Machi Esports, PSG Talon, LGD Gaming, and Unicorns of Love made it through. Machi and PSG represent Southeast Asia while LGD is China’s fourth seed, and Unicorns of Love stems from the Commonwealth of Independent States. Thus, the League of Legends Worlds 2020 groups teams are finalized. 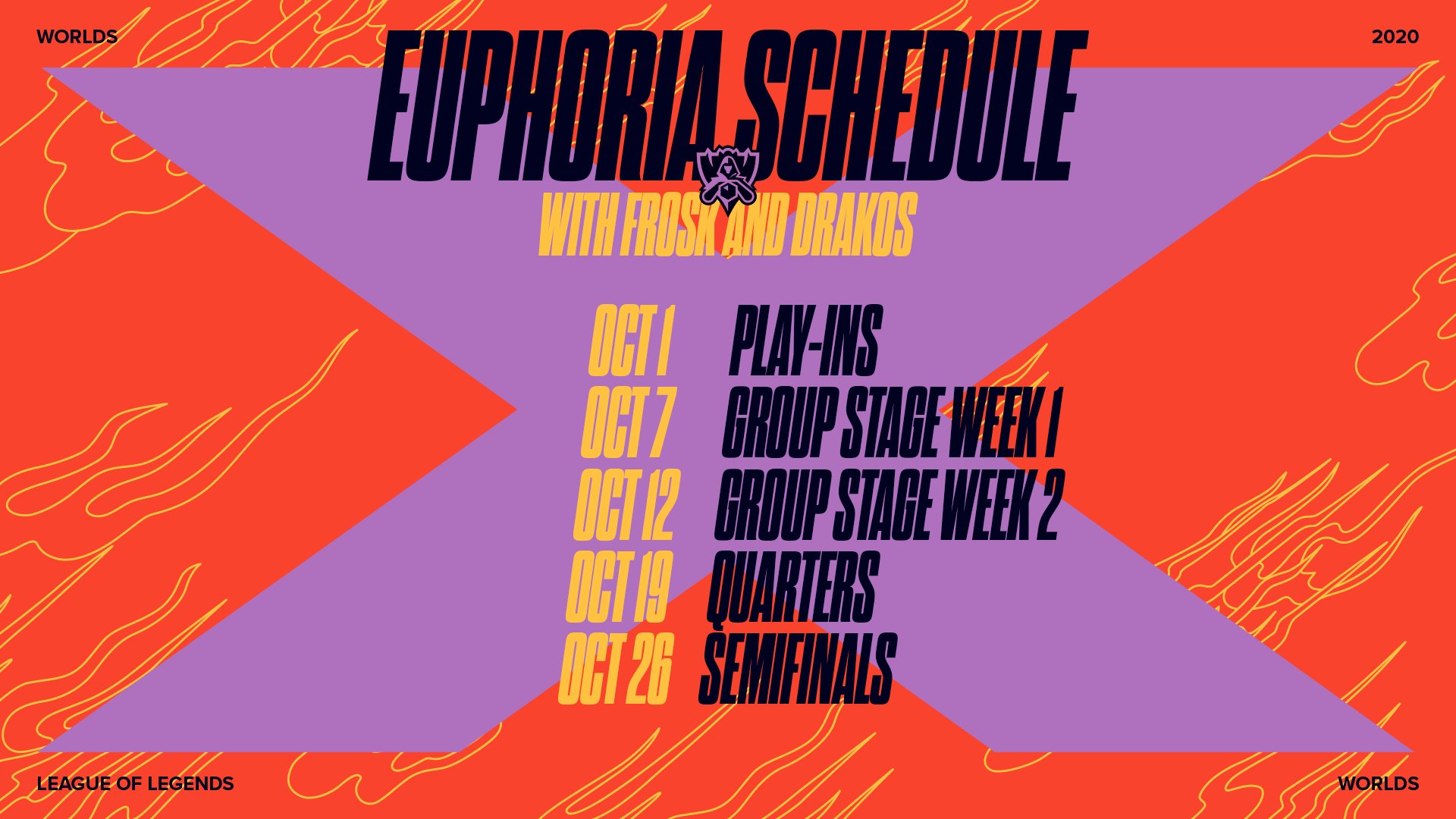 Unfortunately for PSG Talon, the Southeast Asian team placed into Group B, commonly known as “the group of death.” Between League of Legends esports giants like DAMWON Gaming and JD Gaming, PSG and Rogue will struggle. Group C sees a nearly similar power level among Worlds 2020 groups teams. Gen.G Esports and Fnatic are two popular contenders for the championship trophy. Between Group A and Group D, fan-favorites G2 Esports and Top Esports look posed to win.

Worlds 2020 will prove to be one of the most exciting esports events of the year with fans watching everywhere. Especially this year where more underdog teams will compete for a shot at victory. Worlds 2020 Group Stage starts Saturday, October 3, starting with a match between FlyQuest and Top Esports.