Looking back at the 2019 Overwatch League season

An Overwatch season is split into four stages with the first three getting their own playoffs. Stage 4 leads into the season playoffs which consists of eight teams.

Each stage consists of 70 matches. The top team from each division (Atlantic and Pacific) and the next six best teams qualify for Stage Playoffs.

Between Stage 2 and Stage 3 is the Overwatch All-Stars League. The All-Star league is a 2-day event that consists of fun challenges, custom games and an official All-Star match.

Next up comes the post-season playoffs. Teams will battle it out in the fourth stage to secure a spot in the final playoffs of the season.

The goal is to reach the Grand Finale and be crowned as the Champion of the Overwatch League with a cash prize of $1,100,000.

Stage One, the stepping stone of the Overwatch League. This year’s Stage One went from February 14 to March 17.

Two of the top teams in the league started strong in the first stage. The Vancouver Titans and NYXL both went undefeated in Stage One play.

Once the playoffs began, the Titans bulldozed the Boston Uprising and Seoul Dynasty. That set up a finals matchup against the SF Shock, a precursor for things to come. The Titans took down the Shock 4-3 and earned a sum of $200,000. 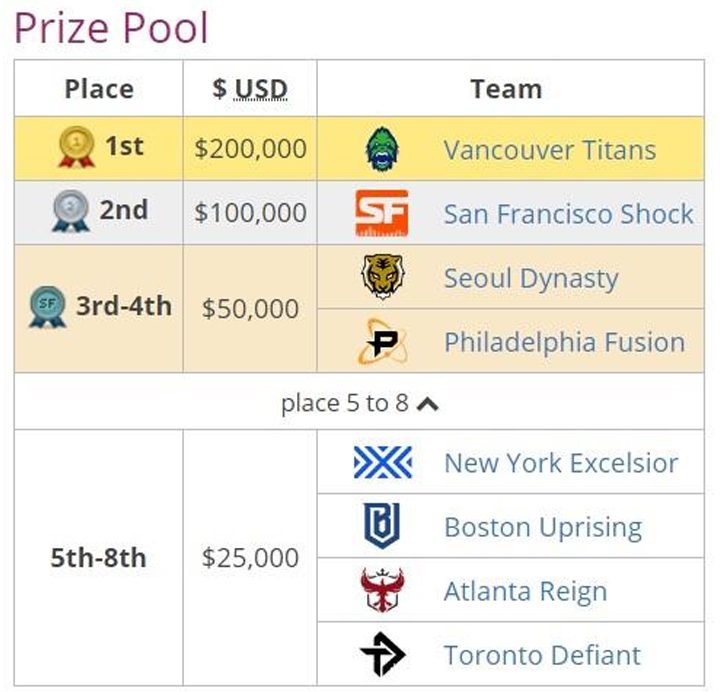 The stage kicked off on April 4 and finished on May 5. As the team to beat, the Vancouver Titans held the crowd’s focus through the stage, but it was the Stage One runner up San Francisco Shock who took home the gold.

In the regular season, the Shock completed the first ever ‘Golden Stage.’ That means that they not only beat every single team, they also didn’t drop even one map. With a record of 28-0-0 and the Shock set history and set themselves on the path that would end with a world championship five months later.

While the Shock did end up dropping some maps in the playoffs, they still finished the stage unbeaten and got revenge over the Titans in the Stage Two finals. 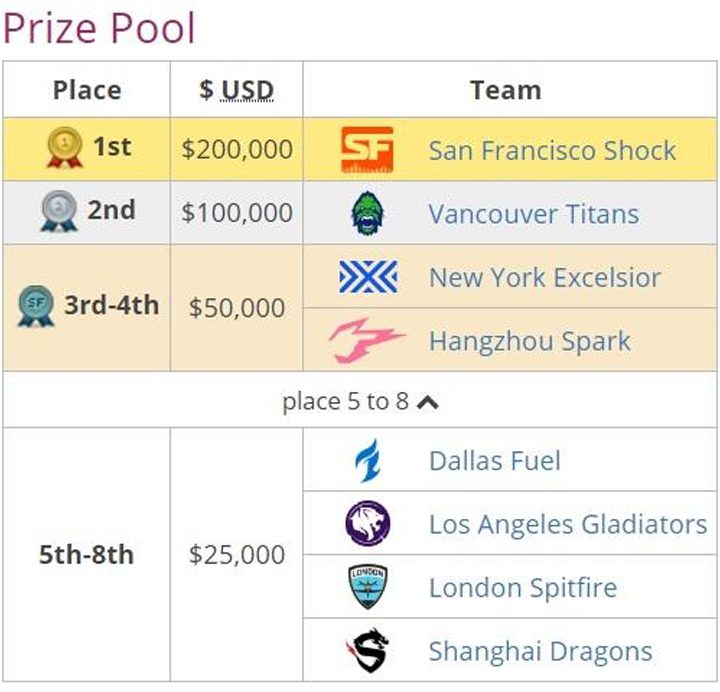 Overwatch All-Stars was a breath of fresh air for pro players. One official Overwatch game was played in addition to three custom games: All-Star Arcade, Widowmaker 1v1 and Talent Takedown.

Atlantic and Pacific Division coaches drafted casters and analysts as players for a thee-map set with players casting the match.

Fans decided which players started for each division while 12 additional players were selected by the league’s players, casters, coaches and staff. The Atlantic Division nearly swept the Pacific Division ending with a 4-1 score.

Stage 3 commenced on June 6 and finished on July 7. For the first time, teams not named the Shock or Titans were able to finish on top. It was the NYXL in the regular season and surprisingly the Shanghai Dragons who won the Stage 3 Playoffs.

After a winless run from Season One that extended through the first stage of Season Two, the Dragons had been the OWL’s preeminent dumpster fire. Now they finally were able to enjoy some success, although it wouldn’t carry further than this stage. 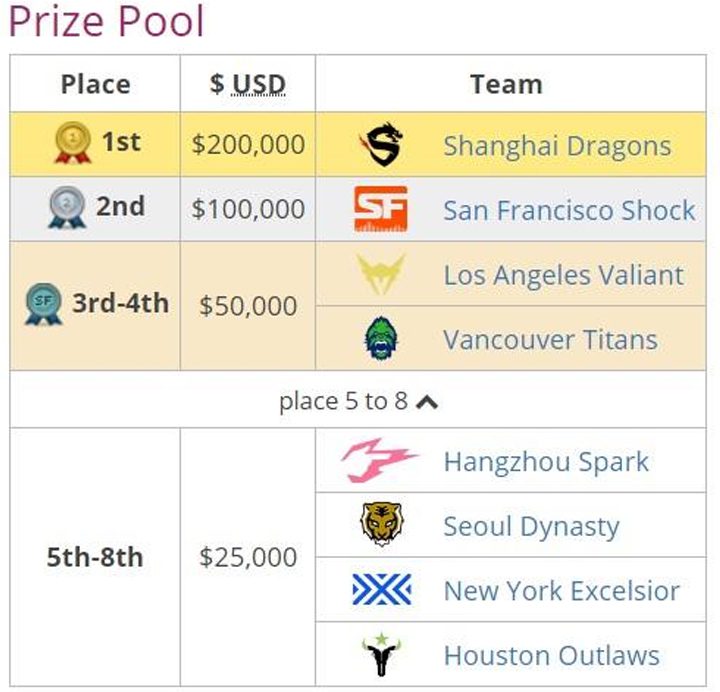 Then came Stage 4. Teams fought hard, persevered but only a selected few could pass on to the final playoffs. Stage 4 started July 25 and ended on August 25.

The Atlanta Reign and the Shock both went undefeated during regular season play with Atlanta topping the table for the first time. These two teams would then meet up in the first round of the stage playoffs. Despite the Shock being the favorite, the Reign actually took home the series 4-3 sending the Shock to the loser’s bracket.

Then the Shock didn’t lose. At all. Not even one map. In an achievement arguably more impressive than the Golden Stage earlier in the year, the Shock swept the London Spitfire, LA Gladiators, Hangzhou Spark, NYXL and finally the Vancouver Titans. They won 20 straight maps against the best teams in the world en route to becoming Season Two champions. 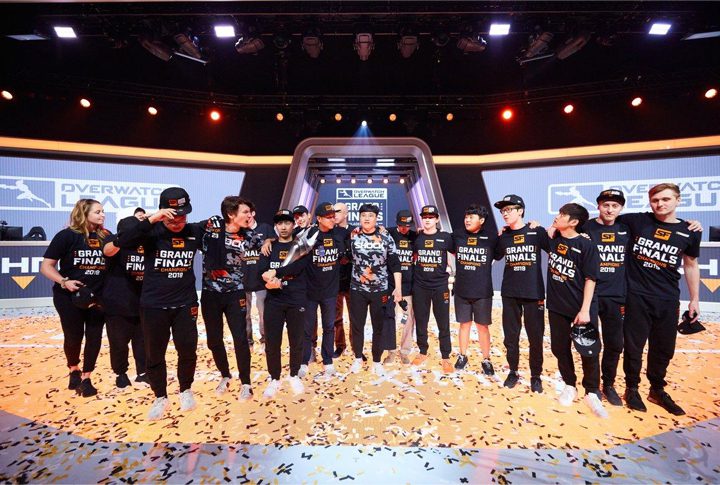 The Shock won the grand prize of $1.1 million, a nice payday to bring into the move to Homestand Weekends coming in 2020. That season will be the most important year the league may ever have as they figure out if this on-the-road league will actually be a hit with hometown fans. At least the Shock and Titans will have a year’s worth of success to point back on.

Listen to Mitch Reames and Terrel Skellie discuss how the Shock became World Champions on the Esportz Network Podcast: