A captivating Overwatch League (OWL) esports series culminated this weekend in a seven-map thriller between Los Angeles Gladiators and Chengdu Hunters. Barging through the relentless action of the Hunters, the Gladiators became the 2021 OWL Countdown Cup champions, earning their first league championship title. This title win comes after consecutive championship dominance from the Shanghai Dragons.

Today, a winner is crowned ?

The Talent Takedown is LIVE NOW, followed by the Countdown Cup finals, live from @uhmanoa!

The grand final of the Countdown Cup ended in an electrifying duel from both teams with a 4-3 scoreline. It wasn’t clear who would take the ultimate prize home until Kim “Shu” Jin-seo wreaked havoc on the Hunters to save both the map and the series for the Gladiators. Right from the first round, Chengdu began with absolute control of the game on Oasis. Yi “Jinmu” Hu’s Pharah then rained terror on the Gladiators, taking Hunters to a 2-0 win on Oasis.

LA Gladiators countered swiftly on Temple of Anubis to secure a 1-0 win thanks to DPS star Kim “birdring” Ji-hyuk. With confidence, they outshone the Hunters on the next couple of maps, stomping them 3-2 on Numbani. While Numbani is one of Chengdu’s favorite maps, they could not escape birdring’s wrath consistently tearing through their backline.

On Route 66, Chengdu Hunters introduced MVP candidate Huang “Leave” Xin, who put up extraordinary Hanzo plays. They slashed and hacked through the map, only for the LA Gladiators to showcase their superb team-play performance towards the finish line. Gladiators thwarted the threat from Hanzo to secure another 3-2 win in the 2021 OWL Countdown Cup.

With Numbani and Route 66 wins, the Gladiators needed one win to become Overwatch League Countdown Cup 2021 champions. With the series on the line, the Hunters ignited their dreams for the win by using “Control Buff” to win Ilios 2-0. Tearing down Los Angeles’ shields, Leave led his MVP campaign on Hanzo and Tracer to win the sixth map, King’s Row, bringing the series to a 3-3 tie.

On Havana, led by Jinmu and Leave, the Hunters came out blazing, unleashing chaos and skirmishes. But a world-class showdown on Hanzo by birdring neutralized the battle. This let LA Gladiator’s MVP candidate Kim “Shu” Jin-Seo to execute a multi-kill in the last minute, winning the map and title in a 4-3 series victory.

After winning the Overwatch League Countdown Cup, the Gladiators will pocket $100 thousand to be split among the team. Runner-ups, Chengdu Hunters, take home $70 thousand. Atlanta Reign came third in the tournament by defeating Seoul Dynasty to earn themselves one OWL point and $35 thousand. Seoul Dynasty takes home $20 thousand but without league points.

With the three OWL points earned from winning the Countdown Cup, the Los Angeles Gladiators are now ranked second in the Western Region, giving them a direct entry to the 2021 playoffs round. Meanwhile, Chengdu Hunters, who earned two league points, are second in the Eastern Region. League points and wins will determine the seeding on OWL playoffs set to begin on September 16. The play-ins, where teams compete in regional matches for a spot in the playoffs, will begin on September 4 to crown the best Overwatch esports team. 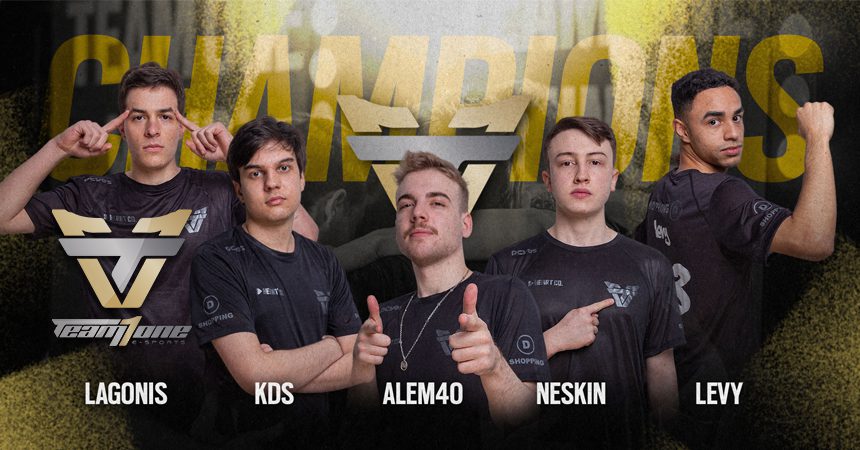