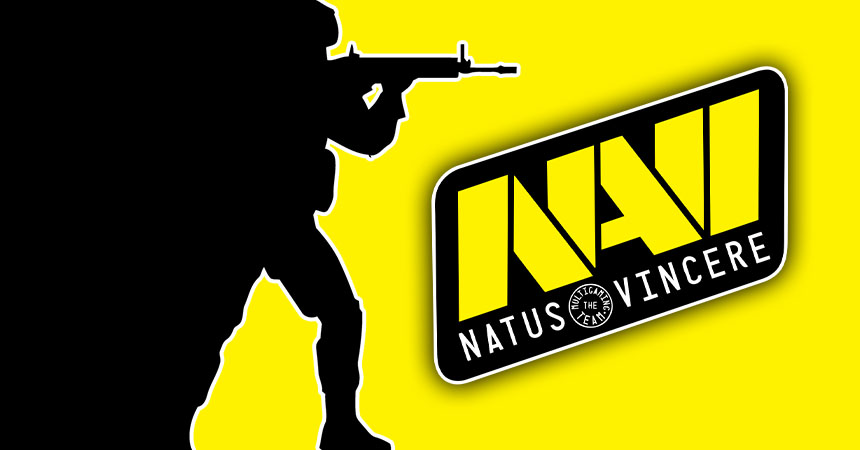 Natus Vincere debuted their CS:GO roster at DreamHack Masters Malmö 2019. Despite their semi-final loss to Vitality, the CIS team presents immense scope for improvement as the best team in the world.

They added Ladislav “GuardiaN” Kovács to their CS:GO roster after the StarLadder Berlin Major 2019. The CIS team has new leadership, a new coach, and Oleksandr “s1mple” Kostyliev is now a rifler on the team. These role changes create a new identity for Natus Vincere. An identity that can win their first CS:GO Major in 2020.

What does GuardiaN bring to the table? 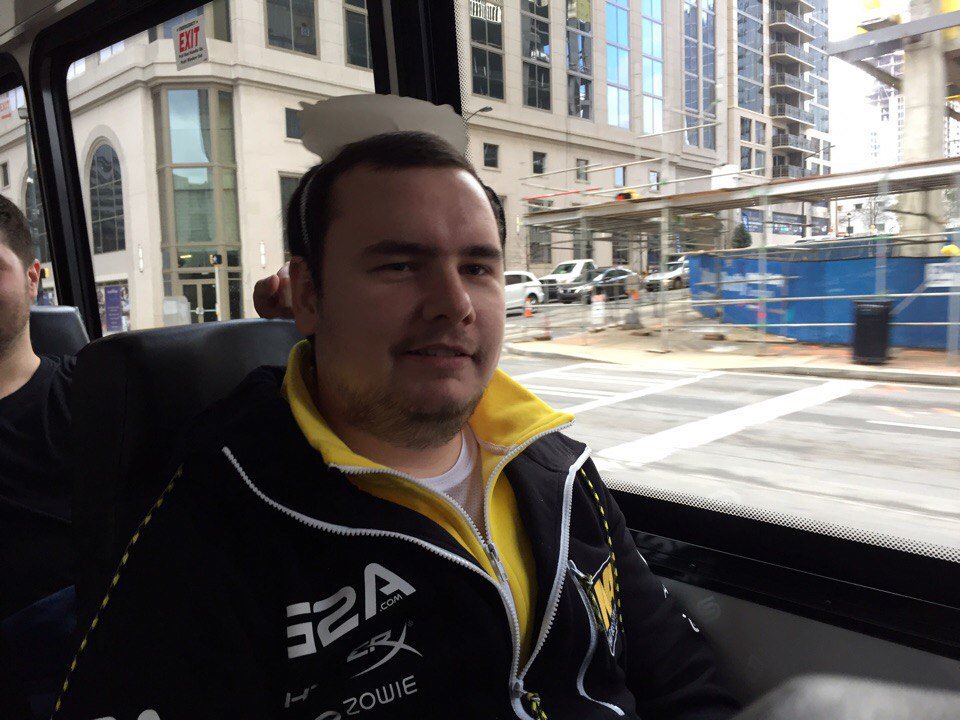 GuardiaN returns to Na’Vi and now takes on the role of the primary AWPer. Image via GuardiaN.

GuardiaN is one of the best-known AWPers in Counter-Strike and the best player in the world during the early years of the game. However, his form saw a rapid decline since 2016. A transfer to FaZe Clan did not revive his fortunes as the roster experiment did not live up to expectations.

As a veteran in CS:GO, GuardiaN remains one of the most prolific AWP players in the game. His individual performance does not reach his peaks in 2014 and 2015. However, he remains relevant with his positioning and game understanding.

GuardiaN is one of the most aggressive AWP players in the game. But despite being such an aggressive player, he often has an exit plan for difficult situations. The 28-year-old Slovakian player is also fluent in multiple languages, allowing for his seamless transition from Na’Vi to FaZe Clan and back. 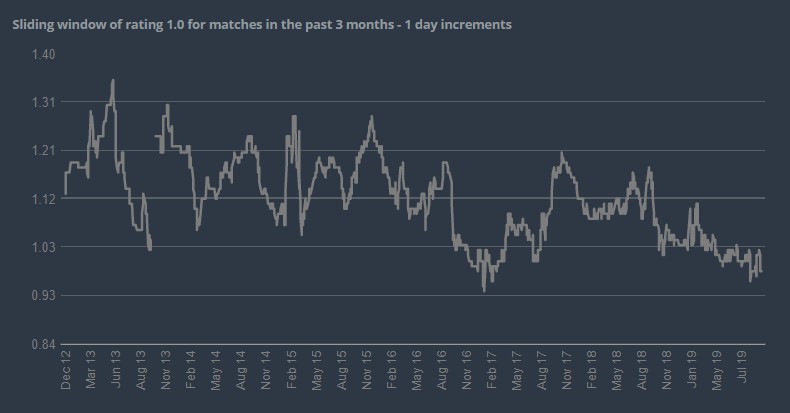 GuardiaN’s Player rating has seen a drop in performance in recent years. Image via HLTV.

His addition to Na’Vi is undoubtedly the most significant change on paper. However, his addition paves the way for new changes to the players’ role and the team’s playstyle.

s1mple picks up the rifle

GuardiaN replaces s1mple on Na’Vi as their primary AWPer. Since his addition to Na’Vi, s1mple donned the role of the AWPer, mostly out of necessity rather than comfort. 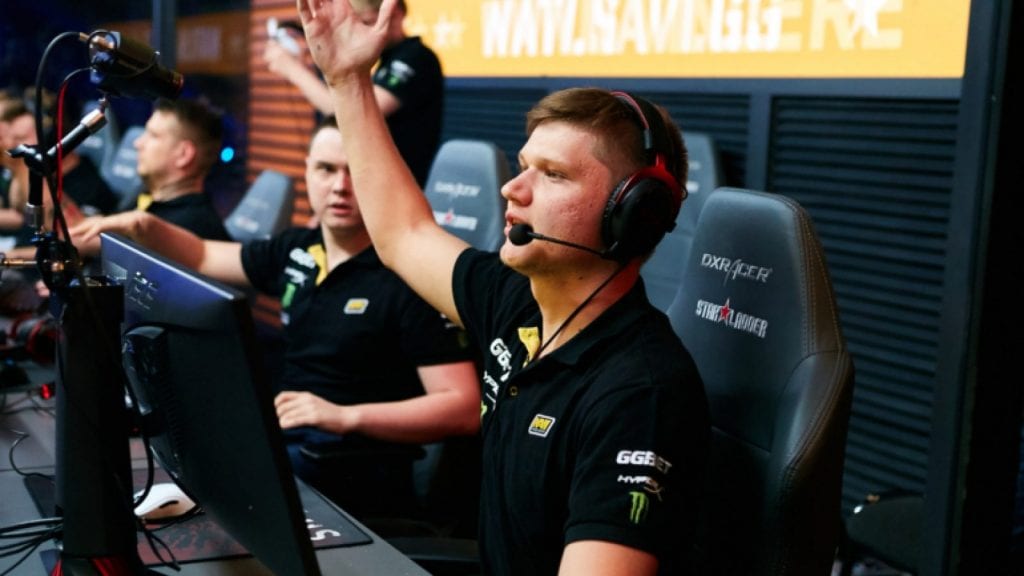 S1mple as a rifler opens up new possibilities for Na’Vi. Image via StarLadder.

S1mple is no stranger to playing with the rifle and occasionally picks up the rifle for when their economy is in tatters. But being free of the AWP role allows him to play SMGs and rifles. S1mple earned notoriety for aggressive and individual gameplay while on teams like Team Liquid and Flipside Tactics. Since then, he has tamed his attitude and playstyle, focusing more on team play and coordination. 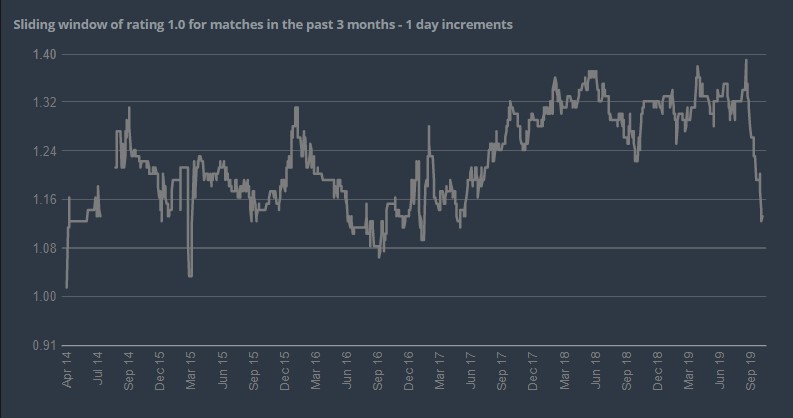 s1mple’s performance graph over the past five years. Image via HLTV.

S1mple’s performance improved drastically throughout the years. Despite his individual performance, Natus Vincere found problems within the roster, mostly involving poor strategy and players in the wrong role.

Danylo “Zeus” Teslenko’s retirement and Mykhailo “kane” Blagin’s departure paves the way for Boombi4 and B1ade to assume new responsibilities in the organization. While Boombi4 takes the In-Game Leader position for Na’Vi, B1ade transitions as their new coach. 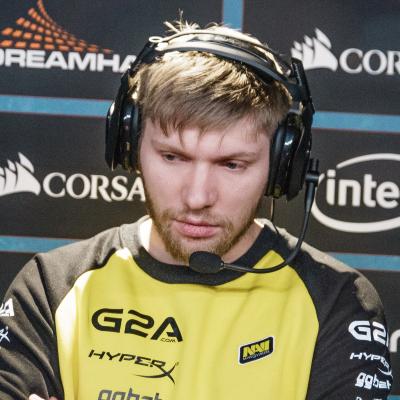 B1ade brings a new style of coaching and strategies to Na’Vi. Image via HLTV.

B1ad3 joined Na’Vi as their esports director in March 2019. While Zeus and Kane led the StarLadder Berlin Major campaign, B1ade was the obvious choice for the position of the next Natus Vincere coach.

Years of experience as a coach accompany B1ad3 as he brings something new to Na’Vi. B1ade’s tactical assessment of the team’s playstyle adds another perspective to their playbook. He also played alongside s1mple during their time together on Flipside. His history with the player will be crucial in shaping the new Na’Vi.

A new-look Na’Vi with B1ade as the coach and Boombi4 as the In-Game Leader could be the perfect recipe for the CIS team’s success.

Boombi4 brings a new outlook to the game and helps Na’Vi shed their previous playstyle. He was the obvious choice as In-Game Leader. With Zeus’ imminent retirement in 2019, Boombi4 spread his influence on the team’s playstyle and tactics.

The former Quantum Bellator Fire player shows he is capable of leading teammates to achieve their goals. His time on QBF saw them reach their first and only CS:GO Major Championship at Eleague Major 2017.

Natus Vincere next appears at the BLAST Pro Series Copenhagen 2019. 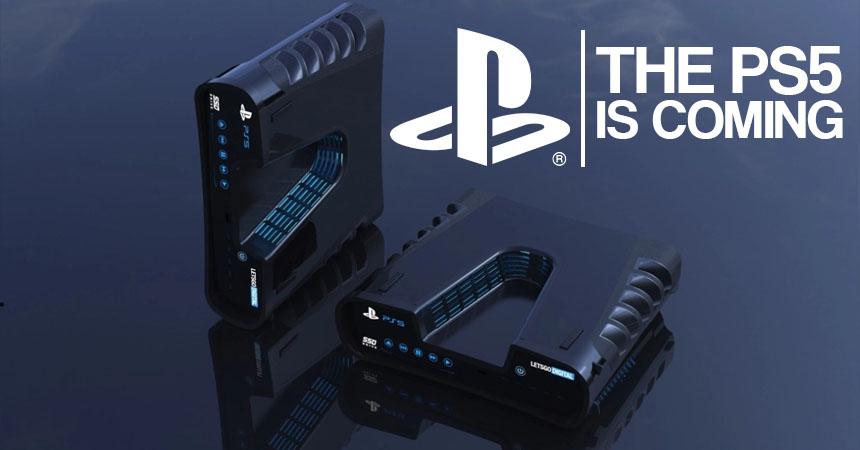 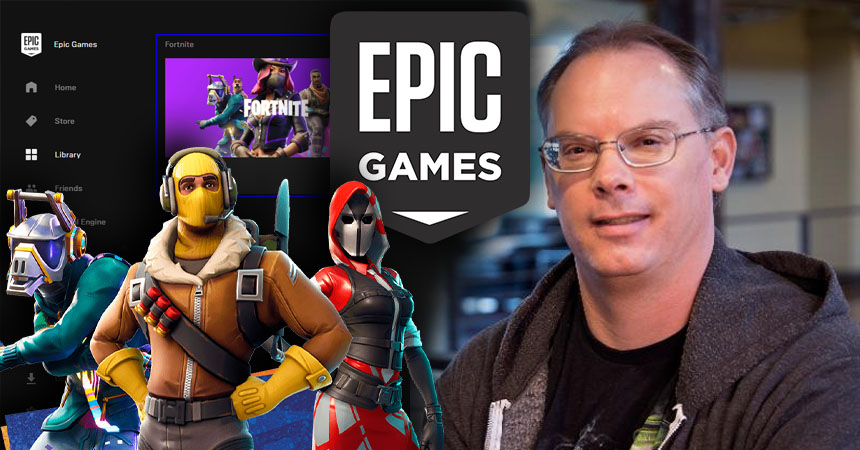 Apply for Natus Vincere: the next best team in the world
Submit application I changed my mind