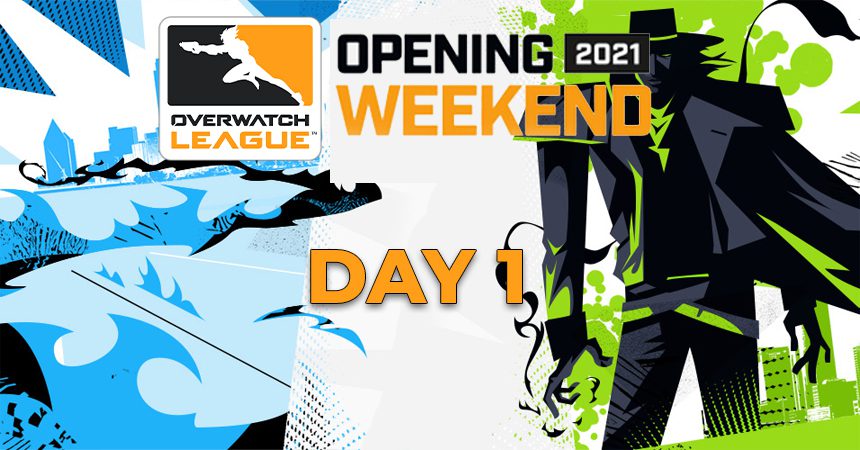 After many months of waiting in the Overwatch League offseason, esports is back and Day 1 of 2021 OWL saw big winners in today’s teams.

Today’s games started with a showdown between the two Texas-based teams. Houston Outlaws and Dallas Fuel played each other in a heated five-map series. Houston took the first map on Busan but from there, it was a back and forth. Jung-woo “Happy” Lee, the DPS for Houston Outlaws, saw a particularly good game with huge multikills on his McCree. In the end, the Outlaws defeated the Fuel in a close 3-2 match for Day 1 of 2021 OWL.

The Kings of Texas have been crowned!

The @Outlaws take down the @DallasFuel in a heated five-map series to kick off the new season! #AnteUp #OWL2021 pic.twitter.com/Kcy5cFiCCf

Following that, back-to-back Overwatch League Champions San Francisco Shock played the Los Angeles Gladiators. Although this matchup was not as volatile as the first, it was still just as exciting. Most notably, Minki “Viol2t” Park, one of powerhouse players for San Francisco, swapped roles. Normally playing flex support, he flexed to DPS today and made big plays with it. Despite hard work from Indy “SPACE” Halpern, the Gladiators couldn’t keep pace. Day 1 for the 2021 Overwatch League wrapped up with the Shock coming out on top 3-1.

Viol2nce seems to be the answer.

In a four-month-long regular esports season, the 2021 Overwatch League sees many teams change up their 2020 performances. Teams like Washington Justice and Hangzhou Spark made massive changes in their rosters and facilities to make comebacks.

Overwatch esports will see lots of excitement this year as star players look to flex their roles. OWL 2021 Day 1 is over now but the action resumes tomorrow as the Guangzhou Charge face the Shanghai Dragons. Because tomorrow’s games are in the Eastern Conference, they start at 2 AM PST on April 17.