This weekend hosted the 2020 Overwatch League Playoffs Round 1 ending in many surprises. All 20 OWL teams participated this weekend, truly creating an exciting weekend for Overwatch esports.

Because of the effects the COVID-19 pandemic has had on esports, Blizzard thought it fair to include all teams, regardless of position in standings.  While all teams can qualify to playoffs through play-in brackets, those who performed better during the season got more advantages. These include a higher seeding, choice of opponents, first map picks, and a bye. Play-in matches started September 3 to see who qualifies for playoffs on September 5.

What was your favorite moment from this weekend?

Tune in this week for more, only on https://t.co/tbTGBsbQac 📺 pic.twitter.com/6VXNl6bapv

For North American fans, this weekend was full of matches in Overwatch League Playoffs Round 1. Boasting over a dozen competitive best of three matches, every NA team fought for a shot at becoming the next Overwatch champion. Unfortunately, Boston Uprising, Dallas Fuel, Houston Outlaws, Toronto Defiant, and Vancouver Titans did not succeed in getting through. 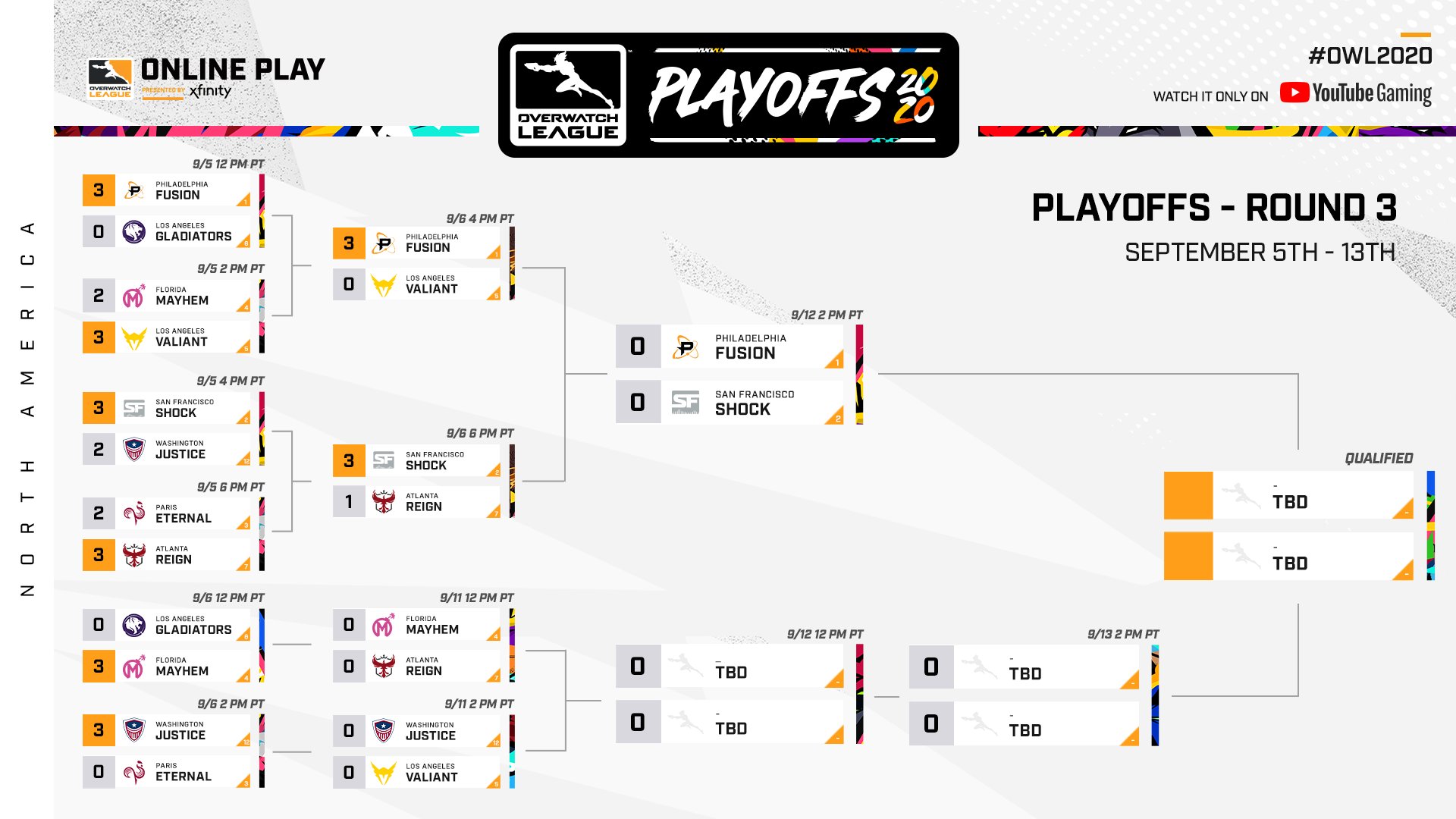 Over in APAC, only four of seven teams went through to playoffs. New York and Chengu saw a particularly close series in the play-in stage. Both teams used dive compositions with D.Va, Hammond, and Winston. Eventual Excelsior won the five map match against Hunters to enter playoffs.

Chengdu Hunters, Hangzhou Charge, and London Spitfire struggled in play-ins causing them to miss Overwatch League Playoffs Round 1. Guangzhou Charge, New York Excelsior, Shanghai Dragons, and Seoul Dynasty will face each other to see who can become the Overwatch 2020 world champ. 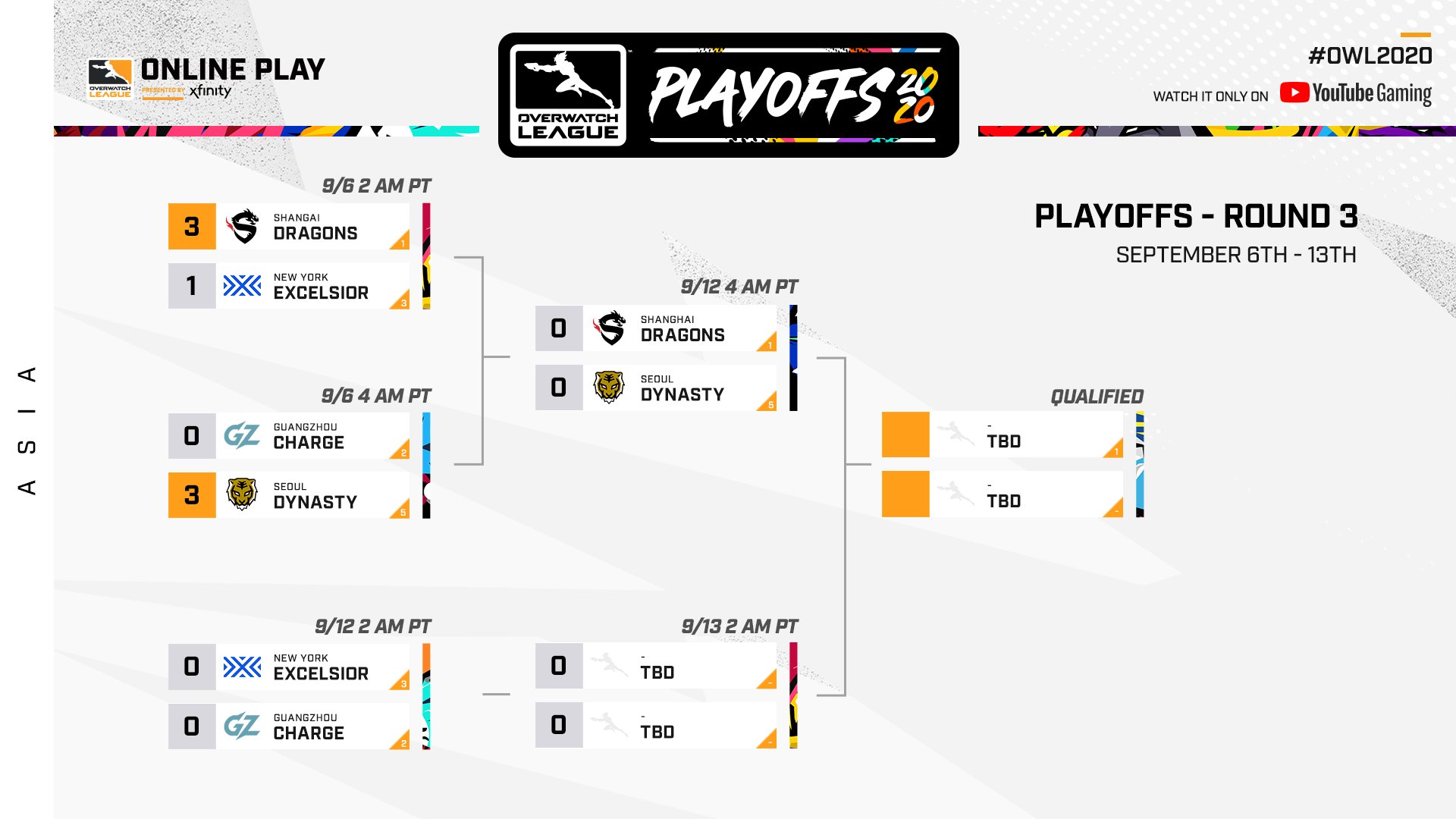 Although the global pandemic negatively impacts much of esports, Blizzard helps Overwatch League letting all teams participate. This led to a long weekend of Overwatch esports for fans. Only 10 of the initial 20 OWL teams are still in the running for finals. At this point, anything can happen to turn the tides. September 11 starts the next round of playoff matches so fans will want to tune in and see what happens.