2020 has been a strange year for the Overwatch League. COVID-19 changed a lot of plans, like Homestand Weekends, and forced OWL to move to an online format with two separate regions. Nevertheless, Blizzard found a way to move forward and the long season is coming to a close. Here are the matches to watch this weekend in OWL Week 29.

While Los Angeles Gladiators and Los Angeles Valiant aren’t at the top of the standings, they will still fight for a better seed in the playoffs. Currently, Valiant is 11-9 and Gladiators are 9-9. Gladiators play three games over the weekend, giving them a higher seed than the Valiant if they win all three games. Due to the high stakes, both teams must play their best, especially if the Gladiators pick up wins against Florida Mayhem and Atlanta Reign. 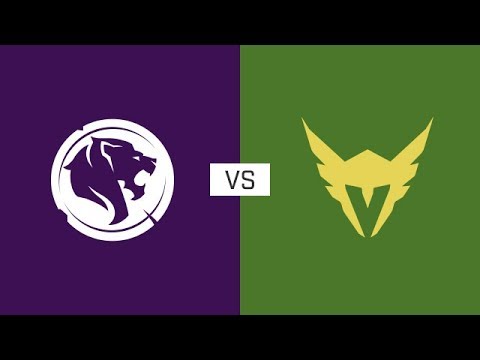 Atlanta Reign is right there in the middle of the pack with the Valiant and the Gladiators. At 10-9, how they perform this weekend will determine their playoff seed. San Francisco Shock is currently third place in the league and will not be an easy opponent. Even after losing former OWL MVP, Jay “Sinatraa” Won, they remain among the top teams in the league. Atlanta Reign has a tall task. But so far, they have shown flashes of brilliance throughout the season and will surely give it their all in this one during Overwatch League Week 29.

Los Angeles Gladiators vs Atlanta Reign is another match that will help decide the seedings for the middle-of-the-pack teams. Because of how close the teams are in terms of skill, these two will really decide their OWL standings. San Francisco is undoubtedly expected to beat Atlanta, but this one could go either way, depending on which team steps up. Gladiators will need to win this to get ahead of Atlanta and Valiant. If Atlanta wins, they improve their chances of finishing ahead of the two Los Angeles teams.

OUR REGULAR SEASON CONCLUDES WITH A TRIPLE THREAT

Ready your shields, our weekend begins today with a battle against the @FLMayhem. pic.twitter.com/MzRhPyrlyf

While most of the other matchups this weekend won’t have playoff implications, there are still some worth watching. Seoul Dynasty plays twice, and while they don’t stand to improve their seeding, winning could go a long way toward improving their confidence. Things haven’t looked good for them so far in 2020. They have been inconsistent and lost games that they arguably should have won.

New York Excelsior is in the same boat as Seoul, where they looked great early on but weren’t consistent. After signing Hyo-jong “Haksal” Kim, the 2019 Rookie of the Year, New York ran into even more problems. If they want to win in the Asia region and advance to the finals, they will need to prove that they can win against teams like the London Spitfire, who they play this weekend.

Vancouver Titans, Boston Uprising, Toronto Defiant, Paris Eternal, and Washington Justice all play games this weekend, but these games won’t have much of an impact on their playoff seeding. Nevertheless, there will be plenty of action over the weekend as the 2020 Overwatch League season closes soon.

Overwatch League Week 29 will host some very exciting matches. Be sure to catch all the games live on the Overwatch League’s official YouTube channel beginning at 3:00 p.m. EDT on Friday.