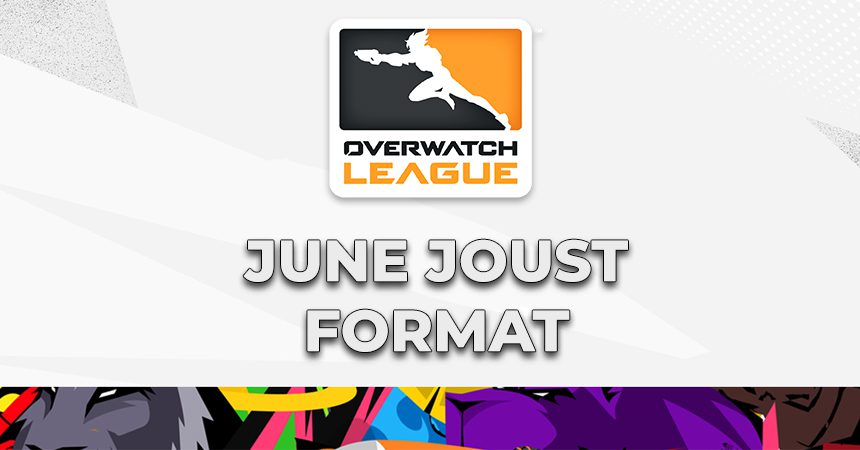 After only a few days since Overwatch League (OWL) May Melee ended, the full format and details for the next upcoming esports event, June Joust is revealed. The next tournament features an updated format, hero pool rotations and the casual patch and map settings. The event kicks off later this month and lasts from May 21 to June 12.

Hero Pools are back! Check out who's on the chopping block. ? https://t.co/CB5T7diVYd pic.twitter.com/kQAD0Wb6br

It’s only been under a week since the OWL May Melee tournament concluded. Fans got to see teams compete and show off extraordinary moments throughout the competition. With Dallas Fuel taking the cup, fans must see if they can do it again in the OWL June Joust. However, with the group’s winning DPS heroes, Tracer and Sombra out of the picture, it’ll definitely be exciting for viewers to see what kind of tricks and strategies they pull off.

Overwatch League’s May Melee tournament format will be used again in June Joust. The only major difference is that there are now tiebreaker changes. These format updates are to “further mitigate against the possibility of needing to play an additional tiebreaker match.” 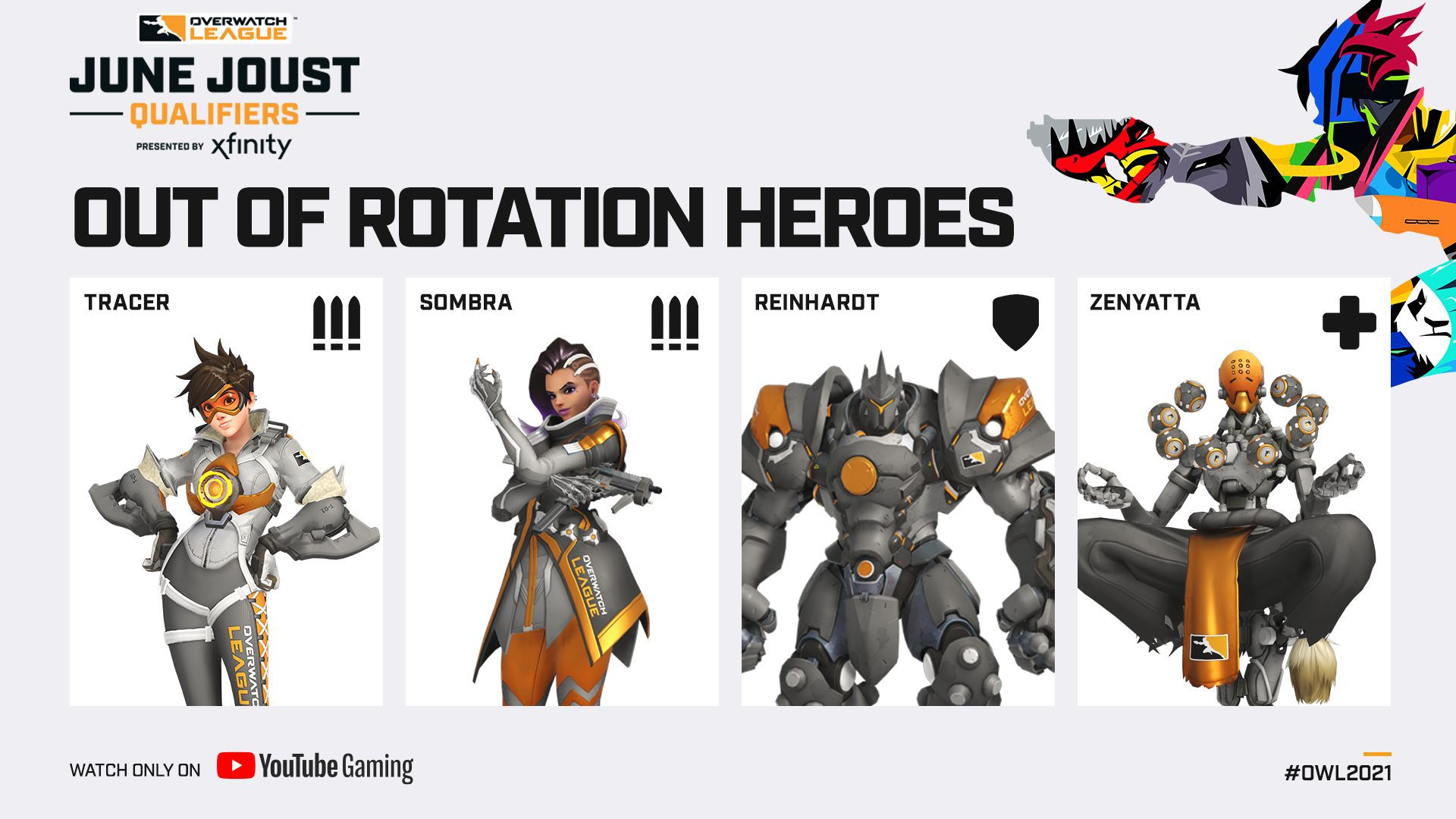 Two prominent DPS heroes, Sombra and Tracer, have been taken out of the Hero Pool for June Joust. Additionally, Reinhardt and Zenyatta have rotated out too. These heroes are blocked and Overwatch esports teams can’t play them. All four heroes remain banned for both qualifiers and playoff matches. The Hero Pool rotations are necessary “to showcase more hero diversity and strategy in matches.” 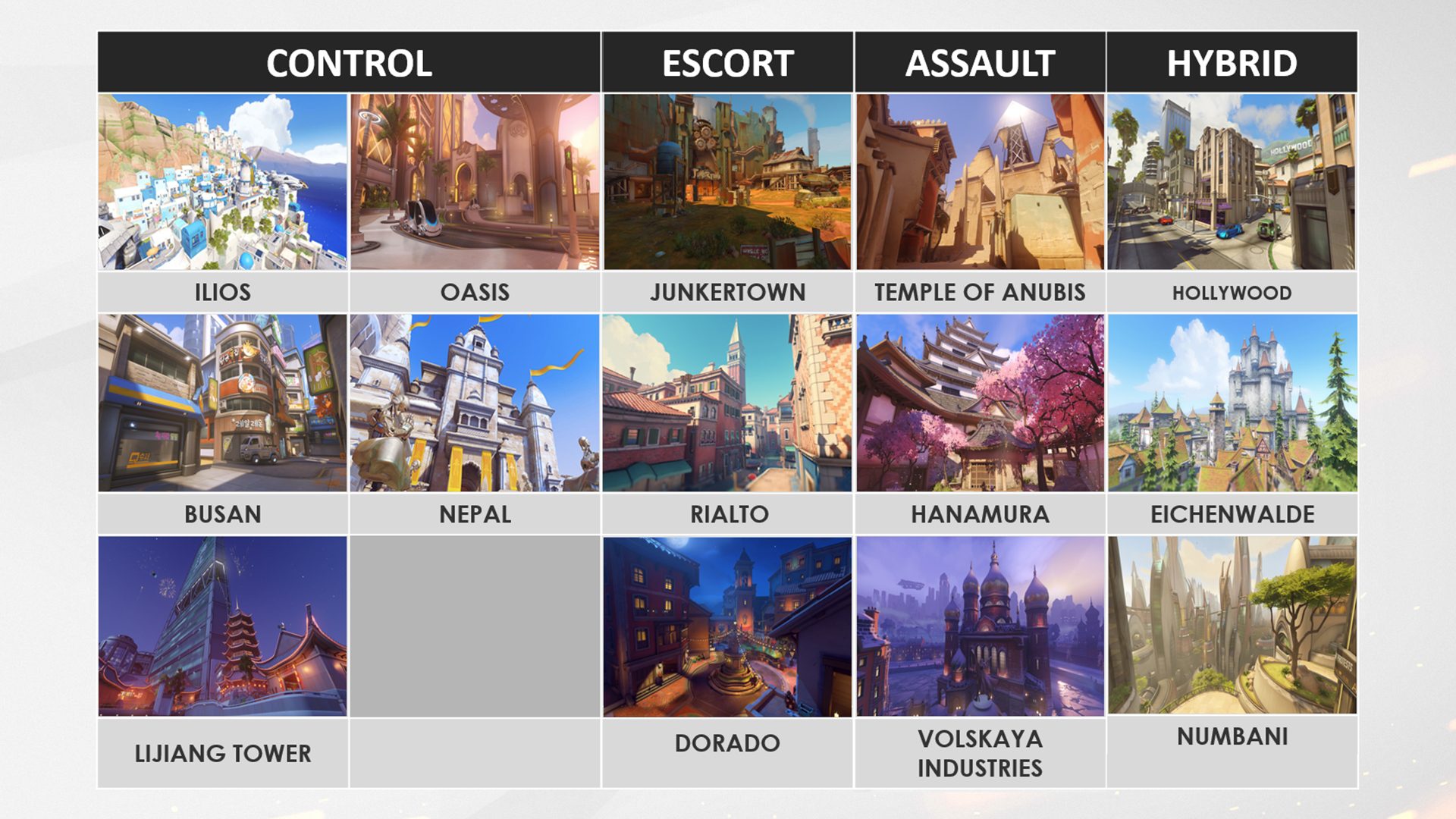 Although not too massive of an update, the Hero Pool changes definitely sting competing teams. It’s uncertain what the esports meta and format looks like and how players approach June Joust as the Overwatch League group stages set in. Fans might witness hyper-aggressive diving compositions with Winston and D.Va since Reinhardt is gone. Laid-back pushes with Orisa, Baptiste and Widowmaker might also be an interesting tactic. Regardless, fans can expect only the best as the tournament unfolds.

OWL June Joust commences on May 21 with the first match between Paris Eternal and Toronto Defiant at 12 PM PT. Fans can watch the event on OWL’s YouTube Gaming channel next week. 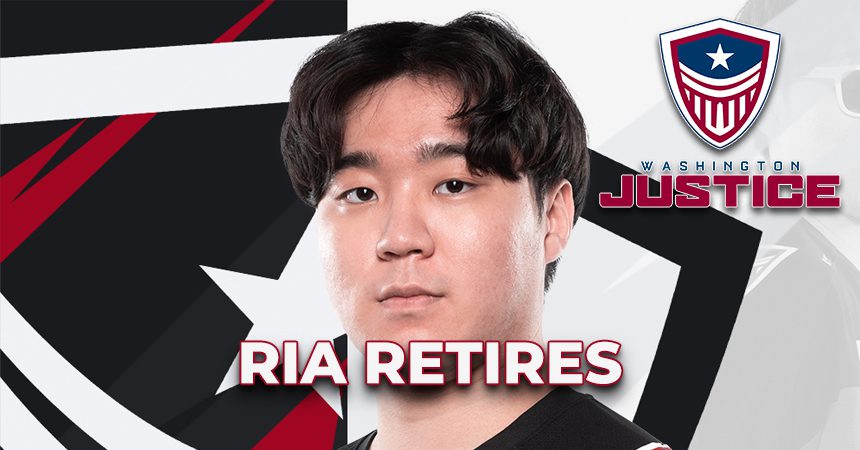 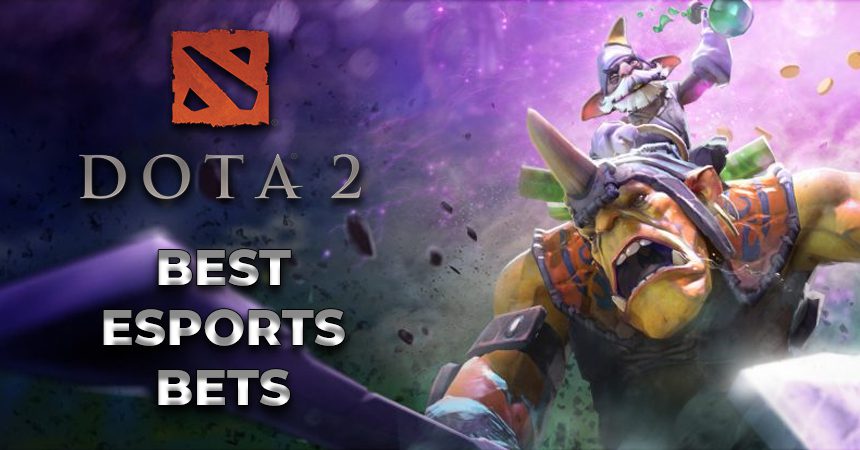