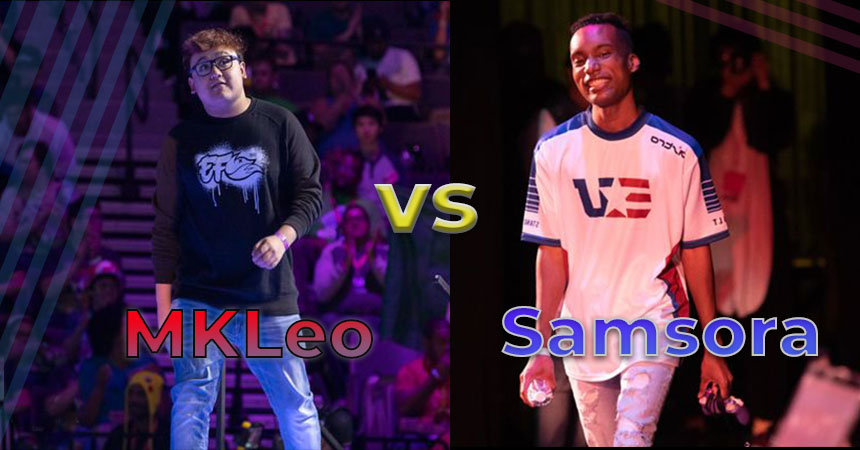 In the competitive world of Super Smash Bros. Ultimate, very few are as established as Leonardo “MKLeo” Lopez Perez and Ezra “Samsora” Morris. Often regarded as the best players in the world, the two clashed many times last year. Tensions always seem to run higher than normal when these titans square off. And while there are some who consistently hold their own against these two, fans believe MKLeo and Samsora are engaged in a rivalry that stands out in the Smash community.

A Rivalry of Convenience

MKLeo and Samsora are not strangers, playing against each other more than 11 times in 2019. Their repeated collisions alluded to hints of a rivalry and fans wouldn’t be at fault if they thought that. But these two aren’t actively hunting each other down and demanding a match for supremacy.

More often than not, these two either face off in winners/losers/grand finals or gatekeep the finals from others. There is a lot of respect between them. MKLeo is a paragon of patience and Samsora is no instigator ahead of his matches.

Their rivalry played out through multiple matches, particularly at EVO 2019 and Smash Ultimate Summit 2. It’s never steered into anything personal or ugly between the two.

Though nobody wants to face off with either player if possible, it’s hard to find a scenario where this is a legitimate rivalry. For the record, MKLeo holds an 8-3 lead in matches between them. Any Samsora victory becomes a newsworthy event with its improbability. It doesn’t happen often, but it’s a big deal when it does.

At Shine 2019, Samsora found his first two wins over MKLeo, sending him to the losers bracket and barely winning their rematch in the grand finals. Samsora’s first major tournament win coming at MKLeo’s detriment was a big moment, but would be short-lived when the two matched up again just one month later.

Their rematch at Ultimate Summit began with Samsora once again sending MKLeo to losers. Their eventual rematch in grand finals was a wash as MKLeo swept him to reset the bracket and win the tournament.

Again, the 8-3 statistic tells the story all by itself.

Can Samsora Close the Gap?

Samsora’s ability to use Peach, one of the most difficult characters in the game, indicates his level of play. But MKLeo’s composure and calmness always becomes his undoing. MKLeo’s momentum suggests that he will be regarded as the best in the world for some time. Familiarity with Samsora means their one-sided rivalry will continue its current pattern.

Consistently overmatched players eventually adapt and add to their game. That could be the case for Samsora.

There really is no better way to improve a player’s gameplay when constantly tested against the world’s best player. Though MKLeo may beat Samsora’s number, the good news is that there will be plenty of excellent matches between these two.

Apply for Rivalry Features: MKLeo vs. Samsora
Submit application I changed my mind