Rocket League Patch 1.85 and Series 1 Blueprints go live today in the next update, according to Psyonix’s social media accounts.

Today's update is now LIVE on all platforms! Check out the patch notes here: https://t.co/3xMiwwCS4T pic.twitter.com/whBxfSHjwX

Earlier today, the latest Rocket League update went live, introducing balance changes along with an exciting new set of items. The Series 1 Blueprints for the new Rocket League collection of skins is ready to try out. Including items like decals, wheels, and more, the new pack drops blueprints for players to earn. At the end of each match, players get a chance to earn these limited-time blueprints through random drops.

The Series 1 Blueprints’ highlight is a new Rocket League Buffy-Sugo goal explosion. It depicts a well-animated woman with a giant pink heart. 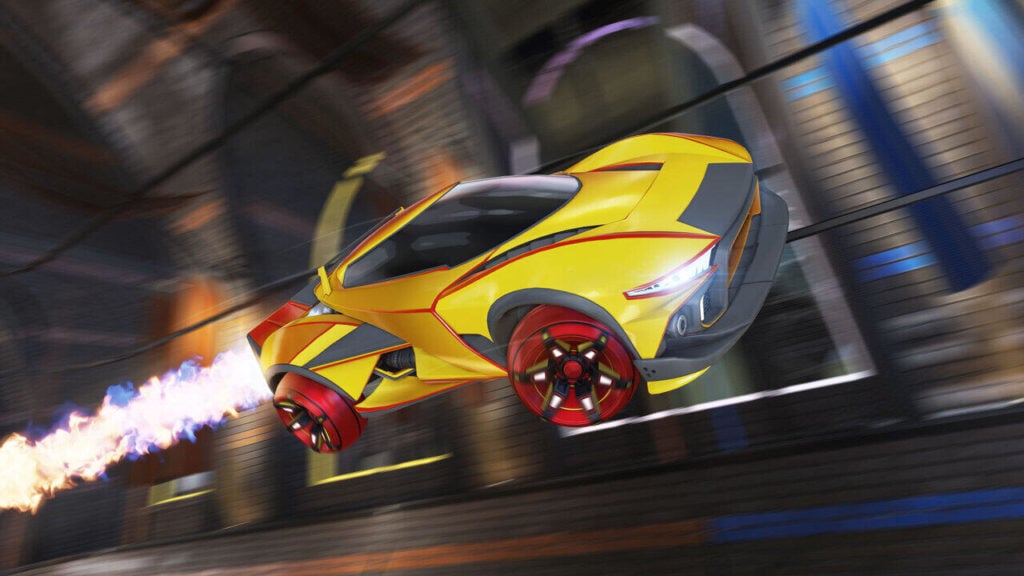 Apart from cosmetic items, this Rocket League patch also brings improvements to the game in the form of updated bot behavior and Tournaments. Often times when players leave, bots replace them until a new player joins. Previously an issue, now, these bots can use boosts as normal.

In regards to the new Rocket League Tournaments feature, the Leave Tournament button now turns red when a teammate votes to leave. This button is also unavailable to players until reaching the post-match screen. This ensures players remain in the tournaments long enough to receive their rewards.

Rocket League Patch 1.85 and Series 1 Blueprints hit live servers earlier at 4 PM PST. This update is already live on all platforms and fans can check it out now.