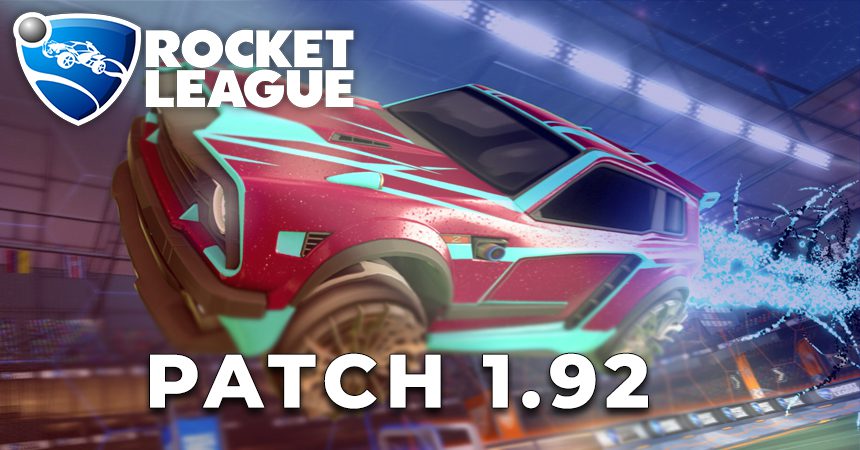 The latest update is live for Rocket League 1.92, including the patch notes which talk about a variety of fixes, new shop items, and readies the NFL Super Bowl LV Celebration.

Today's update is LIVE on all platforms!
Check out the patch notes here: https://t.co/4tDZaxdRMJ

Already live on all platforms, the latest Rocket League update adds more Fennec decals to the shop. The esports shop receives new skins that become available across all 18 teams. And on top of that, new game improvements come in the form of new settings options. Psyonix listened to the community’s feedback and adds a new effect intensity setting. This can lower the intensity of map effects, specifically on the Neon Fields arena where effects could impair player’s sights.

The long-awaited NFL Super Bowl LV Celebration also enters Rocket League in this update. Going live on February 2 at 8 AM PST, more new features become available. New limited-time mode Gridiron will be available in the casual playlist. Challenges also come in for players to earn NFL-themes items and experience bonuses. Finally, between February 2 and February 8, the NFL Fan Pack is up in the shop.

Bug Fixes in the Update

The patch notes for the 1.92 Rocket League update list many bug fixes changed on the different platforms. A display error with Free Challenges counted incorrectly was fixed. For split-screen players, Psyonix removed an issue with player 2’s quick chat. Certain goal explosions functioned improperly on Hoops mode that will no longer. Tournament rewards on different platforms can now be combined and traded together instead of being platform locked.

Some platform-specific issues for Rocket League saw updates and patches today too. For Nintendo Switch, the item shop menu will now show the featured tab correctly. A bug for music playlists is also fixed. On PlayStation and Xbox, many players suffered from crashes and freezes games in exhibition matches. Along with that being fixed, event banners on PC now open challenges as intended. The battle pass also sees some changes to scaling with how often tiers can be purchased.

Rocket League update 1.92 introduced many changes to better optimize the game. Though fans are most excited for the new Gridiron Mode coming with the NFL Super Bowl LV Celebration, other fixes are still welcome. This update was scheduled today for 4 PM PST and is now out for players.