For its fifth edition, the #SixInvitational will be held in Paris, France!

Find out more in our Event Guide!

The fifth edition of the main event for Rainbow Six Siege esports fast approaches in just three weeks. But this event is more than just a competitive tournament. Six Invitational represents a community gathering to share the best moments of the game and its esports scene. This year, Ubisoft plans to showcase previews of upcoming in-game content. On top of the sneak previews, developer panels, esports panels, and content creators will appear throughout the event.

Arguably the biggest problem of this event will be that it’s a LAN tournament during the global COVID-19 pandemic. Organizers know the gravity of the situation and made sure to take multiple measures to keep everyone safe. Held in Paris, Six Invitational 2021 will only hold teams and staff from the four different regions. Audiences will not be allowed at the event and those who are there must follow strict procedures. Working with Ubisoft partner Live Nation, dozens of requirements and guidelines are in place to ensure safety. 20 teams qualified for the tournament at the end of November and soon, they will face each other to determine the best. From February 9 to 14, everyone will play in a group stage to determine seeding in the playoff bracket. Group Stage sets two groups with ten teams each, totaling about 90 matches. 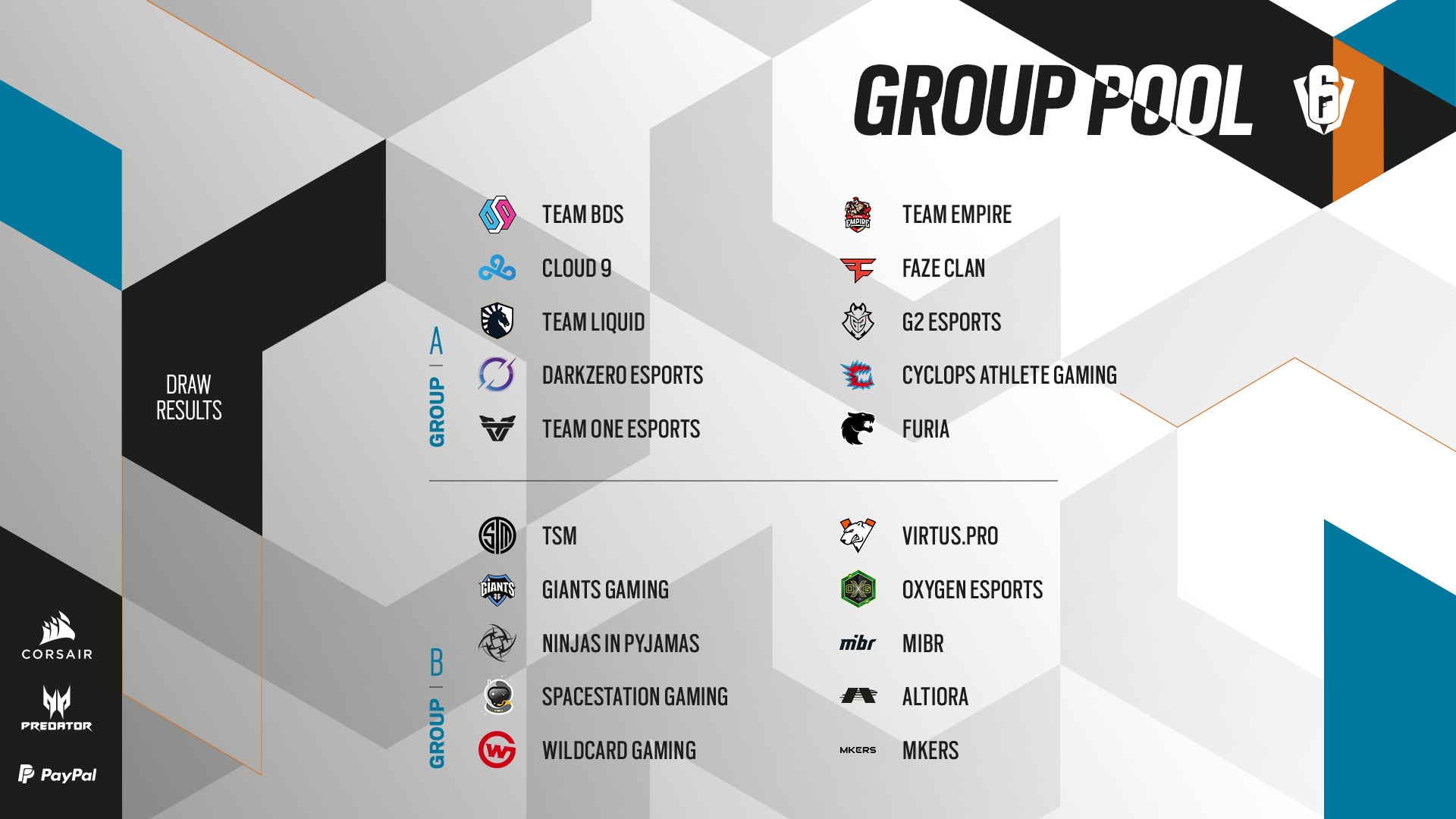 Because of how many teams and matches take place in the Six Invitational 2021 Group Stage, all games are in a best-of-1 round robin. When playoffs begin on February 17, the top 16 teams from the group stage will continue. During the playoffs, every match is a best-of-3, with the exception of grand finals, which is a best-of-5.

Regarding other details on Six Invitational 2021, Rainbow Six Siege esports will guide teams to its potentially largest prize pool yet. Similar to Dota 2’s The International, Ubisoft will use part of the profits from the Road to Six Invitational Battle Pass to go towards the prize pool. Starting at $500 thousand, 30% of all battle pass revenue adds to the pool, capping at $3 million. And in case fans wonder what happens when the cap is reached, additional prize pool funding goes to the Rainbow Six Esports circuit for 2021.

2020 was a long journey for competitive Siege and dozens of esports teams fought hard for success. While viewers can earn rewards through Twitch, all Six Invitational teams earn a piece of the prize pool. Culminating all the action from the competitive Rainbow Six Siege scene, fans can’t wait for the Six Invitational 2021. Tune in to the action on February 9.