VGBootCamp, the leading broadcaster in the Super Smash Bros scene, announced the Smash World Tour for 2021. The inaugural Smash World Tour was initially meant for last year March. However, SWT was canceled because of the coronavirus pandemic that continues to affect the whole world. This exciting event allows players to compete in both Smash Melee and Ultimate esports competitions.

The plan for the 2021 Smash World Tour is a hybrid tournament. SWT will kick off with region-locked Online Qualifiers and then hopes to have in-person Regional Finals. In-person Regional Finals will heavily depend on movement restrictions in regions. Online Qualifiers will bring players from five continents divided into seven regions. The regions include Oceania, East Asia, NA East, NA West, South America, Central America, and Europe.

The first Online Qualifiers will start in Mexico on March 13 while all Online Qualifiers for Smash Ultimate end in May. From there, 16 players from each region will then qualify to play their respective Regional Finals. Each Qualifier will be a double-elimination bracket.

However, the process for the Smash Melee circuit in the Smash World Tour 2021 is quite different. There will be no Online Qualifiers as Daniel “Tafokints” Lee will lead a panel to select 16 players from each region. These 16 players selected will instantly qualify for their Regional Finals. Player selection is based on tournament results from the previous year and this year. SWT Regional Finals are scheduled to begin on June 25 in the Oceania region. 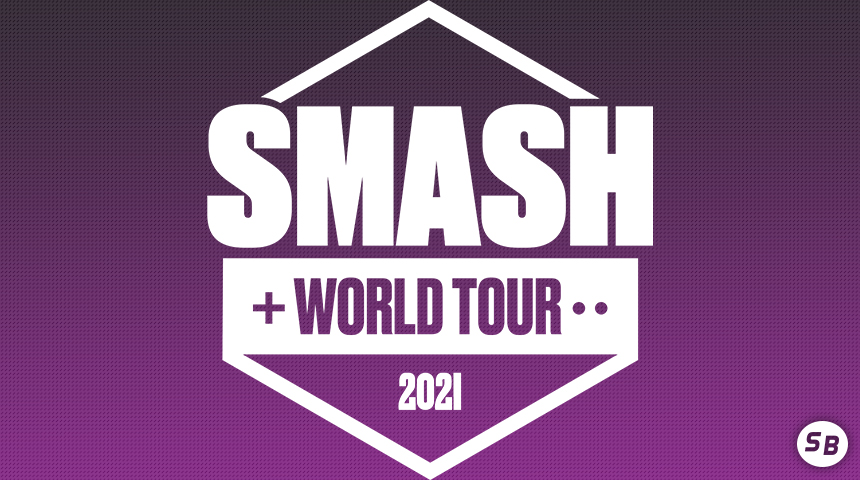 After the Regional Finals, a total of 32 players from both Melee and Ultimate will qualify for the Smash World Tour 2021 Finals. This event is scheduled to hold in December and players will be divided into four groups. Players ranks at the Regional Finals will determine what group they get into for the World Tour Finals. The tournament will take the format of a double-elimination bracket. There will be separate rewards for the Smash Melee and Ultimate winners. 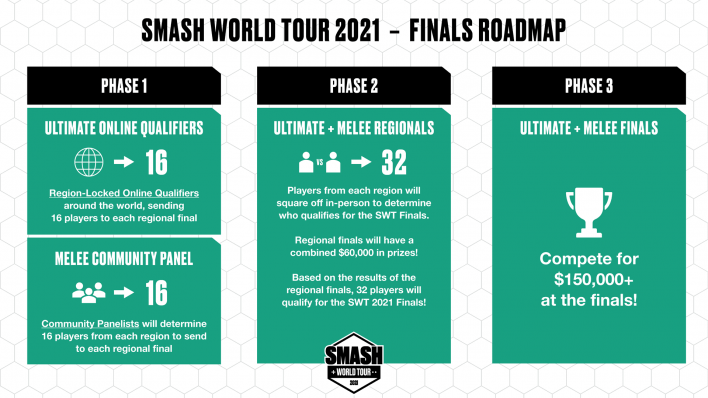 To avoid any confusion, VGBootCamp and organizers separated the event into two prize pools. One is the Fixed Prize Pool which contains $150 thousand and the other is the Variable Prize Pool. The two Variable Prize Pools for Smash and Melee Championship will each contain a total amount set at the sole discretion of the tour producer.

Smash World Tour 2021 champions for both Melee and Ultimate each take home $20 thousand from the fixed prize pool. In addition, they receive 38% from the Variable Prize Pool.

As of this writing, the Smash World Tour is not affiliated with Nintendo. Despite issues with Nintendo and the Smash community in the past, there is hope for collaboration in the future. More updates will be shared on VGBootCamp’s channels.