Fortnite’s live event, The Device, just occurred and there was more story, water, and viewers than ever before. For readers who missed the event, be aware of spoilers throughout this article. For those who are interested, watch the event in the YouTube video.

The mystery device deploys as expected, but what happens next is shocking. The device shoots electricity at the storm, pushing it back. The device then seems to fail and then reactivate. During this time, players flash to an office where workers seem to be talking about the incident. Jonesy, in a full business suit, walks in and asks how players got there.

Multiple times, the player, in a first-person view, teleports to an office where others can be heard speaking outside. Files labeled “top secret” sit on a desk and one of them features a picture of Midas. 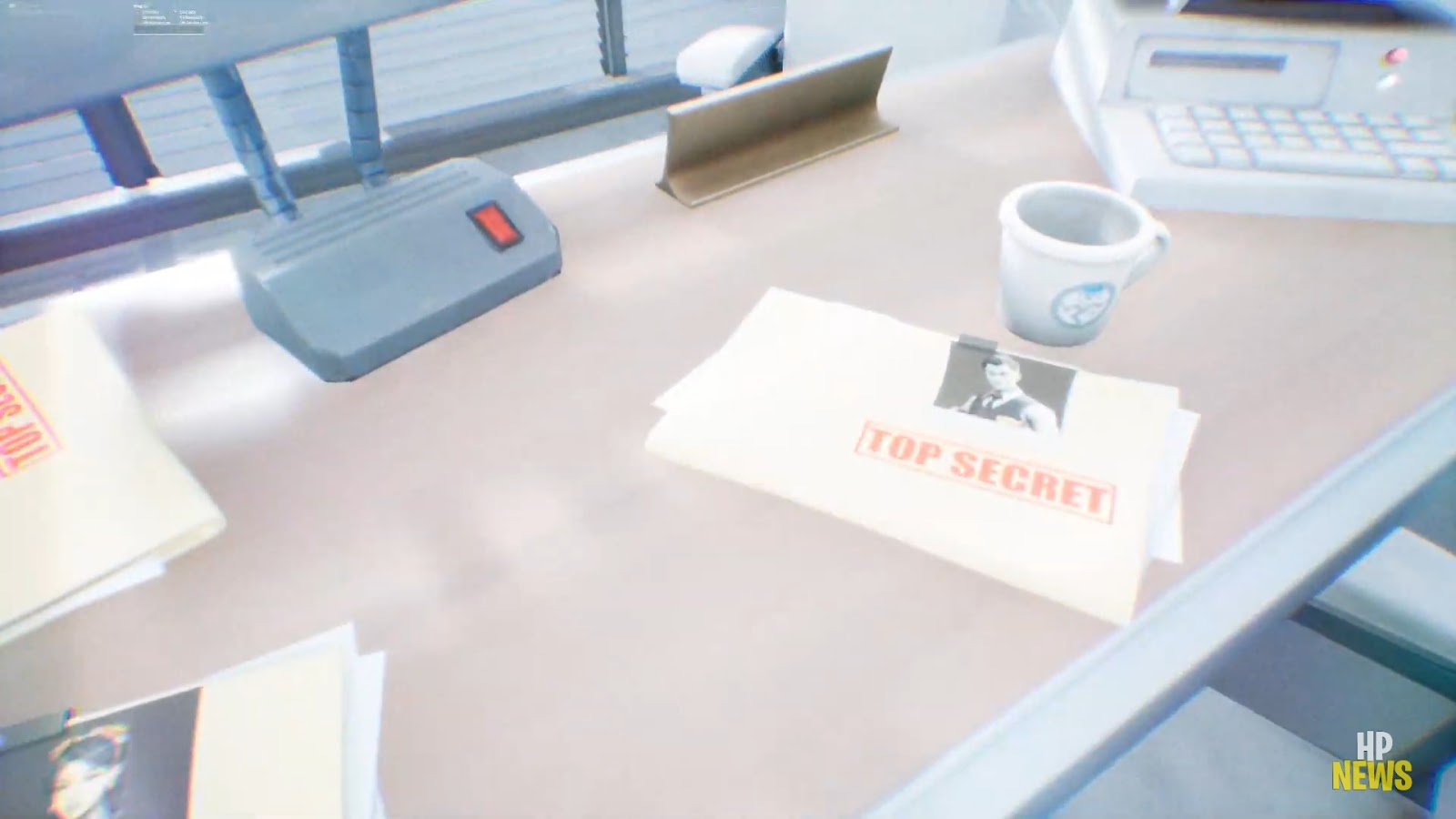 But what becomes clear from the office visit is that creating the water wall was not the intended result. Jonesy’s phone call with someone named Janice describes this in The Device.

“Uh, no. E- everything is NOT stable over here. We are act– (to Janice) Uh, Janice! Janice! Uh, dial the Resonance Actuator to 7.2. Now. Please. yes, right now. (to phone) Wait, wait, wait, wait. Hold on, hold on… “It’s not just a storm?” What does that mean? Must be connected to the loop, but there’s no way we could have predicted that it would react THIS way. At this– And that worked? How long do you think it will hold? Good, good. Everything is uh, starting to stabilize here. Nothing seems to be…”

The dialogue is cut off as Jonesy enters the office and sees the player, who is clearly shocked.

Fortnite players teleport back to the map before more can be said. How long the changes will stick around is unclear, with the dialogue suggesting the water wall is a temporary fix.

But Epic didn’t just focus on the story of the game. Not only is there a substantial amount of new story information to uncover, but the changed storm adds a whole new layer to competitive Fortnite. If someone is outside the new “water wall” circle, they still take storm damage. Players can actually swim in the water and the water wall won’t prevent them from exiting the circle. Though there is a slight pushing effect that makes it harder to exit the circle.

This Fortnite Season 3 update causes a massive shift in the meta. Now, players can enter the circle from the storm more quickly, but quick runs into the storm to grab an item will be much harder. Waiting out in the storm with a bandage bazooka will no longer be a viable strategy. Epic Games wants Fortnite to be played more aggressively.

The Device was likely Fortnite’s most successful event. An estimated combined total of 9.1 million viewers tuned in on Twitch and YouTube alone.

Fortnite's live event experience is unmatched, 'The Device' event has now topped their 'The End' as the most watched gaming event in history for western audiences

It also appears that The Device resulted in some outages on Twitch and YouTube due to the high demand. Fortnite Chapter 2 Season 3 officially kicks off in two days and Epic Games already gave a mysterious clue today.