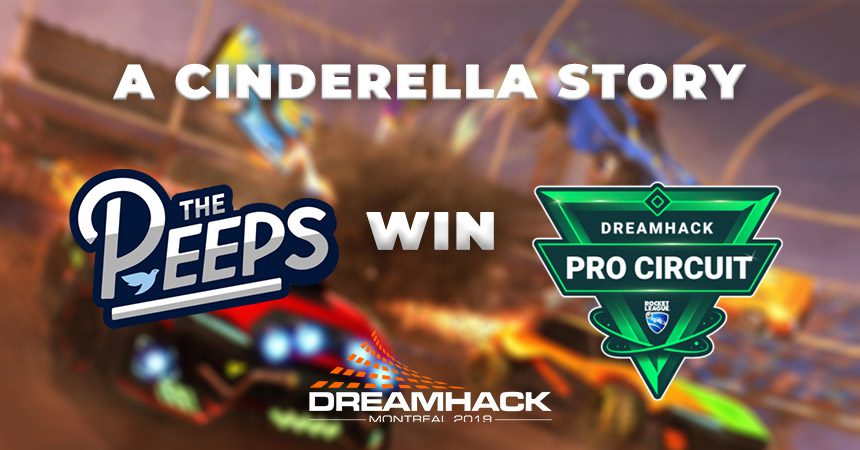 Most Cinderella stories in esports fail to pull off the happy ending of the original fairy tale. An underdog team pulls off a couple of upsets before eventually being taken down in the semi-finals, it’s a feel-good story the fans get behind, but the better team wins out in the end. Life isn’t a fairy tale, and rarely does it emulate one, except for The Peeps.

The Rocket League tournament at Dreamhack Montreal was the rare exception. Meet Mist, Retals and Gyro, the cumulative Cinderalla in search of their happily-ever-after moment. Surrounded by all of the best teams in the world, the unsigned trio who branded themselves ‘The Peeps’ were an afterthought going into the tournament. By Sunday afternoon, they were champions.

How it went down for The Peeps

They didn’t start off setting the world on fire. With 32 teams and an open qualifier, there was a wide range of skill levels amongst the teams in Montreal. The Peeps first game they took down an amateur team named Linked Up 3-1. Then, they had to fight against Dignitas, one of the best teams in Europe.

The team put up a solid fight, but Dignitas moved on 3-2. The Peeps moved down to the loser’s bracket where they faced an elimination game against Ground Zero Gaming, from an outside perspective the team’s seemed on equal footing going in. The Peeps dominated and qualified for Saturday’s competition.

Sixteen teams were left on Saturday, and they would play two double-elimination brackets to narrow the field down to eight for Sunday. At this point teams received seeds based on their relative skill level, The Peeps were given the 12th seed and faced a long road ahead of them.

They first matched up against G2 Esports, one of the best teams in North America. Much like the Dignitas game, The Peeps played very well but ultimately dropped the fifth game and lost another tight series 3-2.

Now they are down in the loser’s bracket again, this time they need to win two games to move on to Sunday. First is Ghost Gaming, a couple lucky breaks and The Peeps move on 3-2. Then they face TSM who in June finished second at Dreamhack Dallas, but it was all Peeps this game with a 3-1 win.

This is when people began to pay attention. The Peeps hadn’t been dominating games they weren’t supposed to. In fact they had already lost twice in the event and barely clung to the bottom of the table. Still, they had competed well against the best teams and beat others who were highly regarded, the team entered Sunday as one of eight teams with a shot to win it all.

Joining them in Sunday’s single-elimination bracket were RLCS champions Cloud9 and Vitality, back-to-back runner ups NRG, and the two teams who had already beaten them in Dignitas and G2. But they started competition against Mousesports, a strong team from Europe.

3-2 and The Peeps were in the semi-finals.

It was a classic Cinderella run with a team that no one was paying attention to. The opponent? Renault Vitality, arguably the best Rocket League team ever assembled and the defending RLCS World Champions.

4-2. Despite losing game one and game three, two pivotal games in the seven-game series, The Peeps won three separate overtimes and the last three games to move on to the finals. Here is where JohnnyBoi could not contain his hype.

Now, finally reaching the finals, they settled in for a rematch against G2. It was the first time ever that two North American teams met in the finals for a major event. G2 only lost two games in the first two days of the tournament, the 3-2 victory over The Peeps back in round one on Saturday. They were 12-2 over Friday and Saturday including a sweep of Vitality.

On Sunday, G2 beat Dignitas and NRG, two of the best teams in the world. So to recap, G2 was an amazing team going in and had beaten four of the five best teams in Rocket League. They had also beaten The Peeps earlier in the tournament.

Game one of the finals seemed like a nightmare for The Peeps. G2 opened up a quick two-goal lead. Then with 1:30 left The Peeps turned it on and somehow scored three unanswered to bring the score to 3-2.

With time expired, all The Peeps had to do was ground the ball and they would take an early lead. A massive overcommit allowed G2’s Jknaps to get the bar on his call. He flick it for an equalizer with no time left. Suddenly it was OT, 19 seconds later and G2 had stolen game one from the jaws of defeat.

This had to be it surely, that brutal swing in momentum would likely be too much for the underdog Peeps to overcome. Except The Peeps weren’t a normal underdog, this was their fairy tale and it was going to go by the book. They won the next three games.

Up 3-1, The Peeps had three chances to close out the series and become Dreamhack champions. G2 gets under control for game five. 3-2.

Game six goes to overtime but G2 pulls it out. 3-3. Uh-oh. G2 has the last two games, the momentum, the big stage experience. One game to win it all.

Four to zero. The Peeps destroy G2 in the final game, holding their opponents to a shut out while pouring in four goals themselves. To someone watching their first game, it would have seemed like the unheralded trio of Mist, Retals and Gyro were the experienced veterans considered one of the best teams in the world.

An unsigned team had once again graced the Dreamhack championship podium. This has happened before, but the unsigned teams that won major events had all spent time playing at the game’s highest level in the past. The most notable example was the Muffin Men. After winning Dreamhack Atlanta in 2017, the trio of Squishy Muffinz, Torment and Gimmick joined Cloud9. One year later and they were RLCS champions.

Late in 2018, Envy moved operations and released their top-flight roster of Metsanauris, Remkoe, and EyeIgnite. As an unsigned team named We Dem Girlz, they won ELEAGUE 2018.

Esports organizations might now try to acquire The Peeps. Many top orgs still don’t have teams, now would be a great chance for them to change that. 100 Thieves owner Nadeshot mentioned bringing Rocket League into the organization, with the org sitting out from the new Call of Duty League and $60 million over two funding rounds, they could be the Prince Charming coming to slide the slipper onto The Peeps. 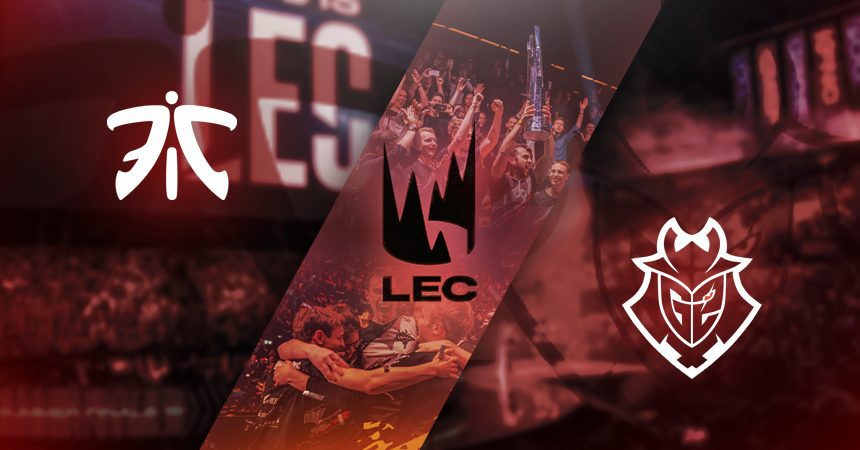