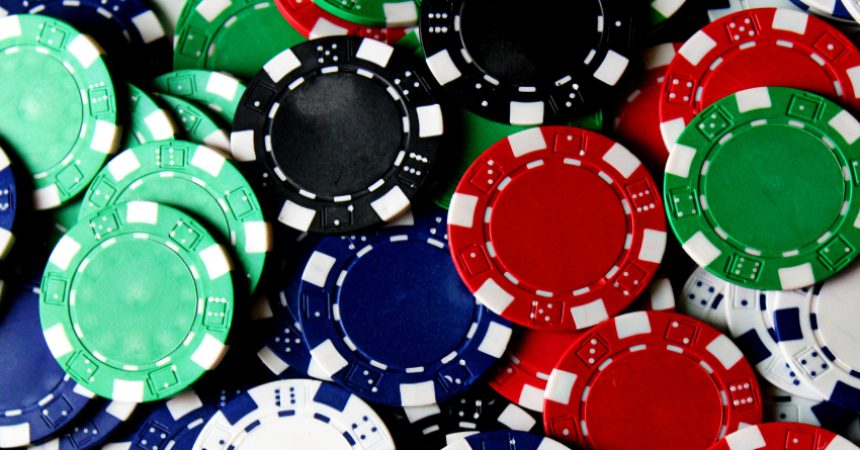 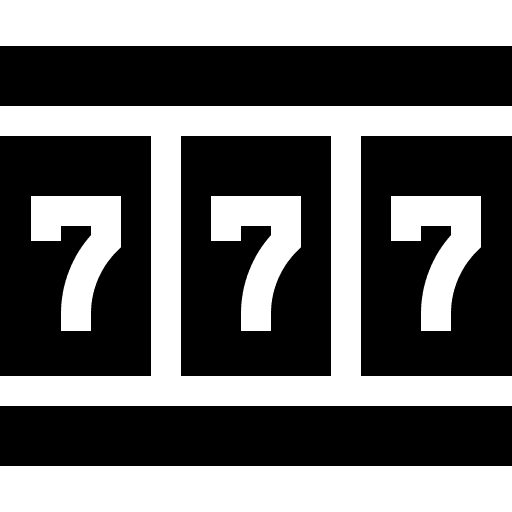 The History of Esports Betting

At the Mirage Hotel and Casino in Las Vegas, Nevada, a sportsbook ticket writer talks with a security guard, the last two workers surrounded by black TVs. As I approach, he gets the look in his eye of a worker who has dealt with too many drunk bettors. “We’re closed.”

But I’m not there to place a bet. “Sorry, just had a quick question, do you offer odds on esports?” He laughs. “No. No one on the strip does.”

The security guard chimes in, “not yet at least, it’s only a matter of time.” I’m curious, clearly this is well-discussed in the casino circles. “Why not?”

“There’s just no regulation in place right now, it’s too risky,” the ticket writer explains. “There’s no governing body in place and the casinos don’t have time to make sure everything is above board, they are still grappling with all the state’s rights [after the 2018 Supreme Court decision.]”

The sports betting world is going through its most important period in decades. In May of 2018, the United States Supreme Court lifted a federal ban on sports betting that had kept the practice relegated to Nevada and underground bookies. Now 20 US states have legalized sports betting with many more pushing bills through state legislations. Each of these states comes with their own unique rulesets governing who can place a bet – and on what.

For now, esports is the least of their concerns. But even if the US isn’t pushing into esports betting, the history of betting on esports is long and complicated.

The Rise of Skins Betting

If there is a winner and a loser, there are people betting on the outcome. As real-money betting requires a bookmaker with enough knowledge to set a line, few sportsbooks would touch esports. That led to skins betting.

Primarily through CS:GO and Dota 2, skins betting became a massive business. Because Valve takes a mostly hands-off approach to these games, third party websites were set up where players could wager skins to win more valuable ones. As different designs for weapons and knives in CS:GO had more rarity, these skins began to hold a monetary value on Steam marketplace. So skins basically turned into casino chips. Players would buy skins on Steam, take those skins to a third-party website and wager them to get more expensive skins. If you think this just sounds like gambling with extra steps, you’d be right.

But the biggest scandal to come out of the skins betting craze was CSGOlotto.com. It was a skins gambling website a few huge youtubers would wager thousands of dollars on. The only problem: The Youtubers owned the site. TmarTn and ProSyndicate would make videos of themselves wagering huge sums of money on CSGOlotto, but they never disclosed they actually owned the site themselves.

They were accused of faking reactions and even rigging bets to make it seem like CSGOlotto had better odds than it actually did. A YouTuber named Honor the Call did some digging into the company and blew the scam wide open. This video from theScore breaks down the scandal in-depth:

While TmarTn and ProSyndicate weren’t the only bad actors, their public depantsing pushed the skin betting industry into focus. In 2016, Valve was targeted with a lawsuit that alleged the company was complicit in an illegal gambling industry. That lawsuit forced Valve to actually moderate the communities and issued cease-and-desist letters to a variety of skins betting websites. Despite attempting to shut down those websites, another lawsuit was levied against the company in 2019. This time it came from Quinault Nation, a Native American tribe in Washington who alleged that Valve hasn’t appropriately tackled skins betting and Valve has “subjected Washington citizens to scam, unsafe and unfair gambling.”

While skins betting isn’t nearly as popular as it used to be, there are still ways to find skin-based action out there. But skins betting was more of a solution to a blockade on betting, now that actual currency – both physical and digital – can be used to place bets, skins betting will begin to fade away.

The Rise of Crypto

While bitcoin was first introduced in 2009, cryptocurrencies mostly operated in the shadows until recently. The decentralized currency backed by blockchain is highly volatile and untraceable, making it the currency of choice for sketchy dark web industries – one of which was betting.

Just because cryptocurrency has been used in shady industries doesn’t make the currency itself shady by association. Many have hailed crypto as the currency of the future as its more secure, more private and more international than paper currency. One company that combines esports, crypto and betting is Unkirn.

The company made major headlines in 2015, just one year after it was founded, when they raised $7 million. But the number wasn’t what drew media attention, it was where that number came from.

Mark Cuban, outspoken owner of the Dallas Mavericks and leading shark on ABC’s Shark Tank, is one of the most influential investors a company can grab. In addition, actor and tech investor Ashton Kutcher joined Cuban in the investment. Especially back in 2015 when few investors were putting money into esports compared to the last few years, Cuban and Kutcher’s backing were important for Unikrn.

In 2017, the company launched an Initial Coin Offering or ICO of the site’s cryptocurrency Unikoin Gold. The coin opened at a value of $0.22 per coin and fluctuated until the absurd crypto bubble of January 2018. That bubble saw Bitcoin rise to $18,000 from a price of about $1,000 just months before. Other cryptocurrencies also rose considerably with Unikoin Gold rising to $2.15 a coin during the bubble. But that’s the thing about bubbles – they pop.

Too many cryptocurrencies were created and the market wasn’t ready for all the different coins available. Now Unikoin Gold is nearly worthless. The current price is just under a penny a coin.

In addition, Unikoin Gold also may have gotten the company into legal trouble. In 2018, an investor sued Unikrn for allegedly violating Securities and Exchange Commission regulations. That lawsuit still has not reached a conclusion with CEO Rahul Sood appealing the initial decision on January 23rd, 2019 and oral arguments scheduled for February 25th, 2020, according to Washington Court records.

Still, Unikrn wasn’t all in on the site’s currency, although they were definitely hoping for better than this. Bettors can now use real money to wager on the site – depending on location.

Lawsuit aside, the company is positioned well to capitalize on the increased freedom in the betting world. After the Supreme Court decision, Cuban told ESPN that Unikrn would “benefit considerably” from the decision. That brings us to the current landscape, with sports betting reaching new levels of legalization, betting on esports is set to be more widespread than ever before.

How the Supreme Court Decision Opened up Esports Betting

On May 14th, 2018, the US Supreme Court struck down a 1992 federal law that prohibited sports betting across the US. The only exception was Nevada which was grandfathered in and allowed Las Vegas to become the gambling mecca it is today. With the rise of the internet allowing bettors to reach offshore websites to gamble, there was no way to avoid the sports betting world.

By turning that decision over to the states, the Supreme Court was able to disperse the responsibility of a betting decision. 14 states have full legalization and structures in place to receive sports bets with another six having passed legislation but still not launched programs.

While the Supreme Court decision did not mention esports by name, some states have taken it upon themselves to make a decision on esports betting. Indiana was the strongest state against the practice outlawing bets on “esports or amatuer athletes under the age of 18.” Considering most esports competitions include at least a few teenagers, that stipulation will prove problematic for esports betting in the future.

Five states have looped esports into the sports betting legislation. Colorado, Nevada, New Jersey, Tennessee and West Virginia all made points to include esports in new laws. But for most states, esports betting operates in murky waters. None of the other 14 states mention esports and all could easily choose to outlaw the practice like Indiana. The young age of esports players will likely be the key area of concern for states rights.

More states will pass legislation in 2020 and, as esports grows, each will have to make a decision on where they stand with esports betting. Once this crazy period of betting legislation gives way to a standard industry, esports will become one of the next big betting battlegrounds. As the security guard at the Mirage will tell you, it’s only a matter of time. 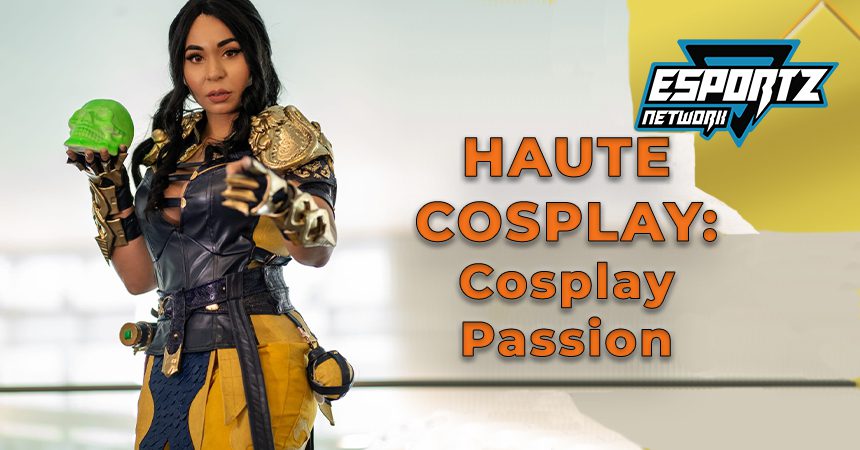