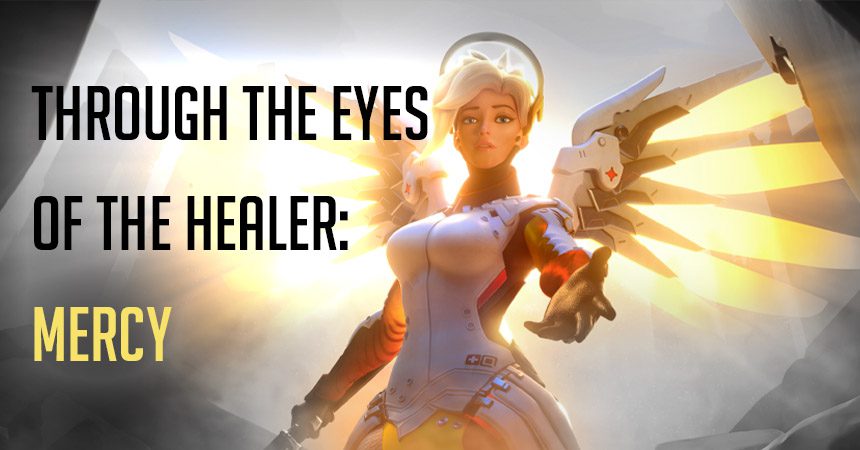 Through the Eyes of the Healer: Mercy

Dr. Angela Ziegler, better known as Mercy, is a guardian angel to most and an angel of death to some. She debuted alongside 11 others when Overwatch was first announced in November 2014. Her ease of use and resurrection ability makes her a quick learn for most new players, but according to Overbuff, her overall pick rate is about 5.3% in Competitive and roughly 7% in Quick Play (statistics based on PC only). This Mercy guide will show players what can be done to become the best healer in Overwatch.

Mercy’s Guardian Angel ability is an escape route for the healer to safely disengage, but many don’t know about her “super jump.” This effectively sends Mercy into the air while using Guardian Angel to further skyrocket herself away. To “super jump,” the player first holds down the crouch key to lower the character model before using GA. After targeting an ally, press the key for GA and hit the jump key before reaching the ally. The trick here is timing. The best place to press the jump key is right as Mercy begins to slow down in the GA dash to catch the momentum of the ability, sending the lowered Mercy character model into the air just before hitting the ally’s hitbox. Be sure to release the crouch key as Mercy is launched, or she will go nowhere.

Super Jump is effective for many reasons. Players can use it to be more squirrely, confusing the enemy and making it harder to land hits. Better vantage points can be reached to help teammates in need. It can also be used to reach higher points to hide from an enemy Mei or Tracer, who have a harder time getting to high spots.

Mercy’s Resurrect is a strong tool used to engage the enemy after a seemingly lost fight. There is a bit of a trick to this seemingly simple ability. Not only does it require proper timing but awareness of the match, the ally team and enemies. Some Mercys will res as soon as they can for a massive impact in fight or to just help a fella out. But this can put the Overwatch team at risk to have a healer out of the picture for that 1.75 second cast time, especially since Mercy is single-healing. Make sure to stay hidden for most resurrections when possible (i.e. hiding behind walls, shields, friendly tanks/damage heroes) or do it in the backline after enemies disengage.

The best time to res a teammate is when the coast is clear. Make sure there are no heroes in view who can stun or knock Mercy out of the ability animation. Primary heroes who pose a threat are Lucio, McCree, Mei, Orisa, Brigette. If it’s necessary to resurrect in enemy view, try to have an escape route when things get dicey. Another trick is to warp Mercy’s hitbox very slightly during the res’ casting by swiveling the mouse in circles, like a Genji during his ultimate. By doing so, hitting headshots on Mercy’s stationary model becomes more challenging. This is best used when in the open.

This may sound strange since Mercy’s heal is basically a latch-and-go style of healing, but there are a few tips to learn for healing Overwatch allies. Firstly, toggling the healing beam’s connection is a great way to save time and teammates. On the Controls tab in the settings menu, select Mercy from the drop-down heroes menu at the top and turn on Toggle Beam Connection. This allows players to only press M1 or M2 once on an ally and the beam stays connected until hitting the mouse button again. Toggling the beam allows for easier target switching. All that’s needed is to click another ally and they’re already being healed or buffed.

Positioning,
Depending on the enemies team comp and positioning, playing mercy from high grounds and safe spots can make you un-contestable during a team fight, avoid being directly on point if you can during fights as its easy for you to get killed or focused pic.twitter.com/Io77lvKTqV

When healing allies as Overwatch Mercy, it’s best to keep the whole team in mind. Try not to “pocket” players, even if it’s out of spite or there is an ally Pharah, because the lack of healing across the board can quickly turn a fight into the enemy’s favor. When most of the team needs healing all at once, focus on the “weaker” of the team, such as DPS or the other healer to full or nearly full health before healing tanks. If tanks’ healths are lower than DPS heroes or other team members have a self-heal available, focus on healing the tanks to at least half health. This keeps them in the fight so healers can focus on others. Mending wounds to continue the fighting can improve the team rather than healing to full when in the heat of battle.

Mercy’s Blaster is best used when cornered due to its low 20 damage and slow fire rate. Though this is the case, the blaster has pinpoint accuracy. This means Mercy can destroy a Torbjörn turret from out of its range. But players shouldn’t be afraid to use it in fights too if the team can temporarily go without healing. During Mercy’s ultimate ability, Valkyrie the Blaster has infinite ammo. Go chase down that problem Pharah or scare that Widow off the high ground if possible.

As much as the Overwatch community hates it, Pharmercy (Pharah/Mercy combo) is a huge threat. With a 30% boost to Pharah’s rockets and the ability to lock on and fly for support, Pharahmercy can easily take down heroes with high health or destroy shields.

Throughout the years of Overwatch’s release, Mercy was viewed as one of the easiest Support heroes to play. But these tricks and strategies show that this may not be the case. There is always something new to learn, no matter what Skill Rating players may be. Overwatch’s Mercy is a support hero boasting tricky moves, providing depth to who most think is an easy hero. 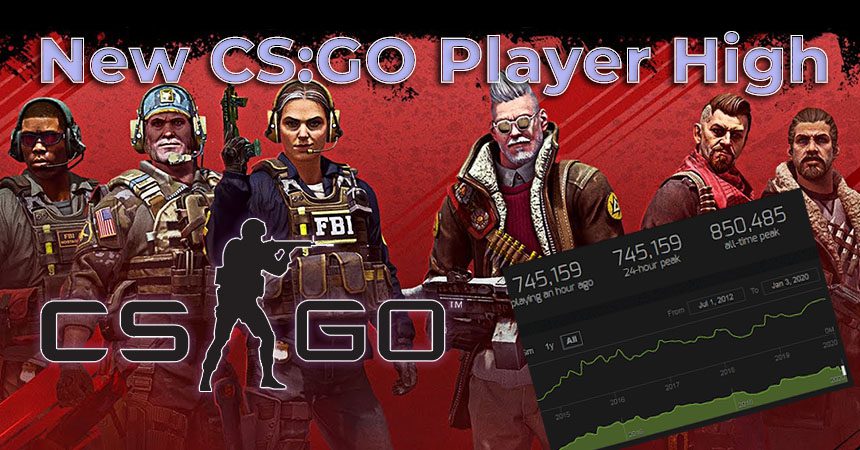 Apply for Through the Eyes of the Healer: Mercy
Submit application I changed my mind