Valve has announced the dates and location for Dota 2 esports tournament The International 10 (TI10). The largest prize pool event in esports history will take place in Stockholm, Sweden from August 5 to August 15, 2021.

Last year. the Dota 2 Battle Pass raised a $40,018,195 prize pool towards the TI10 prize pool. However, the global pandemic forced Valve to cancel the event due to travel restrictions and social distancing norms. The International 10 will now take place as a LAN event although, Valve has yet to commit to a live audience.

This is the biggest prize pool event in esports and every year, the event sets a new record for prize pools. Today, Valve finally announced the dates for The International 10 and the full TI10 schedule.

However, Valve has not yet revealed whether TI10 will be an in-person event with a live audience. For now, the developer is taking its time to assess the situation and gather more information. Valve plans to share more details on the event in June.

In addition to the announcement, Valve also launched the Supporter’s Club, a different name for the Team Bundles announced earlier this year.

Supporter’s Club is a new way for Dota 2 fans to support their favorite esports teams by purchasing bundles of badges and seasonal equipable items. Teams provide the content in their Supporter’s Club while 50% of all sales go directly to the teams. The current version of the Supporter’s Club lasts until the start of TI10, while future versions last through different Majors based on their dates and schedule.

There are three tiers in each Club: Bronze, Silver and Gold. Here are the benefits of each tier: 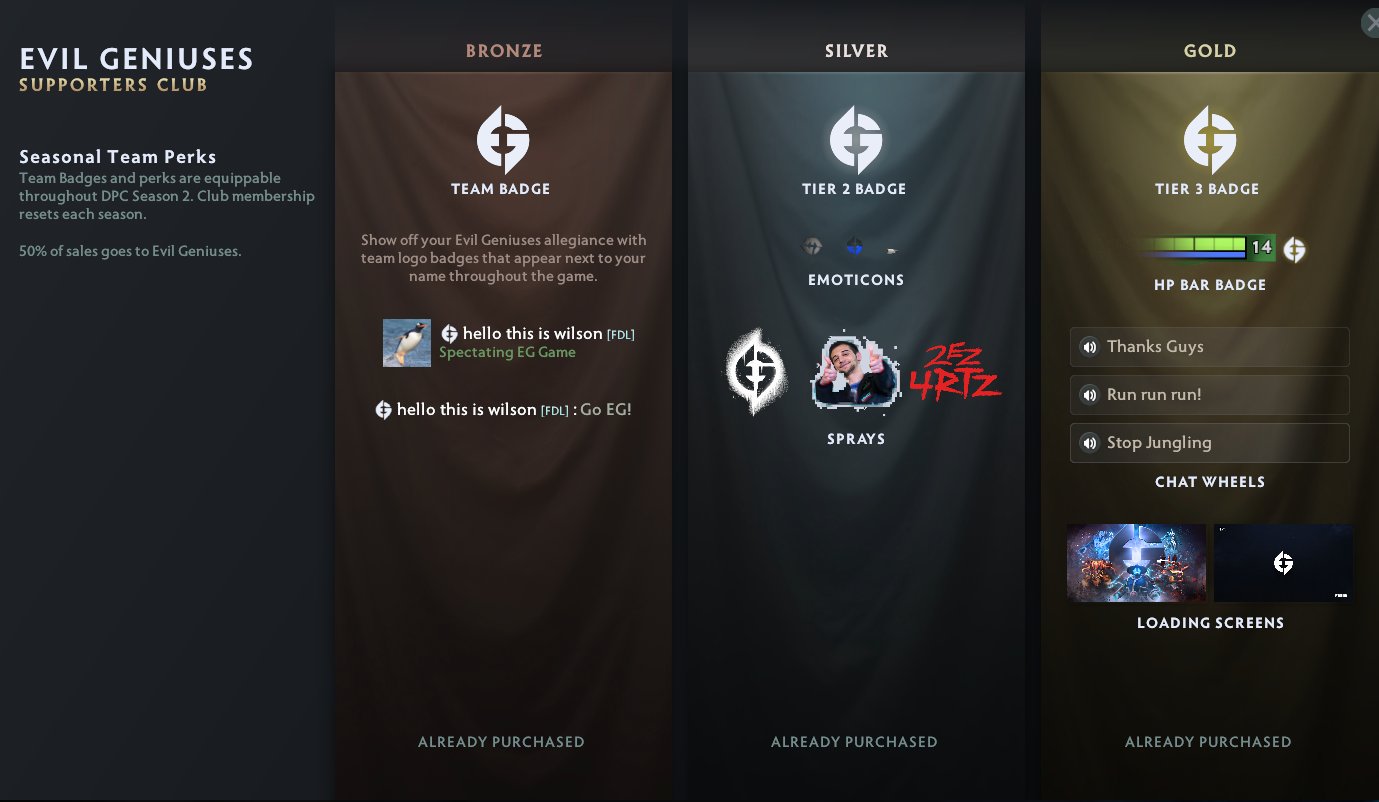 At launch, there are 17 Dota 2 esports teams with Supporter’s Club enabled in-game. More teams are submitting their applications and (pending Valve approval) should have content in-game within a few weeks. 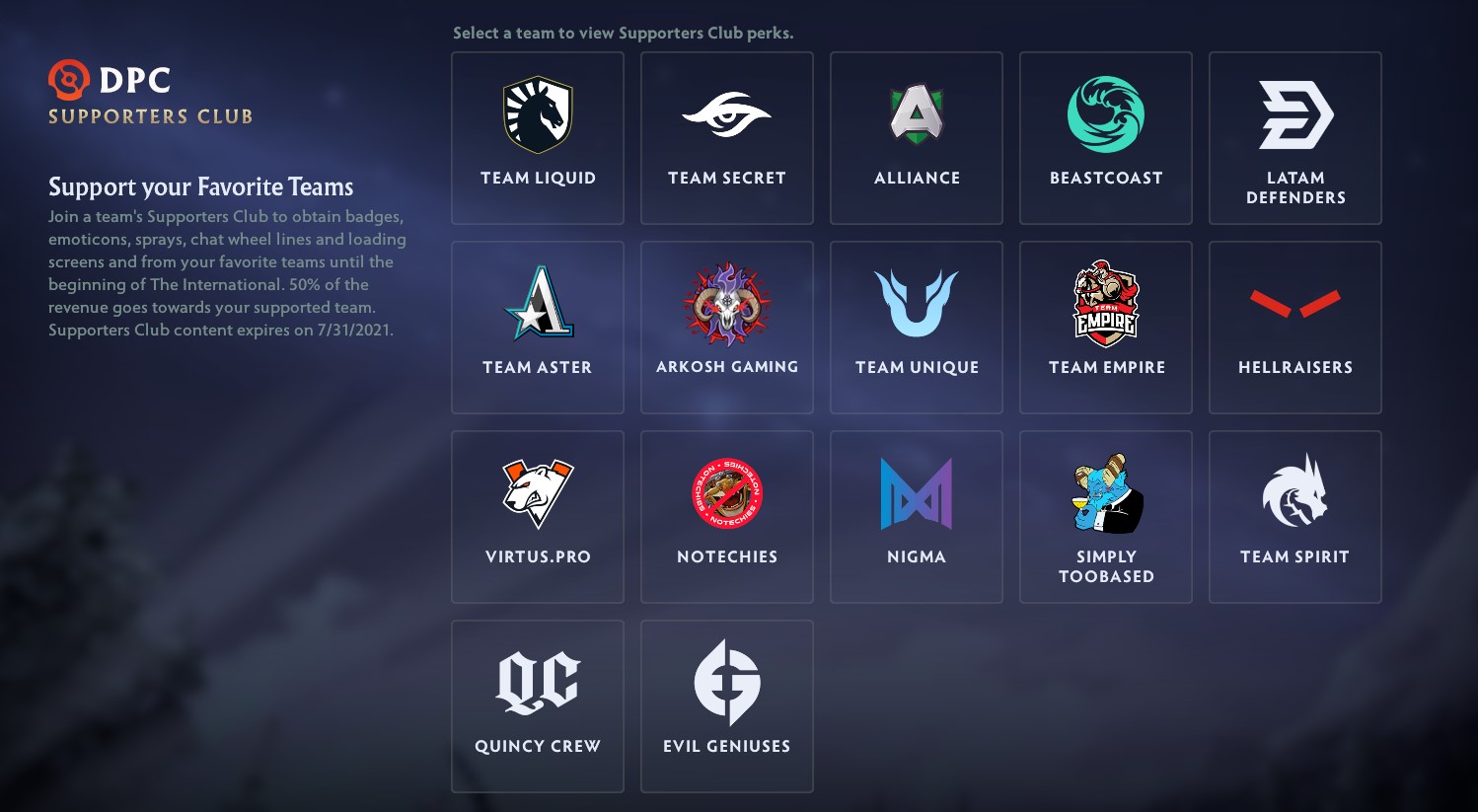 The 17 teams that are part of the Supporter’s Club launch. More teams will join this list soon. Image Credit: Valve and Dota 2.

“Teams that aren’t able to submit high tier content might be added as well without Silver Club and/or Gold Club enabled,” Valve said.

Dota 2 fans can expect more frequent content as Valve announced the next few months will see multiple esports events. According to the schedule and dates, the first event takes place before The International and the second event follows sometime after TI10 ends.