School clubs can join but online schools aren’t allowed according to the release. Participating clubs will proceed to compete on a national stage wherein tournaments will be held across North America. Registered clubs are permitted to host intramural matches, viewing parties, live events, request prizing, and manage club members, teams, games, and results.

Schools will be able to nominate one team to represent them at the Rainbow Six Collegiate Championship, which features a $30 thousand prize pool and additional hardware prizes from sponsors, Corsair, and Origin PC. Preseason commences October 2020 but the first season starts in January 2021. Note that Rainbow Six Collegiate Program is only available in North America. 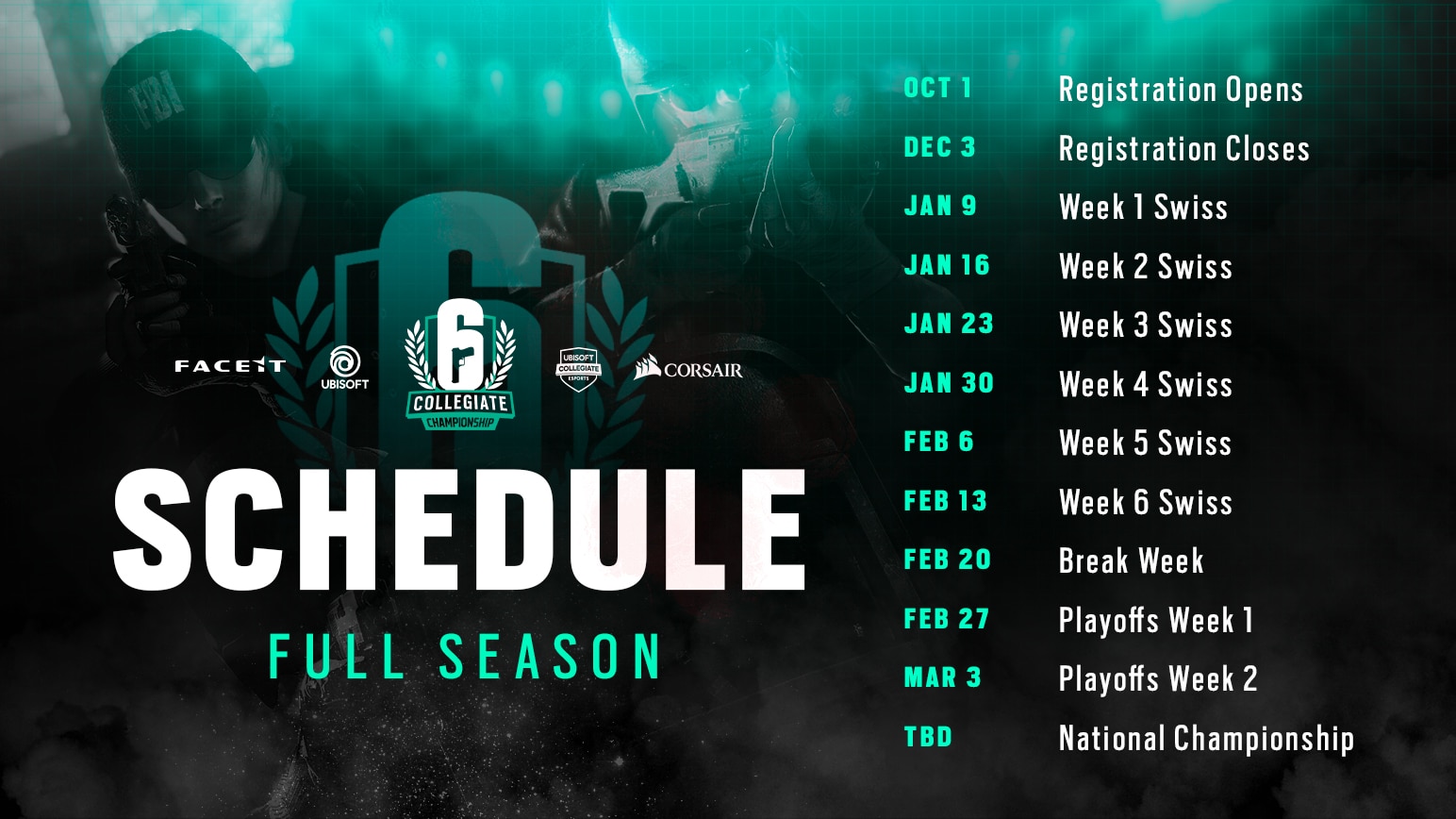 In the past years, collegiate esports has grown to be a thriving area in the esports industry. But it needs more growth. Not many people know that it exists because fans don’t think of college when esports comes to mind. Although professional esports on the big stage is amazing, the collegiate scene still holds potential. This neglect results in poor development on a competitive front. Collegiate esports leagues provide multiple beneficial factors to students like a headstart to an esports career, a form of stress-relief, developing talent and skills, etc. Ultimately, Ubisoft’s move benefits students and the industry.