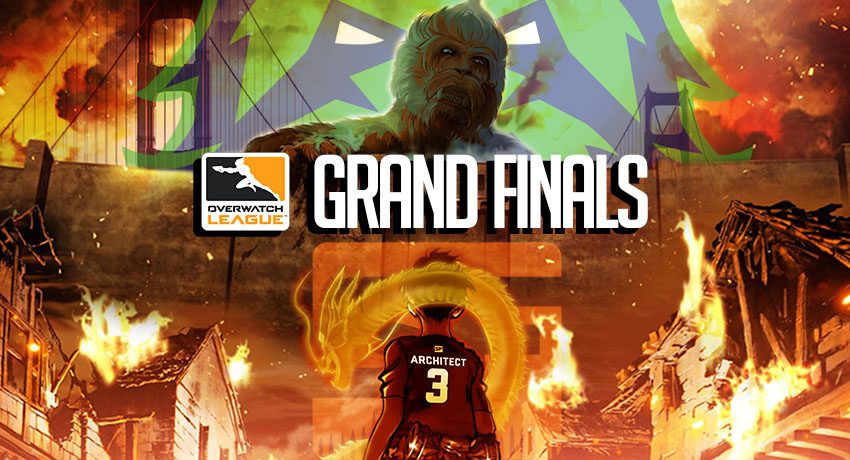 The Overwatch League 2019 playoffs have come to an end, with two teams emerging to battle it out at the Grand Finals. San Francisco Shock and Vancouver Titans will face off at the Wells Fargo Center in Philadelphia Sept. 29 for the championship title.

The two teams will also be fighting for the Overwatch League trophy, as well as their share of $1.7 million. Whichever team comes out on top will win $1.1 million with the runner-up taking away $600,000. 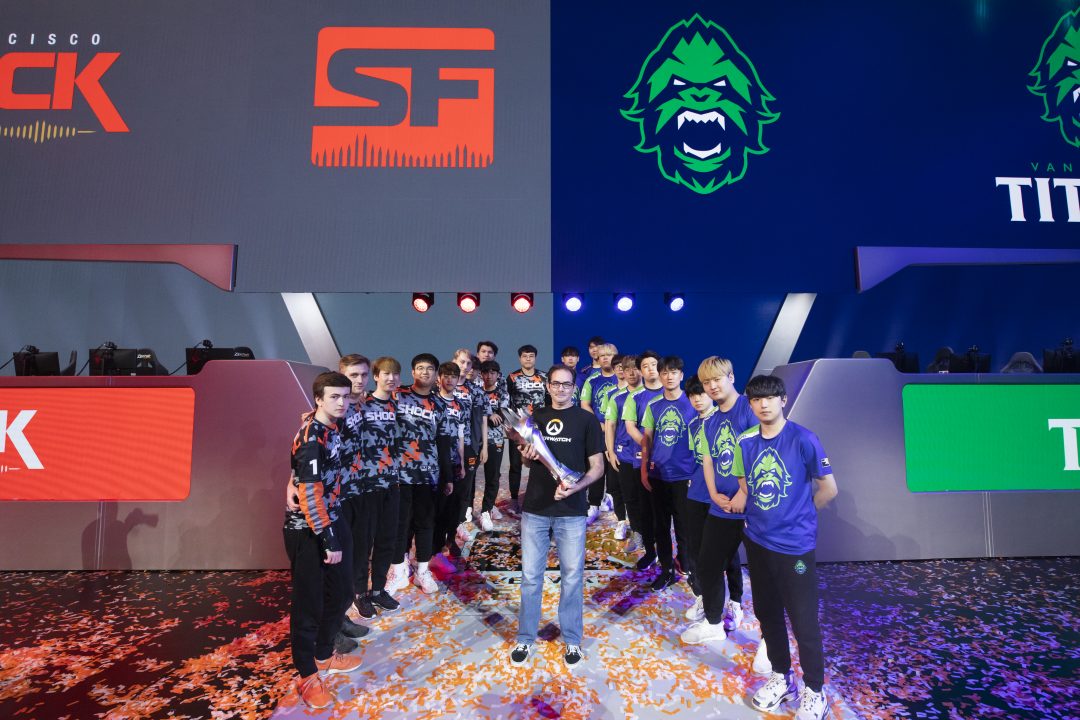 Top-seeded Vancouver secured their place in the finals by beating Seoul Dynasty, Los Angeles Gladiators and New York Excelsior after an incredible 25-3 season. San Francisco also had a positive run at the lower end of the playoff bracket, despite the early 4-3 upset by Atlanta Reign. The Shock came back to defeat Inaugural Season champions London Spitfire, LA Gladiators, Hangzhou Spark, and New York Excelsior.

This is not the first time that these two powerful teams have faced each other — the Titans came away with a 4-3 victory against San Francisco in the Stage 1 Finals. The two teams then battled again in the Stage 2 Finals, in which Shock snatched the crown with a 4-2 win. Following Vancouver’s defeat to the rising Shanghai Dragons in the Stage 3 Finals, San Francisco also fell 4-3 to the Chinese team during the Stage 4 Finals.

The Grand Finals will act as a satisfying ending to the arc of Overwatch League’s best rivalry. Both teams have spent the season proving themselves to be the best teams in the League, and their strategies, although different, inspire confidence in players and fans alike.

Vancouver Titans have adjusted seamlessly to the Overwatch League after coming from the Korean Contenders scene. They were one of the only teams in the game’s history to move as a complete team from Contenders to the League, and not much has changed: their only new addition to the roster this season was Hwang “TiZi” Jang-hyeon, who joined the team after the 2-2-2 composition lock. Lee “Hooreg” Dong-eun was also signed during their Contenders stint. 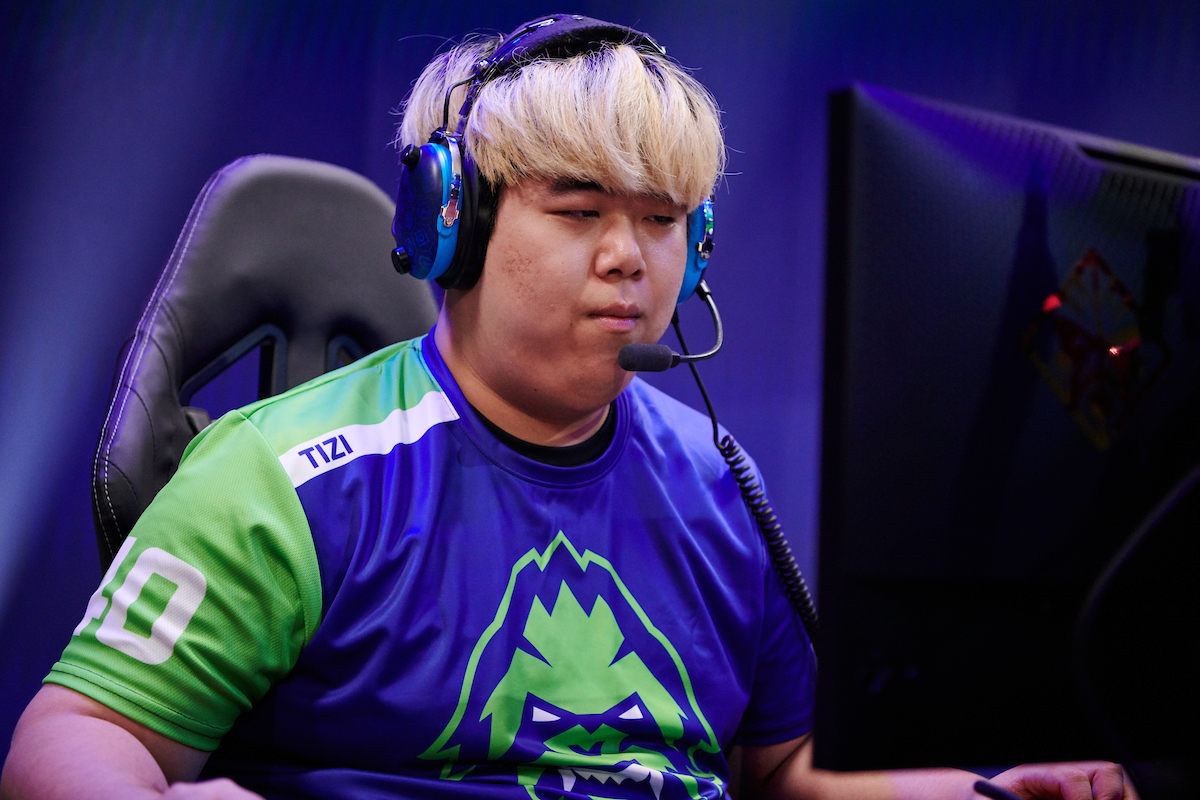 However, no one can deny the work that NRG Esports put into their team. Shock finished in ninth place during the inaugural season and spent the season waiting for MVP Jay “Sinatraa” Won to reach the legal age to compete. This paid off. Sinatraa has played a key role in Shock’s success this season, and his outstanding Doomfist plays have made his team one of the strongest in the 2-2-2 meta.

Shock nearly always display incredibly clean plays, and the players are able to pull together when they need to. These moments show what San Francisco can really do, but it is unclear whether their by-the-book strategy will shape up against Vancouver’s unique wildcard plays. Vancouver has been known for their excellence long before they were known as the Titans, and they have the top spot in the regular season to prove it.

Most fans and analysts are predicting a close game, but these are two teams who have fought tooth and nail to get where they are and show no sign of stopping especially when the championship title is on the line. Both teams are very capable, and they are the best that the League has to offer — but on Sept. 29, we’ll find out who’s the best of the best. They are also going to be a force at the Overwatch World Cup. 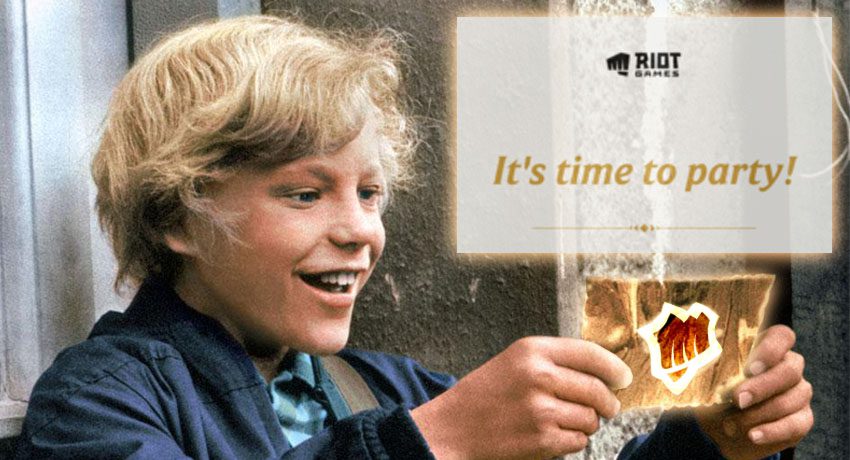