Yone, the new League of Legends champion and Yasuo’s brother

Today, Riot Games revealed information about the new League of Legends champion, Yone. In an official cinematic, upcoming champion Yone had his entire storyline and abilities revealed. After weeks of teasers and leaks, the newest champion to be released is a sharp and agile demon hunter who excels in burst damage and crowd control skills.

Yone, in his current form, is not who he used to be. Before becoming a relentless demon hunter, he was an Ionian warrior and an excellent swordmaster who took the wind’s flow to his side in battle. As he trained, he became a man of honor and upheld all warrior morals with respect. Yone trained with his brother, Yasuo, under one master in Ionia. From that point on, they grew strong but had their eyes focused on different paths. Years went by, and the space between the two became farther. So far, in fact, that Yone hunted down Yasuo but was cut down in a tragic fight. 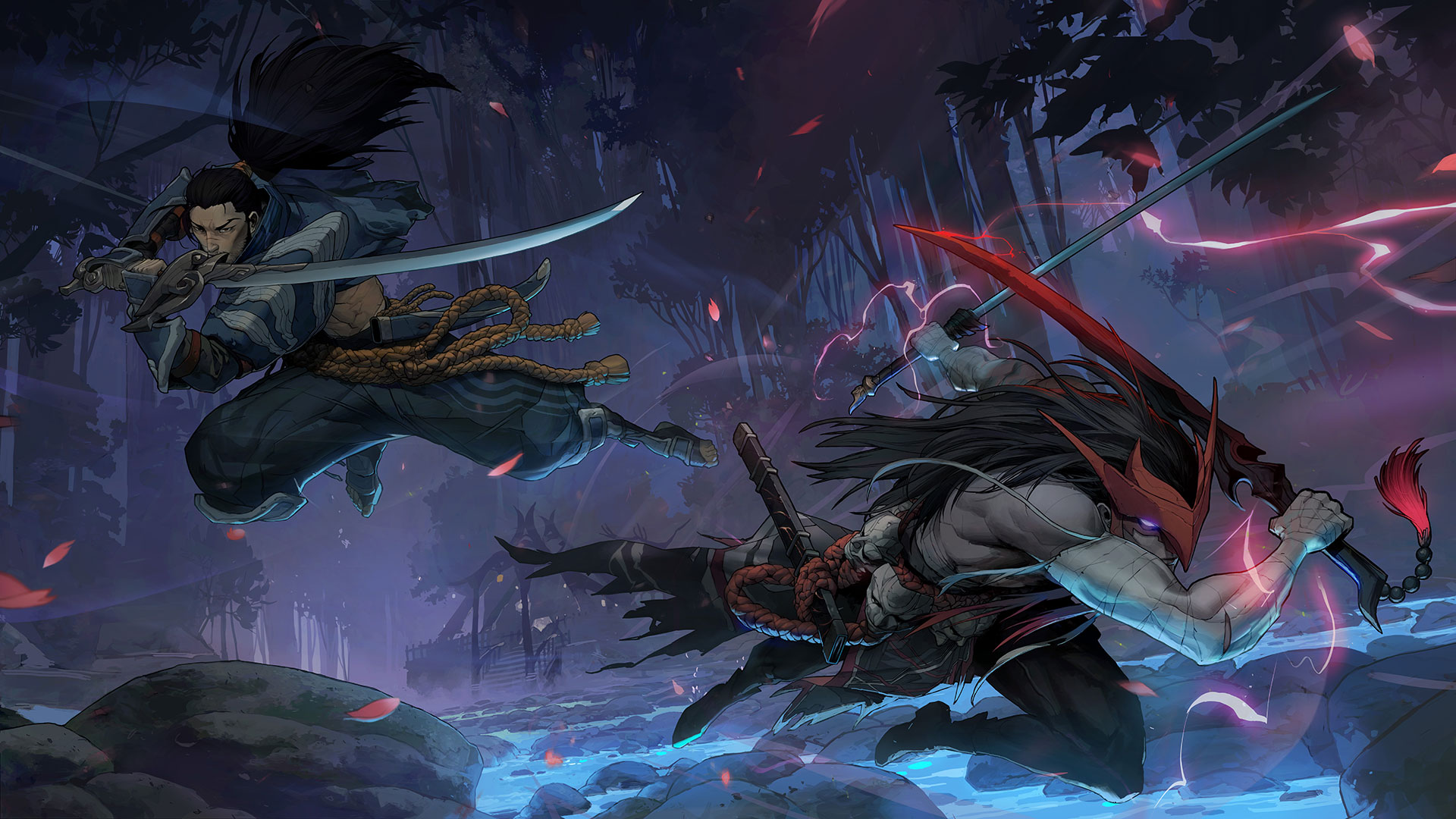 After that, Yone traveled through the spirit realm and Yasuo ventured into the unknown with guilt weighing him down. Yone then encountered an azakana—a minor demon that feeds on negative emotions. He fought the azakana and defeated it but suffered irreversible damage. He woke in the mortal realm with his soul twisted with the minor demon, forever changed but not controlled. Now, Yone sets out to find a meaning for his existence by hunting azakana and collecting the masks they leave behind.

Yone’s abilities share similar qualities to Yasuo in terms of design. He uses the wind as his force to drive enemies into uncomfortable situations. But the new League of Legends champion also utilizes the azakana power he received in the spirit realm. His skill set is a combination of aggressive strikes, fluid knock-ups, and burst-barrages. His strength lies in his ability to set up fights and disrupt enemies in his path.

Passive – Way of the Hunter

Yone thrusts forward, dealing physical damage to opponents. On a hit, he gains a stack of Gathering Storm. At two stacks, Yone can dash forward with a wave that makes enemies airborne.

Yone cleaves forward in a massive arc, dealing a portion of the target’s maximum health. After successfully hitting an enemy, he also gains a temporary shield. The shield’s power increases per champion struck.

Yone can enter his Spirit Form, gaining movement speed and leaving his body behind. When the Spirit Form expires, he snaps back into his body and deals a percentage of all the damage he dealt while in Spirit Form.

Yone strikes all enemies in his path, blinking behind the last enemy hit and knocking everyone airborne toward him.

With Lillia and the League of Legends Spirit Blossom storyline, things look bright for the community. At the start of 2020, Riot Games promised to create better experiences for players in Summoner’s Rift. With events and skins constantly pushed out, Riot continues to impress esports and gaming fans everywhere. Especially when announcing Yone, the new League of Legends champion, just after releasing Lillia live.

Apply for Yone, the new League of Legends champion and Yasuo’s brother
Submit application I changed my mind