The 2020 LCS offseason can be described as one of the busiest offseasons in League of Legends esports history. From veteran players like Søren “Bjergsen” Bjerg and Yiliang “Doublelift” Peng retiring to complete overhauls of certain teams. This year even saw more import slots used and one of Europe’s best move over to North America.

Even though the offseason is still on, a lot of organizations are done with major transfers and now look to solidify their rosters for the 2021 LCS season. Here is a preview of which players were brought into the different teams and how I rate the trades.

After a disappointing end to Worlds 2020, it was no surprise to see Team Liquid go for some changes in their roster. However, fans were shocked with the release of Mads “Broxah” Brock-Pedersen who they had just acquired last season from Fnatic. Besides Broxah, TL also said goodbye to its well accomplished top laner, Jeong “Impact” Eon-young.

To fill the void left by these players, TL brought in former Astralis top laner, Barney “Alphari” Morris and Lucas “Santorin” Tao Kilmer Larsen from FlyQuest. Despite the fact that Alphari’s team finished 10th place in the 2020 LEC Summer Split, he was a standout player on the roster and still a decent top laner. Overall, you would agree that TL made financially wise decisions given how much Impact earned while on the team.

TSM saw their two veteran players, Bjergsen and Doublelift retire. Bjergsen has now taken up the head coach position at the organization. He looks to lead the team to national and international glory in the upcoming season. TSM are among the organizations that spent big in the off-season. They brought in FlyQuest’s Tristan “PowerOfEvil” Schrage and World Finalist Hu “SwordArt” Shuo-Chieh from Suning. Per reports, SwordArt signed a deal with TSM worth $6 million over two years.

While Team SoloMid has yet to sign a top laner, there are rumors that the organization is set to make a move for EG’s Heo “Huni” Seung-hoon. With the addition of these new players to the roster, TSM is definitely a team to keep an eye on for the Spring Split. If you are looking to bet on a team for the upcoming season, consider putting your money here. Although the coach is inexperienced, there is a lot of pressure on the entire team to deliver. TSM is good at stepping up when it matters especially on the national stage.

Cloud9 shook the 2020 LCS offseason with the decision to buy out Luka “Perkz” Perkovic from G2 Esports. After a non-appearance at Worlds for the first time in seven years, a big change was needed. The organization also promoted Ibrahim “Fudge” Allami” after letting Eric”Licorice” Ritchie go. Asides from the top lane and mid changes, Cloud9 kept its roster intact. With the talent they have, you could see a repeat of their 2020 Spring Split performance again. However, they will have to remain consistent throughout the entire 2021 season.

EG brought in FlyQuest’s Lee “Ignar” Dong-geun as their new support player. The EG team is still undergoing some minor adjustments but so far the roster looks like a decent one. It is not a team you expect to be in the race for those top three spots in the Spring Split but then again, LCS is a league full of surprises.

CLG is actually one of the teams which surprisingly saw a good offseason. They retained their star mid laner, Eugene “Pobelter” Park, and Andy “Smoothie” Ta. Then, they signed Rogue’s Finn “Finn” Wiestål, Team Liquid’s Broxah and FlyQuest’s Jason “WildTurtle” Tran. When you compare CLG’s roster from last season to this one, they definitely won here.

While most LCS teams have brought on big names in the 2020 LCS offseason, Golden Guardians went in the opposite direction. The organization chose to go with a young experimental squad and focus on the development of these players.

After a last-place finish to the season, Immortals released a lot of players and their assistant coach. They signed Mohamed “Revenge” Kaddoura and Astralis jungler, Andrei “Xerxe” Dragomir during this 2021 LCS offseason. The organization also signed support player, Mitchell “Dynastyy” Shaw and Oceania’s Quin “Raes” Korebrits. 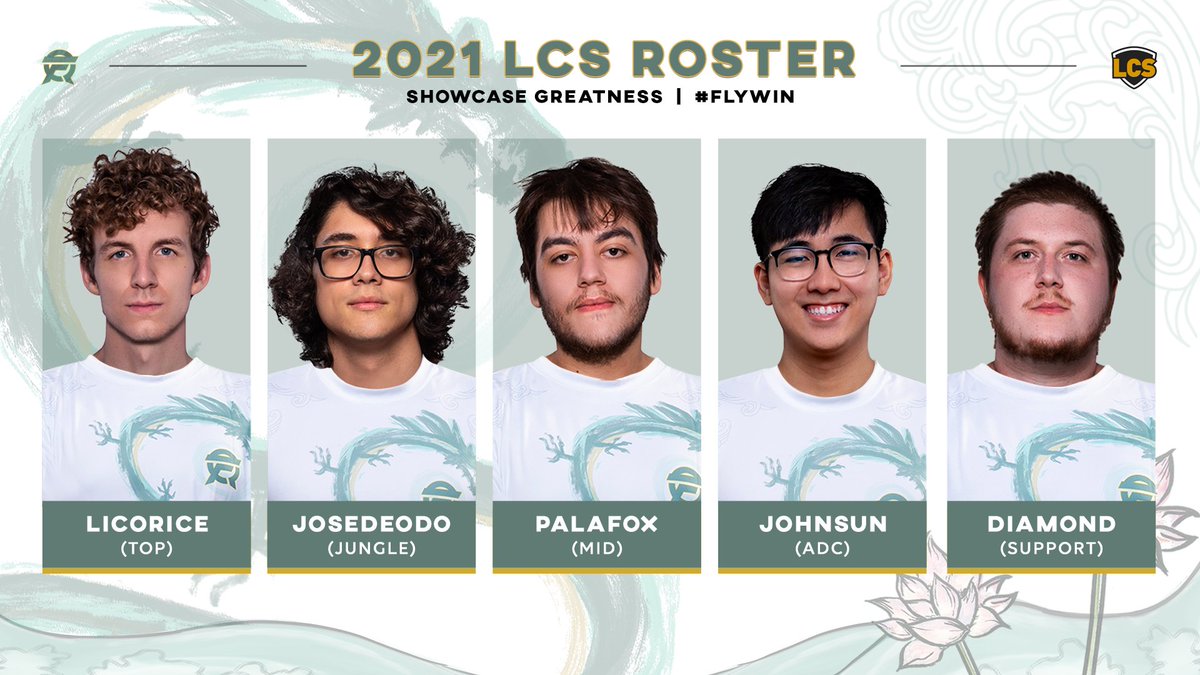 The reason why FlyQuest gets a C minus here is simply because of how depleted the squad looks when compared to the 2020 season. Other LCS teams acquired almost all their starting roster. This left FlyQuest with no option other than to build a new one.

100 Thieves retained only their top laner Kim “Ssumday” Chan-ho, and acquired four of Golden Guardians’ previous roster. These players include Tanner “Damonte” Damonte, Choi “huhi” Jae-hyun, Can “Closer” Çelik, and Ian Victor “FBI” Huang. The synergy between Closer and Damonte will help for the 2021 season but you need more than just synergy in the LCS.

Dignitas gets a D minus because it has done nothing major for the 2020 season. Like Golden Guardians, they chose to go with young talent rather than experience. Although the organization parted ways with their head coach Thomas “Thinkcard” Slotkin, there is no major change in the roster. The organization brought in Aaron “FakeGod” Lee and Max “Soligo” Soong who are all products of the 100 Thieves Academy.

While not all 2020 LCS offseason rosters are complete, you can already see how teams are coming together for the new season. The teams to watch this season are Cloud9, Team SoloMid, Team Liquid, and Counter Logic Gaming. But FlyQuest, 100Thieves, and Evil Geniuses may just be the dark horses of the season while Dignitas and Golden Guardians will probably struggle.