Dota 2 and MOBAs often require detailed knowledge of the game to get an understanding of the ongoings. Understanding MOBAs can be difficult but it also opens opportunities to profit by betting on these matches. Dota 2 especially has a wide array of esports bets. A seasoned esports bettor with decent experience of betting on MOBAs can make fast returns by betting on Dota 2.

Here are a few tips on how to approach betting in Dota 2 esports and how to maximize profits and returns with the best bets.

Absolute bloodbath with an Ultra Kill from Nisha to top it off!#SecretDota pic.twitter.com/TBk9k8Pqtt

The best way to learn and understand Dota 2 is to watch professional games. As casters talk about certain plays and the mindset behind them, viewers can get a better understanding of how teams approach their matches. Some teams have a focus on the laning phase while others play a slow methodical game. Evil Geniuses might rely on Artour “Arteezy” Babaev’s farm while a team like Invictus Gaming could see a heavier focus on teamfights and grouping up in the mid-game.

There are many ways to watch Dota 2 esports games, including using the in-game client, official Twitch streams or even community broadcast re-streams.

Live Betting is your best friend

Dota 2 is a complex game. The in-game scoreboard might show one team holding a clear advantage but the reality could be very different. It all depends on a team’s approach to the game and the draft. Some drafts require teams to press their early-game advantage and prevent the enemy from farming for the late game. Some teams might pick heroes such as Medusa or Terrorblade, sit back and farm for the late game. In such situations, it is not uncommon to see one team pull ahead despite the XPM and GPM graphs favoring the team with fewer kills.

Emotions are your enemy

It is easy to back the underdogs in Dota 2. As teams make their comeback into games, the odds see massive swings. But as a bettor, it is important that you understand how certain items or levels/talents can swing team fights. This understanding helps you place a correct bet on the winning team. Live betting allows you to play the odds and get higher returns than normal. 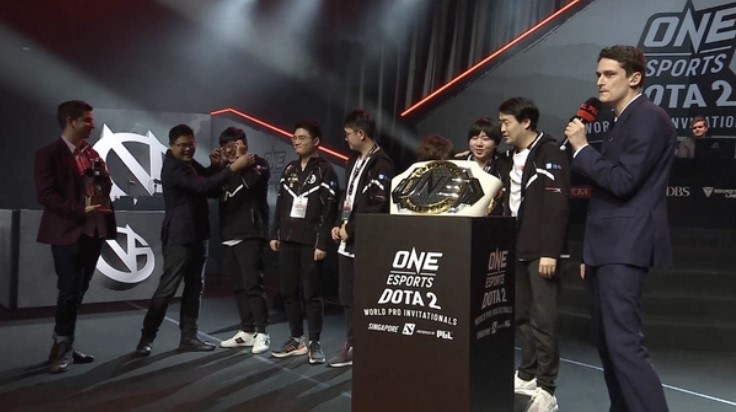 The LAN vs Online argument is very valid in Dota 2 games. Some teams perform exceptionally well in online matches, while some of the more experienced players shine on LAN. Alliance topped the DPC Season 1 group stage but failed miserably at the ONE Esports Singapore Major. Similarly, PSG.LGD and Vici Gaming had underwhelming performances in the online phase, but had a dominant run from the Wild Cards to the playoffs at the Major.

Having an impartial view of the match is crucial to make profit in betting. Emotions can often lure you to place bets on your favorite team, even if the analysis does not favor them.

Dota 2’s complexity and the constant changes in meta make it one of the best games to make a profit with esports betting.