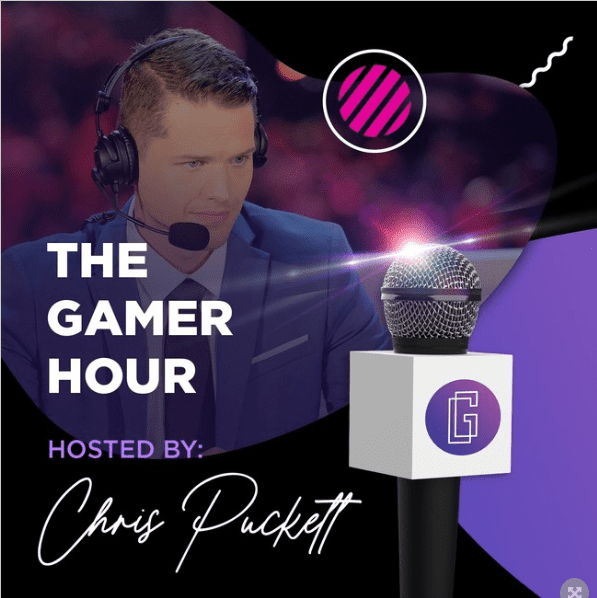 Where Celebrities Come to Talk Esports and Gaming: Esportz Network

IRVINE, Calif., Aug. 4, 2020 /PRNewswire/ — In what promises to be the most unique and exciting half hour in gaming programming, Esportz Entertainment Corp. / Esportz Network, (https://www.esportznetwork.com), one of the largest global esports news organizations, has signed esports Hall of Fame broadcaster Chris Puckett to host the company’s intriguing new esports entertainment talk show, the Gamer Hour.

The Gamer Hour will be a 30-minute weekly show featuring the world’s top celebrities sharing their gaming interests among other interesting topics from their celebrity lives. The show seeks to appeal to dedicated gamers and casual gamers through the draw of its celebrity guests.

The Gamer Hour will begin filming in mid-September at the iconic New York City Times Square Reuters studio and be produced by Reuters Broadcast Solutions.

“Inspired by the history of late-night shows, we’re excited to be working with Chris Puckett, a highly-respected broadcaster in esports to take gaming programming to a whole different level,” said Mark Thimmig, chairman and CEO of Esportz Entertainment Corp. / Esportz Network.  “With this show, Chris will join the ranks of other popular late-night TV hosts. We look to go where no gaming show has gone before. With access to 32 media distribution platforms, providing video-on-demand and streamed formats, we expect a wide global distribution.”

During a varied gaming career going back to 2002, Puckett has been an esports broadcaster, player, producer, tournament lead, and commentator. Starting as a professional player in the early competitive scenes of Halo and Call of Duty, he quickly became one of esports’ top personalities. Since Overwatch League’s inaugural season in 2018, his two years as a primary host helped pave the way for his ongoing success. Most recently, Puckett could be seen casting for the PAX Arena VALORANT Invitational, part of Riot Games’ Ignition Series.

“This will be the most exciting half hour in gaming programming,” Thimmig added. “We are launching a new kind of gaming show where gamers and those interested in esports will have a chance to hear from notable celebrities about their favorite games and gaming experiences along with expert game reviews and other important news from around the gaming industry.”

While guests will be welcome in the Reuters studio, the show expects some of their initial celebrity guests to be joining the show remotely from their home or office.

You can also hear more from Puckett in Mitch Reames’ interview on the Esports Network Podcast, https://www.esportznetworkpodcast.com/chris-puckett-gamer-hour.

Those interested in sponsoring The Gamer Hour or appearing as a show guest can reach out to Esportz Network at [email protected].

Esportz Entertainment Corp. is located at the epicenter of esports, surrounded by hundreds of the greatest names in game development, arenas, tournament play, and those who drive the global esports industry. Esportz Entertainment Corp. through its Esportz Network, currently amongst the largest global esports news networks, and a Reuters global partner for esports, is covering esports leagues, teams, athletes, along with the people and the companies behind the sport in a manner that matches the excitement and rapid global growth of esports. Esportz Network is developing additional high-quality programming directed to the broader esports /gaming audience and communities.

Apply for Where Celebrities Come to Talk Esports and Gaming: Esportz Network
Submit application I changed my mind